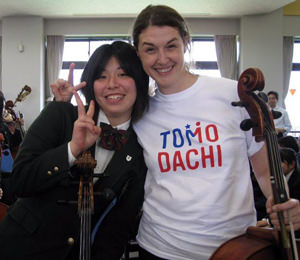 Cultural programs in sports, music and the arts provide gateways for Japanese and Americans to learn about and to develop enduring interest in each other’s cultures.  The TOMODACHI Initiative collaborates with many long-standing and prestigious cultural exchange programs, as well as with American and Japanese athletes, artists, musicians, and entertainers.

Whether it is teaming up with Major League Baseball to bring the joy and fundamental values of sports to children or helping young performers and artists to share their work, TOMODACHI is devoted to fostering an intercultural conversation between Japan and America.

TOMODACHI Suntory Music Scholarship Fund
The TOMODACHI Suntory Music Scholarship Fund provides Japanese students with the opportunities to obtain the skills and the international perspective necessary to succeed as a global musician in the 21st century. In addition, this music scholarship invests in young Japanese leaders who wish to contribute to a peaceful and prosperous society by appreciating the United States and Japan and each other’s cultures through music. 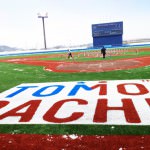 The Japanese people love baseball as much as Americans do. That’s why Major League Baseball (MLB) and TOMODACHI teamed up to provide American and Japanese children an opportunity to learn about the importance of communication and teamwork. This includes holding baseball clinics and providing baseball equipment to youth teams in the Tohoku area.

New Orleans-Miyagi Jazz Exchange Program
This exchange program sends middle school students from Kesennuma and Ishinomaki in Miyagi prefecture to participate in a jazz music exchange program. The Japanese students perform with student jazz musicians in New Orleans, Louisiana to build a strong connection between Japan and the U.S. through music. 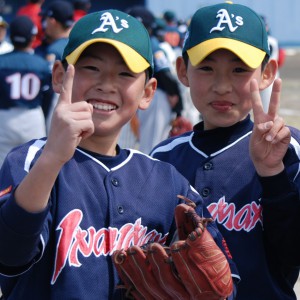 TOMODACHI Very Young Composers Fukushima-New York Program
This program deepens relationships between Japanese and American children ages 10‐15 in Fukushima and New York City, all of whom compose music for a performance by musicians of the New York Philharmonic.

Global Classmates
Global Classmates is an online language and cultural exchange program organized by Kizuna Across Cultures (KAC) that connects high school students studying Japanese in the U.S. and English in Japan.

Sports Camp of America
This program provides young children with an opportunity to experience an American-style summer camp. This camp is unique in that all of the camp counselors are American university students with sports and cheerleading backgrounds. 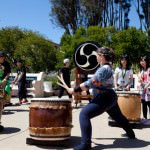 The Yamakiya Taiko Group traveled to the United States and performed in Washington, DC and Baltimore from April 9-16, 2012 as part of the annual Cherry Blossom Festival celebration.

Fukushima Kids Attend NBA Basketball Camp
The TOMODACHI Initiative partnered with the National Basketball Association (NBA) and the Japanese non-profit organization Frontier Minamisoma to sponsor the participation of 20 middle school students from Fukushima prefecture at the NBA Youth Camp in Tokyo on Jun. 15-17, 2012.