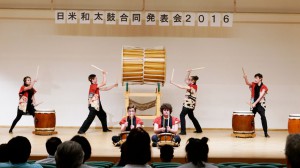 While in Mihama, students learned about the region’s culture and historical sites, visited a professional taiko company, performed for the public, and practiced with Rakko, Nihon Fukushi University Affiliated High School’s taiko club for a joint performance at the end of the week.  They also met members of the local business community at the Aichi America-Japan Society’s welcome reception. Read More>> 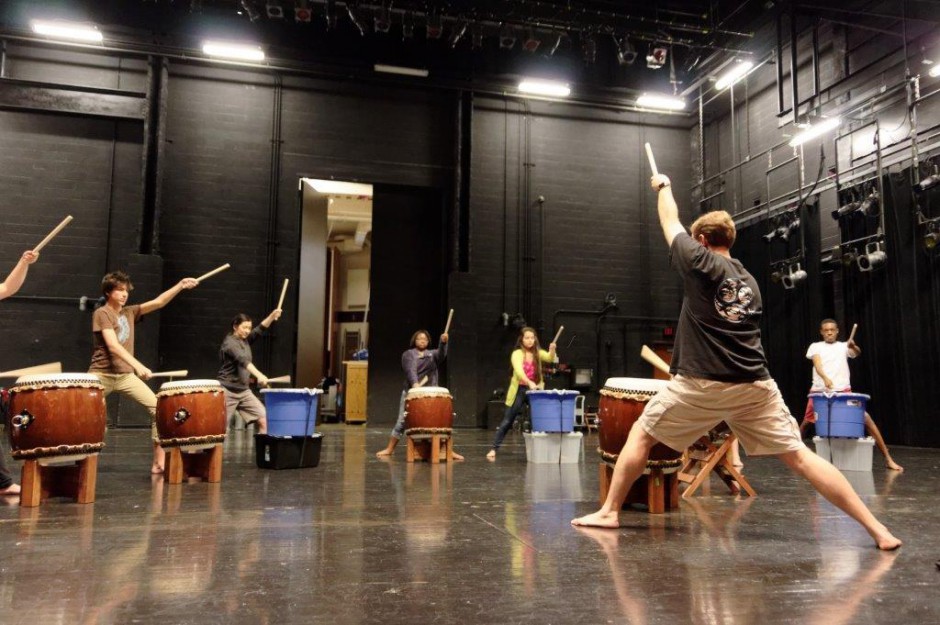 TOMODACHI NAJAS Grassroots Program-TOMODACHI Ties Through Taiko brought twelve students from Nihon Fukushi Daigaku High School in Mihama, Aichi prefecture, Japan to Pittsburgh from August 8-17, 2015.  These twelve students were members of their school’s award-winning Taiko program.  Seven Pittsburgh students, who were part of a community Taiko drumming group, also had the opportunity to learn Taiko drumming and work closely with the Japanese students. All the students worked together to perform a joint concert at the end of the exchange week.

During their time in Pittsburgh, the students visited city government, local arts organizations and museums, and a Japanese business to build their intercultural communication skills and understanding of the Pittsburgh arts community. Students learned about the role that arts organizations played in Pittsburgh’s renaissance and how they can continue their interest in the arts in their career, in their community, and across international borders.