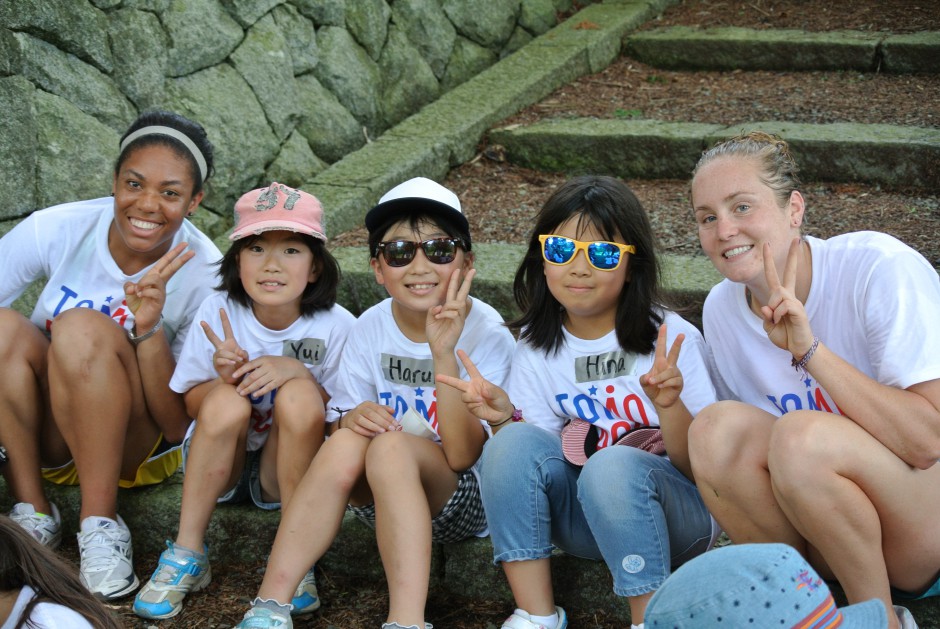 Sports Camp of America is a program which provides Japanese children an American summer camp experience.  All of the camp counselors are American university students with sports and cheerleading backgrounds.

KanKan Kids Sports Camp of America is a cross-cultural summer sports camp that allows Japanese students to experience U.S. culture through camp and American counselors. This program was a 3-night 4-day program in an English-speaking environment conducted by Athletic American College students acting as counselors. Through this camp, Japanese students learned English, about American culture, and that they can be part of a global community. Moreover, the American counselors were exposed to Japanese culture and youth and were able to discover the joy of positively impacting youth. 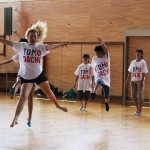 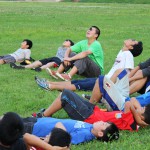 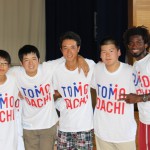 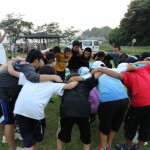 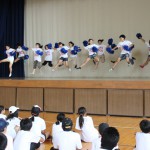 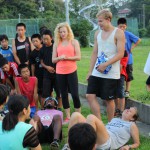 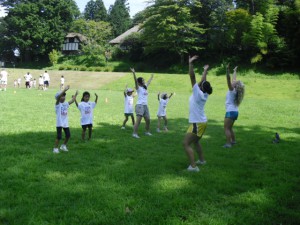 In the summer of 2012, the counselors included eight athletes from the University of California, Berkeley; the University of California, Davis; and the University of Southern California. Their sports included swimming, football, soccer, tennis, gymnastics and rowing. The TOMODACHI Initiative, the Sports Camp of America (SCOA) and O.G.A. FOR AID sent 40 children between the ages of 6 and 12 from Minami-Sanriku, Miyagi Prefecture to the American-style summer camp on August 15-16, 2012. The summer camp took place at the San San Kan in Minami-Sanriku, a town that was devastated by the earthquake and tsunami that struck Japan on March 11, 2011.

The boys and girls from Minami-Sanriku had the chance to play football, frisbee, soccer, and cheer dance while simultaneously practicing their English in a fun and challenging environment. They were also introduced to traditional American camp activities and games such as “capture the flag,” potato sack races, balloon tosses, and making the delicious treat of “s’mores” around the campfire.