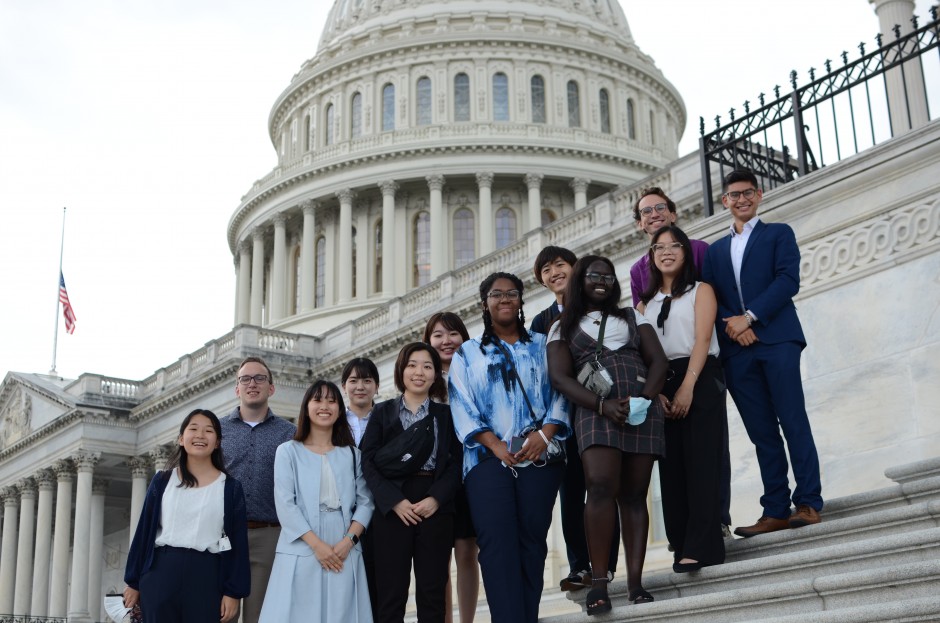 From August 8 to August 19, 2022, Building the TOMODACHI Generation: Morgan Stanley Ambassadors Program was held after a two and a half year hiatus due to the ongoing coronavirus pandemic. Eight university students from Japan and six U.S. students participated in a two-week program in Washington, D.C., where they studied civil society, cross-sector partnerships, and how to leverage that understanding to address social challenges in Japan and the United States with students in the U.S.

Their first week of the program consisted of a structured series of lectures, panel discussions, and conversations with experienced professionals from government institutions, distinguished nonprofits, corporate foundations, and other entities. During the program’s second week, participants separated into three teams and put their knowledge into practice by developing an innovative civil society initiative that sought to tackle a current problem in Japan.

On August 19, each team presented its civil society initiative proposals culminating in the program. Team Kaika’s focused project on developing an alternative transportation option for elderly PWPDs provided by civic-minded university students in exchange for college credit. Team Mirai Innovators wanted to create a safe and accepting forum for 20-30-year-old Japanese women who feel loneliness and isolation. Team Mochi Lovers sought to create an organization that would bring awareness to the issue of child abuse and advocates for more significant government funding for caseworkers and foster families. At the end of the presentations, the judges deliberated and picked one team as the winner: Team Kaika.

On August 23, the students attended a virtual debriefing session with representatives from Morgan Stanley. The students could present their projects and Chief Administrative Officer David Richards gave a presentation on Morgan Stanley, including their core values.

In reflecting on the program, Yoko Suzuki said, “This was a life-changing experience for me. Even though my project team struggled to find a research question, I learned a lot about the importance of respecting each person’s strengths and how to work together as a team. I learned many things I can only experience in the U.S. I will learn more and more based on what I experienced during the program.”

Sep 01, 2022
ABOUT US
PROGRAMS & ACTIVITIES
NEWS & MEDIA
GET INVOLVED
CONTACT US