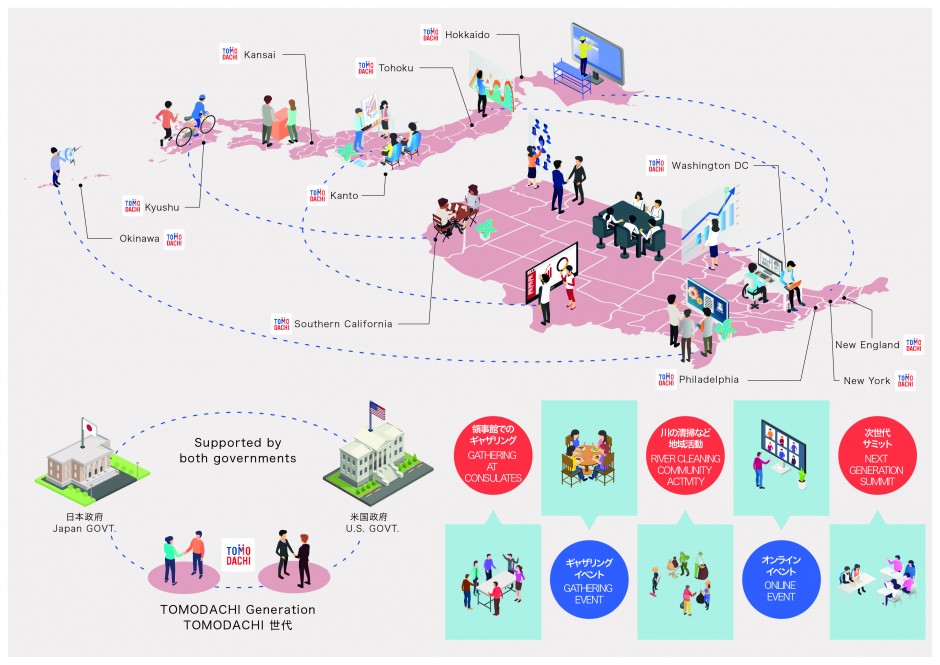 With just under 10,000 alumni* who have come out of over 300 TOMODACHI programs since inception, it can be a challenge to reach everyone. Still, the power of the TOMODACHI Generation is the network and the high engagement of youth and young professionals who are inspired to stay connected and become active leaders in their respective communities and regions, and of society as a whole.

The TOMODACHI Alumni Regional Framework is a big part of this structure as it aims to ensure that we are reaching our alumni by having representatives across Japan and in the United States. Japan will be split into six regions that coincide with the five U.S. Consulates across Japan and the U.S. Embassy in Tokyo. We are expanding to the United States for the first time in 2022, and will be starting off with the regions listed below.

In order to support this framework, we have developed roles and responsibilities for Regional Representatives to lead, engage, and connect alumni in their respective regions and to be active leaders in their regions for a more vibrant future for their communities and countries.

Under this framework, the Regional Representative will bring together alumni for networking and skills-building events, and share opportunities that are available only to TOMODACHI alumni. They will also work closely with other volunteers in the region to increase outreach in key areas and provide information about TOMODACHI.

This new framework builds upon the TOMODACHI Regional Impact for Social Empowerment (RISE) Leadership Program, and on the shoulders of previous Regional Leaders and Regional Mentors who took the time to develop these communities of TOMODACHI Alumni throughout Japan since 2016. We thank them for their support and commitment to bolstering this community of leaders, movers, and shakers.

*For 2022, we will start with these regions, but may expand to other regions in later years. 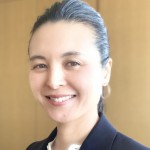 Yumiko Miura is the 2022-2023 TOMODACHI Alumni Regional Representative of the Tohoku-Hokkaido Region, and is an alumna of the 2016-2017 TOMODACHI MetLife Women’s Leadership Program. Yumiko is Senior Director of the Business Development Division at Amino Up Co., Ltd., a biotech company in Sapporo, Hokkaido. Collaborating with medical doctors, researchers, and industry professionals, Yumiko has been working on the development of the international healthcare market for more than 20 years. She is also working on an international exchange program, which encourages the local students of Hokkaido to communicate with multinational researchers. She received her B.A. in commerce and MBA from Otaru University of Commerce. Her hobbies include golf and traditional Japanese tea ceremony. 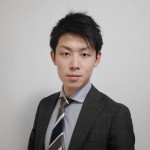 Ryota Konno is the 2022-2023 TOMODACHI Alumni Regional Representative of the Tohoku-Hokkaido Region, and is an alumnus of the TOMODACHI Summer 2012 Coca Cola Educational Homestay Program. Since his first participation as a high school student, he has participated in numerous TOMODACHI alumni programs. Even now as a member of society, he is actively involved in TOMODACHI’s activities in order to give back to the community with Tohoku and his hometown he cultivated through TOMODACHI. Originally from Namie Town, Fukushima Prefecture, he was able to move back after the government deemed the area safe to live again, and is currently working at Namie Town Hall. He is a graduate of Waseda University Graduate School of Sport Sciences. 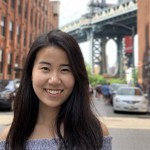 Reika Ishii is the 2022-2023 TOMODACHI Alumni Regional Representative of the Kanto Region, and is an alumna of the 2017 TOMODACHI Daiwa House Student Leadership Conference in Boston. She graduated from Wellesley College with a degree in Economics and is currently working in the investment banking division at Morgan Stanley in Tokyo. Reika is passionate about gender equity and global health issues, and has led workshops in rural areas in Kenya during her time in college. She is currently on the steering committee of Morgan Stanley’s Women’s Business Alliance and hopes to create a more robust inclusion of women in the corporate sector. 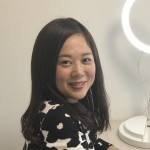 Yumiko Kurii is the 2022−2023 TOMODACHI Alumni Regional Representative of the Kansai-Chugoku-Shikoku Region, and is an alumna of the 2018-2019 TOMODACHI MetLife Women’s Leadership Program. After 13 years of her career in journalism, she changed her job and jumped into a totally new industry, a chemical and paint manufacturing company. Yumiko now collaborates with global partner companies to brush up their sustainability management. Throughout this experience, she has been learning that diversity often causes conflicts but gives resilience to business. She recently got into baking, running, sewing and table setting. With the results of her hobbies, she is a midnight instagrammer. 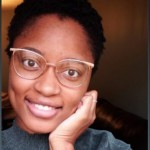 De’Jia Long-Hillie is the 2022-2023 TOMODACHI Alumni Regional Representative of the Kansai-Chugoku-Shikoku Region, and is an alumna of the 2019-2020 Toshizo Watanabe Scholarship Program that made it possible for her to study abroad for one semester during her senior year at the Center for Japanese Studies at Nanzan University in Aichi Prefecture. De’Jia graduated from the University of Maryland, Baltimore County with a Bachelor’s of Arts in Global Studies with a concentration in International Affairs. She is now living out her seven-year goal of serving as a U.S. cultural ambassador and English teacher on the Japan Exchange and Teaching Program. De’Jia has been engaged with Japanese cultural exchange events in many capacities throughout her life. During high school, she served as the president of the Japanese culture club and participated in National Japanese language and culture competitions. In college, she volunteered as a committee chair for the Annual Sakura Matsuri held in Washington D.C. De’Jia is eager to continue promoting mutual exchange between the United States and Japan as an Alumni Regional Representative. 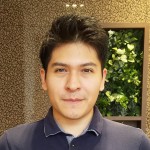 David Palacios is the 2022-2023 TOMODACHI Alumni Regional Representative of the Kyushu Region. After graduating from community college in his hometown of Sacramento, CA, David transferred to Tokyo International University and was part of the first cohort of the Watanabe Toshizo Scholarship Program in 2018. After two years of attending university in Japan, David feels comfortable communicating in Japanese, in addition to English and Spanish. David has worked in the U.S. nonprofit and government sectors, but he now works in Saga Prefecture as the city’s Coordinator for International Relations. As an International Relations major, he aims to use his skills and experience to not only bring people together through cultural exchange but to also use those connections to address global issues related to social inequality, poverty, education and human rights. 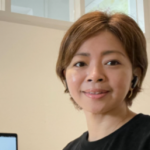 Haruna Aka is the 2022-2023 TOMODACHI Alumni Regional Representative of the Okinawa Region,  and is an alumna of the 2018-2019 TOMODACHI MetLife Women’s Leadership Program. She serves as Manager of the sales support operations division of an IT company, collaborating on projects with people from various countries including the United States. She is also learning and practicing coaching to improve organizations and further personal and professional development of her staff. She realizes the need to accept change, understand one’s strengths, and see the importance of building a network that goes beyond boundaries. Haruna hopes to have the opportunity to accomplish her mission and enjoy interacting with many people as the Alumni Regional Representative. 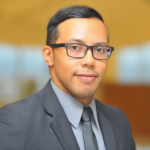 Felix Garcia is the 2022 TOMODACHI Alumni Regional Representative of the Massachusetts Vicinity Region and an alumnus of the TOMODACHI Daiwa House Student Leadership Conference in Boston in 2017. He holds a Bachelor’s of Science in Information Technology with a concentration in Business Intelligence and a minor in Japanese at the University of Massachusetts Boston. At UMass, he was President of the Japanese Language Club, where he organized events to promote Japanese culture and foster a sense of community among students. He is also an alumnus of the Latino Leadership Opportunity Program (LLOP) at UMass Boston and of the Hack.Diversity program, which designed to address the underrepresentation of Black and Latinx employees in the tech industry. He currently works at Rapid7 as an IT Business Analyst of Automation. 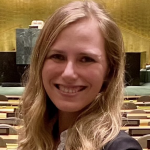 Sarah O’Connell is one of the 2022 TOMODACHI Alumni Regional Representatives of the New York Vicinity Region. She is a TOMODACHI alumna of the TOMODACHI Daiwa House Student Leadership Conference in Washington D.C. in 2016, inspiring her to move to Sendai, Japan and further pursue a career in international relations. During her three years in Sendai, Sarah was actively engaged in disaster relief efforts and community outreach, joining the TOMODACHI Disaster Resilience Leadership Program to present with other alumni at the World Bosai Forum in 2017. Currently Sarah resides in New Jersey, where she continues to pursue her interest in foreign diplomacy, focusing on public relations, disinformation, and information security. She hopes that through becoming a regional leader she can inspire others to find their passions and provide the resources they need to achieve their goals Currently she works as a Public Relations Specialist for the Permanent Mission of Japan to the United Nations, focusing on issues of revitalization, disinformation, public outreach, and empowering the next generation. 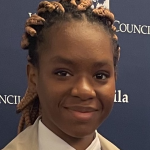 Fatoumata Bah is one of the 2022 TOMODACHI Alumni Regional Representatives of the New York Vicinity Region. Originally from New York City, she first participated in the TOMODACHI Internship Program in the Spring of 2019. Through the initiative, she learned the importance of self-empowerment and exploring different ideas to create change. Going out of her comfort zone, she went to Japan, shared her experience with Japanese high school students about American culture, and in turn learned about Japanese culture. She joined the 2020 TOMODACHI Critical Conversations Series and shared her knowledge and passion about sensitive issues such as Black Lives Matter. As an alumna, she wants to create an environment where other alumni can have a space to explore their interests in leadership and gaining the necessary skill sets they need while cultivating Japanese and American relationships. She graduated from Temple University with a major in Global Economics and is commissioned as an Officer in the United States Military. 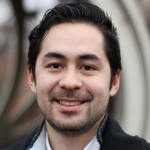 Kekoa Erber is the 2022 TOMODACHI Alumni Regional Representative of Washington, D.C. Vicinity Region. As an alumnus of the TOMODACHI Daiwa House program in Chicago in 2017, he attended the 2018 U.S.-Japan Council Annual Conference in Tokyoand is now also an Associate Member of the U.S.-Japan Council. Currently, Kekoa works as the Government Relations Associate at the Association for Psychological Science (APS) in Washington, D.C. where he advocates for support for psychological and behavioral science. He is pursuing a Master of Arts in Security Policy Studies with a concentration in Transnational Security from George Washington University. His research interests include the security of East Asia and environmental security. Kekoa holds a Bachelor of Arts degree from DePaul University in Political Science and Psychology. While in undergrad he completed two short term study abroad trips to China and to Okinawa, Japan.

Juan Hernandez is the 2022 TOMODACHI Alumni Regional Representative of the California Vicinity Region. His initial involvement with TOMODACHI started in 2013 as part of the second cohort of the TOMODACHI MUFG International Exchange Program. More recently, he took part in the TOMODACHI Daiwa House Student Leadership Conference in Los Angeles in 2018, and was selected as a panel speaker at the 2018 U.S.-Japan Council Annual Conference held in Tokyo. Since then he has built a life-long relationship with his host family from his initial program and believes that the next generation of leaders between the U.S. and Japan are fostered by such experiences and is committed to this initiative. With a degree in Mechanical Engineering, he hopes that technology can serve as a bridge to better diplomatic relationships. He is currently working for Honeywell, a diversified manufacturing and technology company, as a system engineer. He is responsible for accessing systems, determining problems and brainstorming possible solutions or improvements that could be made.