This two-day training program aims to build the capacity of TOMODACHI Generation young leaders and provide them with both practical skills and theoretical knowledge in the fields of disaster preparedness, disaster management and Psycho Social Support. It also provides TOMODACHI alumni with the opportunity to interact with other alumni who are interested or involved in disaster relief and Psycho Social Support, building a strong network of young leaders passionate about making an impact.
Upon completion of the training, participants received a “Certificate of Participation” and were encouraged to participate in disaster relief activities and other socially impactful projects both in Japan and abroad.
This program is funded by as a part of TOMODACHI Alumni Leadership Program sponsored by The Prudential Foundation. It is implemented by the TOMODACHI Initiative in partnership with Peace Boat and Japan IsraAID Support Program (JISP). 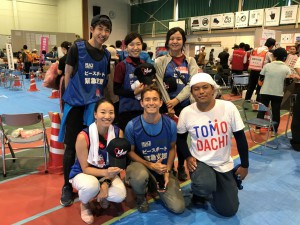 From August 6 to 10, 2018, a TOMODACHI team consisting of five alumni and one staff member traveled to Mabi-cho, Kurashiki City in Okayama Prefecture to join relief efforts on the ground in response to the Western Japan Floods (also known as the July Floods) that flooded rivers in multiple locations, bringing on waters as high as two stories and landslides that left thousands of homes damaged or destroyed with many hundreds of people displaced across western Japan.

As part of the TOMODACHI Alumni Disaster Response Training Program, the team joined efforts with Peace Boat Disaster Relief Volunteer Center (PBV) that focused its efforts in a town called Mabicho. Robin Lewis, alumnus of the TOMODACHI NGO Leadership Program supported by J.P. Morgan, led the team in supporting three main core areas of focus. He outlined them below as: 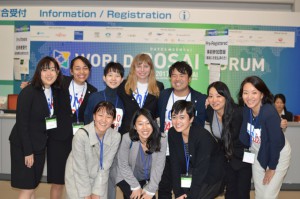 On November 27th 2017, the TOMODACHI Alumni Disaster Resilience Training (DRT) Program concluded with final presentations about the program at the 2017 World Bosai Forum held in Sendai, Japan. The international forum was attended by professionals and experts in the field from over 40 countries.

This TOMODACHI Alumni DRT Program began after the Third United Nations World Conference on Disaster Risk Reduction (WCDRR) which was held also in Sendai, Miyagi Prefecture in March 2015 to respond to the need for more representation of youth in the engagement and awareness of disaster preparedness, disaster response, and disaster resilience, and it was a very special opportunity to be able to come full circle to attend this international forum and be on the same footing as these experts and professionals to share the impact that we have created in these past two years. Read More>> 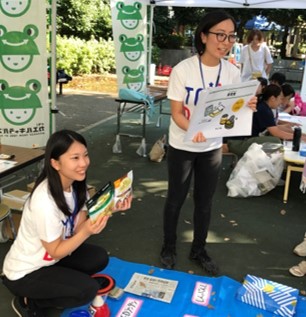 On September 2-3, 2017 the forth TOMODACHI Alumni Disaster Resilience Training Program: Tokyo Workshop took place in Shinjuku, Tokyo. Eleven alumni from across Japan joined the workshop focused on Disaster Preparedness and Leadership Training (Day 1) and Volunteer activities for Disaster Risk Reduction (Day 2). On the first day, alumni received training on bosai maps, situational preparedness, presentations on past disasters and other learning activities. With a bosai map of all the relevant spots during a disaster, the group took a walk around the neighborhood of Shinjuku to make sure they know what to look out for (i.e., water spots, schools to evacuate to). Read More>> 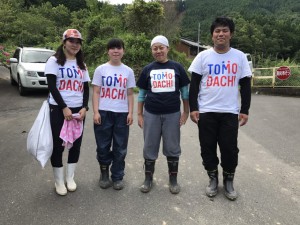 Starting on August 2, 2017, three TOMODACHI alumni participated in three days of volunteer activities with the Peace Boat Disaster Relief Volunteer Center in Toho, Fukuoka prefecture. The alumni went as part of the TOMODACHI Alumni Disaster Resilience Training Program to northern Kyushu to support the areas devastated by the floods. On the first day, the participants visited the disaster-affected areas to evaluate the severity of the disaster and the recovery progress, and received an orientation on the volunteer activities. On the second day, the participants visited a home in Toho to remove dirt and help clean the house. They also cleaned the joists of the house since all three alumni have experience with flooding above ground level. The alumni also built a flood bank to prevent a secondary disaster from any heavy rainfall and provided psychological support by talking to the people affected by the floods. Read More>> 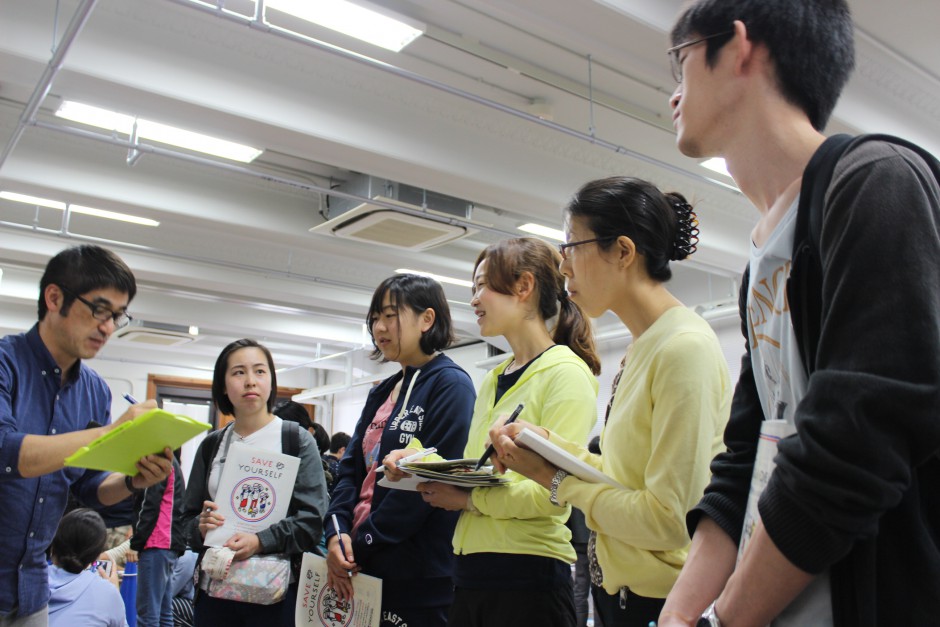 The third TOMODACHI Alumni Disaster Resilience Training Program: Kobe Workshop took place from June 3 – 4, 2017. Begun in 2016, the training program will take place a total of 5 times. 19 TOMODACHI Alumni from various regions in Japan participated in the Kobe workshop, more than half of whom experienced the Great East Japan Earthquake. Alumni who did not experience the earthquake participated with the resolve to prepare for the next potential disaster and gain the ability to take action. Read More>> 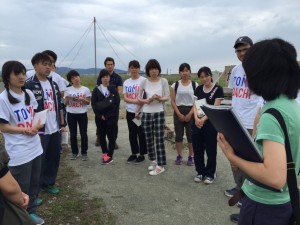 During July 2-3, 2016, alumni from across Japan gathered in Ishinomaki, Miyagi Prefecture to take part in the 2nd TOMODACHI Alumni Disaster Resilience Leadership Training Program. The two-day training prepared alumni through in-depth classes of stress management, danger assessment, and volunteer leadership. Participants of this program were largely students who are mindful to stay involved with disaster relief efforts on a regular basis.  The program strived and succeeded in giving these volunteer experts in the making with something new in the field of disaster relief.  One alumni commented, “I feel like this program tackles disaster relief from new perspectives. It feels very real to me.” Read More>> 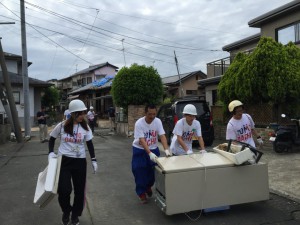 Five TOMODACHI alumni visited some of the most remote areas in Kumamoto prefecture to help local residents rebuild their lives after the devastating earthquake on April 16, 2016.

Organized by Japan IsraAID Support Program (JISP) and Peace Boat, as an extension of the TOMODACHI Alumni Disaster Resilience Training Program, this relief mission was an opportunity for the four alumni from Tohoku who experienced the Great East Japan Earthquake and for one alumnae from Kumamoto Prefecture to utilize the skills they learned while participating in the alumni leadership program supported by Prudential Foundation, in January 30-31, 2016. Read More>> 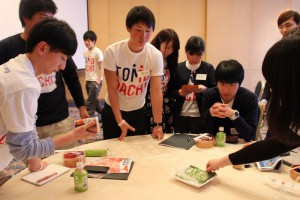 TOMODACHI Initiative conducted a two-day training program for 20 TOMODACHI Generation alumni in Tokyo, together with Peace Boat and Japan IsraAID Support Program (JISP), as a pilot for the “TOMODACHI Disaster Risk Reduction and Resilience Training” program in Tokyo on January 30-31, 2016. Read More>>
ABOUT US
PROGRAMS & ACTIVITIES
NEWS & MEDIA
GET INVOLVED
CONTACT US