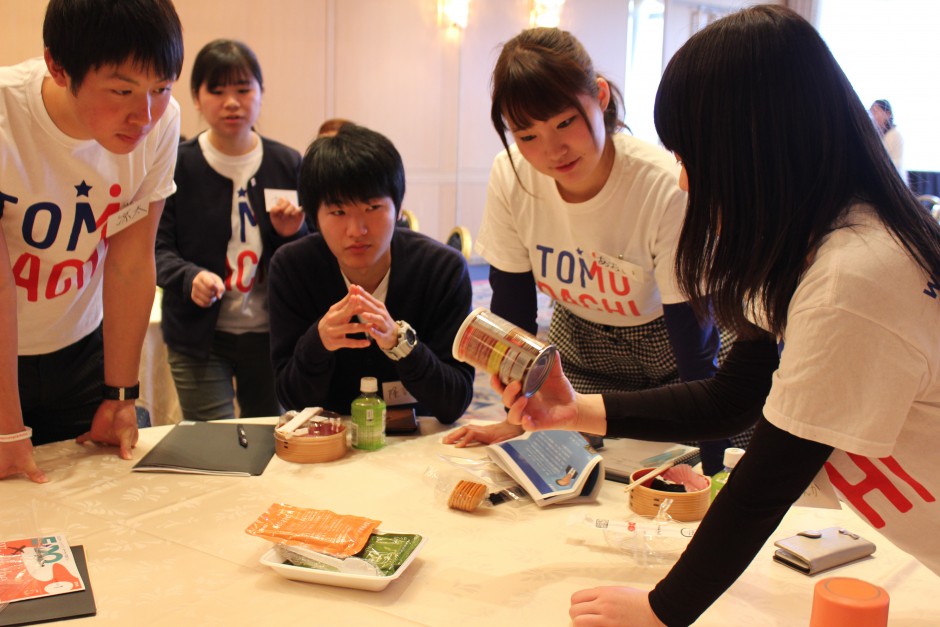 The training was conducted by TOMODACHI Alumnus Robin Lewis, as well as Peace Boat trainers and Japanese psycho-social specialists from Japan IsraAID Support Program (JISP). Peace Boat is a Japan-based international non-governmental and non-profit organization that works to promote peace, human rights, equal and sustainable development and respect for the environment. JISP is a non-profit humanitarian organization that promotes access to self-sustained, high-quality psycho-social services for various communities in Japan. 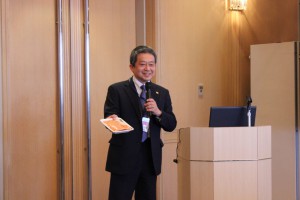 On January 31, Mr. Taiyo Okada from JISP conducted a session on “Emergency Assistance and Stress Management” focusing on mental health. Participants learned various stress management methods, one in particular called “BASIC-Ph” can be used in everyday life, but especially during the time of the disasters and crisis. Shota Sakurai, from Iwaki City in Fukushima Prefecture is an alumnus of the TOMODACHI Coca-Cola Educational Homestay Program 2014. He said, “It was interesting to brainstorm stress management types according to my personality since I learned there were various channels people deal with in order to handle stress.”

After the workshops, alumni were divided into three groups according to where they were from: Fukushima, Miyagi and Iwate, as well as the Kanto region. Each group discussed various needs within their communities and came up with their own action plans. Both the Fukushima group and the Miyagi Iwate group presented short-term goals to create hazard maps and spread the word of what they learned today through social media outlets. The Kanto Region group came up with a long-term goal of preparing disaster preparedness guidelines in multiple languages in order to make sure everyone has access to information during a disaster. 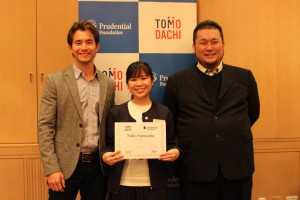 Upon completion of the training workshop, participants received a “Certificate of Participation”. The program was made possible with the generous support of The Prudential Foundation as well as generous support of the Japan Airport Terminal Co., Ltd.

Feb 23, 2016
ABOUT US
PROGRAMS & ACTIVITIES
NEWS & MEDIA
GET INVOLVED
CONTACT US