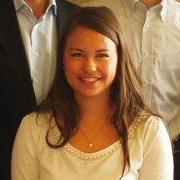 Emi Kamemoto, a Japanese-American student at the George Washington University in Washington, D.C. and TOMODACHI Initiative intern, recently participated in two TOMODACHI youth dialogues in Tokyo. The first session brought together a small group of Japanese and American university students to explore issues facing the next generation of leaders and ways that TOMODACHI can better engage with young Japanese and Americans. In the second session, a small group of students from Iwate Prefecture and American interns currently living in Japan discussed the topic “Being Young After 3/11”. Emi shared her impressions from the two dialogues.

Q: What do you feel you have learned from the TOMODACHI youth dialogues? A: I feel I have truly come to understand what great power young people have to affect change. I have found that my Japanese university counterparts are passionate, curious, and no longer willing to wait around for job prospects or the economy to improve. Instead they are willing to take chances, start their own companies, study abroad and work to expand their skill sets. The Japanese university students that participated in the TOMODACHI Youth Engagement Session were no different. We read a few articles to prepare for the session, some of which stated that Japanese youth were inward looking and unmotivated, but the students we met clearly contradict these statements. After talking to the students from Iwate Prefecture, I understood that many young people in Tohoku want the chance to share their stories and talk about March 11th. We discussed setting up discussions via Skype or other social media platforms in order to bring students from Tohoku and the United States together to talk about March 11th and the changes that have occurred since then.  He hope this will reignite interest in America to help in the recovery.

Q: What kind of things do Japanese young people feel they need or are looking for in order to realize their life goals and be motivated, proactive citizens?

A: Students mentioned that having senpai, or mentors, could help young people to realize what they do in their lives, including beyond conventional career routes that begin with entering the shukatsu, or job hunting system. Japanese and American students often end up settling for work in a career path that does not truly reflect their passions. This in itself creates a generation of unmotivated workers that may lack the efficiency and innovative ideas that those who love their work often have in abundance. One person during our discussions with the Iwate students mentioned that she would love to study outside of Japan and then bring the skills that she learned back to her community. Many young people from Iwate had dreams of making careers in the big cities of Japan, but now they are focusing on their hometowns. The destruction in Tohoku has motivated many students in Japan to aid in the reconstruction, because in a society that has often labels youth as apathetic or inward looking, they now see a place where their help is needed and wanted.

Q: Did you and the other students come up with any ideas for how TOMODACHI could better motivate and engage with the TOMODACHI Generation?

A: At the conclusion of the youth engagement session, we participated in an exercise designed to generate ideas that would help TOMODACHI connect and engage with college students. We discussed how to best utilize social media and also put forth original ideas including the transformation the US Embassy’s Tokyo American Center into a more youth-oriented facility that could be a workspace for students developing new ideas and a home for seminars and workshops, language exchanges, and other resources that would promote a stronger relationship between Japanese and American youth. We also received a lot of support from students for the idea of setting up a “TOMODACHI Connect” Facebook group to help connect university students in Japan and America. We hope that by putting together an online community we can better bring together students and student organizations in Japan and the United States to interact, exchange tips on language learning, foster study abroad in each others’ countries, and strengthen the relationship between Japan and the United States.