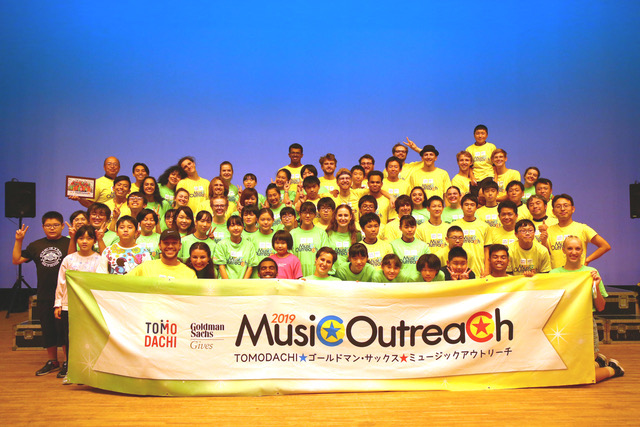 From September to November of 2019, the Young Americans conducted six workshops through the TOMODACHI Goldman Sachs Music Outreach Program. Over these two months, they visited public elementary and junior high schools in Iwate and Fukushima Prefectures in the Tohoku region.

Since 1992, the Young Americans have put on educational outreach music and dance workshops at schools and in their surrounding communities. The Young Americans work with elementary, junior high and high school students to create song and dance performances – all in just one or two days. Participants in this program, like all others who have taken part, learned to work together through the universal language of music, while respecting one another and discovering their own potential. Through exchanges with the talented and energetic cast of the Young Americans, the students gained confidence and were inspired to learn about different languages and cultures. 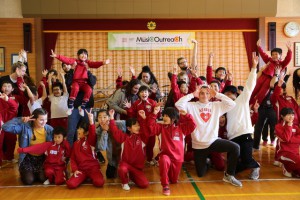 In 2019, this music outreach program was held six times at six different elementary and junior high schools, welcoming over 500 student and faculty participants. The students enthusiastically performed with the Young Americans in front of their families and the local community.

After the program ended, one student commented, “I felt so accomplished after doing the show. The best part was working together with the Young Americans and my classmates.” Another student mentioned that they wanted to continue studying English and attend a university overseas. Another remarked, “I’m now able to consider other people’s opinions and feelings. Everybody has unique thoughts and that is beautiful.” 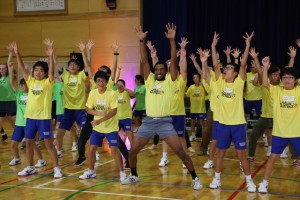 The students weren’t the only ones to give feedback. Teachers and parents commented on the changes they saw in the students. One teacher realized the importance of positive feedback and compliments in helping students grow. Another said, “The students learned it’s important to get out of their comfort zone. Once they can do that, they have infinite potential to become whoever they want to be.” Hearing parents share ways the program impacted their children was particularly meaningful. One parent said, “I was encouraged watching my kids be so free,” while another noted, “It made me realize, once again, how amazing children are.”

As reconstruction of Naraha in Fukushima has progressed, many have been able to return to their hometown. However, unfortunately, there is still a strong need for ongoing support. The principal of Naraha Middle School commented, “It’s been four years since we returned to our original location. Originally we had 250 students, but even after four years, only 28 students have returned. Our students are still in rather precarious situations given the devastation in the region. Despite many of our students’ difficult situations, the Young Americans program gave our students hope for the future and the courage to persevere.”

This program was made possible by generous support from Goldman Sachs Gives.