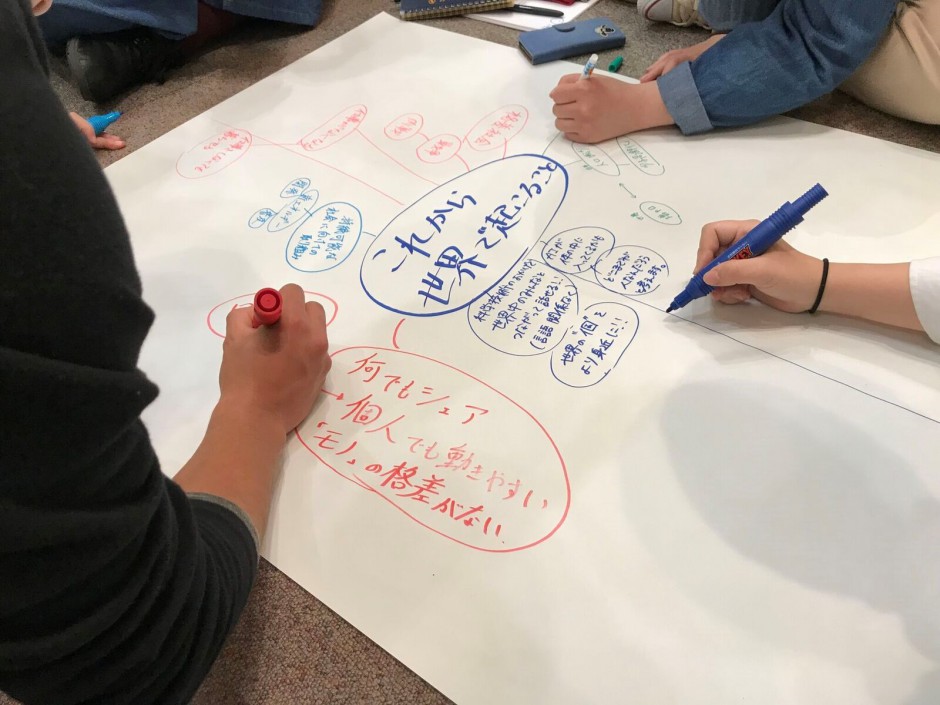 From March 22-25, the TOMODACHI Generation Global Leadership Academy (GLA) 2018 welcomed its 6th consecutive year back in Tokyo. The program was extended to four days and a total of 49 TOMODACHI Alumni (high school and college students) from Tohoku gathered at the National Olympics Memorial Youth Center. The program rolled out under the theme “Creating the Future Together” and focused on the concepts of cross-sector innovation and global leadership as we looked towards the future to 2050. The program has a built in a tiered-style leadership program that encourages alumni to continue to heighten their leadership skills through different roles – the program has a high school participant component, a college student leader component, and a college student staff member component. This program is made possible with generous support from the TOMODACHI Fund for Exchanges Donors: Toyota Motor Corporation, Mitsubishi Corporation, and Hitachi, Ltd.

Day One: The first day started off with a talk followed by an interactive discussion workshop by Mr. Takahiko Nomura of Future Sessions Inc. who set the tone of the next four days by focusing on the importance of cross-sector communication and how it leads to local innovation. The talks focused on the value of heightening one’s “being,” the creation of Innovation Facilitators through ownership, the importance of a “third place” besides work/school and home, and to share the understanding that impact should be measured through the tsunagari of people-to-people connections. In the afternoon, the alumni prepared questions for their field trips on tri-sector leadership that would take place the following day. 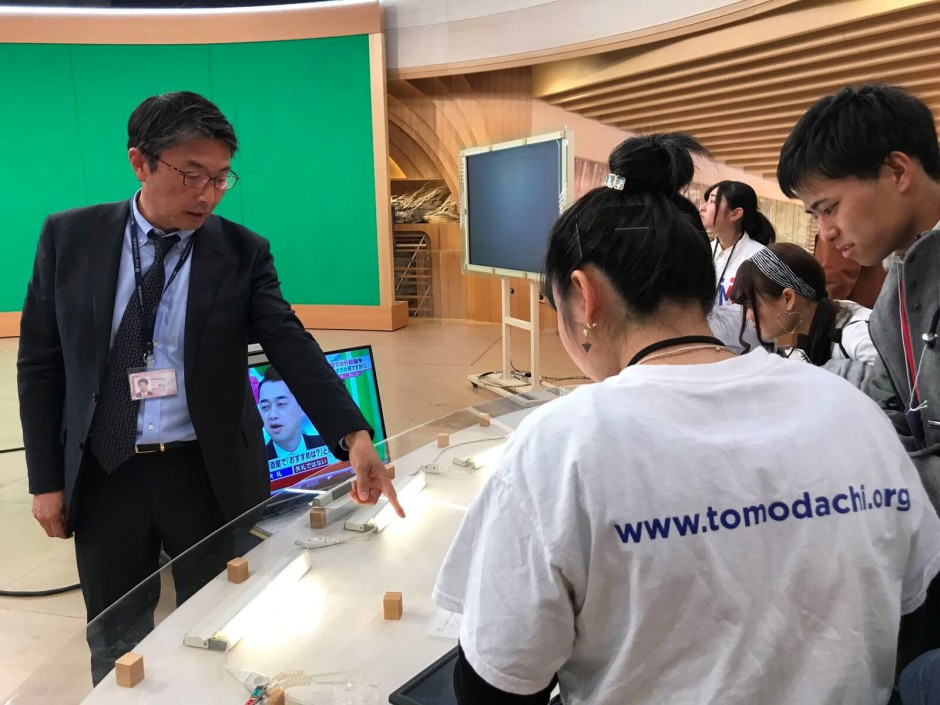 Day Two: The second day was broken up into two main sections: tri-sector field trips and the catalyst panel discussion. The participants were divided into five traveling groups to visit either a government, corporate, or nonprofit sector in the morning, and then traveled to a different sector in the afternoon. For example, if a team visited a nonprofit in the morning, they traveled to learn about a corporation in the afternoon. The government sector was represented by the Ministry of Foreign Affairs (MOFA), the Ministry of Economy, Trade, and Industry (METI), and the U.S. Embassy Tokyo. The corporate sector was represented by IBM, Pasona Inc., and Fuji Television Network, Inc. The nonprofit sector was represented by NPO Shapla Neer, NPO Florence, ETIC., and PEACE BOAT Disaster Relief Volunteer Center. Each location visited by the students prepared a tour, discussion, and Q&A session in which the alumni asked about what sort of future they envision and what goals they are working towards in each of their sectors. Hiroto Konno, who visited Pasona Inc., said “with open office spaces and gyms to take care of their ‘human capital,’ I was moved by the possibility of how people are redefining what ‘work’ is.”

Later in the afternoon, three Catalysts – Mai Yanagawa of Air Aroma Japan, Kenichi Bamba of Bridge for Fukushima, and Kazunori Ishii of the Kamaishi City Office – all with experience working in all three sectors spoke about their journeys and sat down for a panel discussion focused on what aspects of global leadership would be important for the years to come.

Day Three: On the third day, the group moved to Arcadia Ichigaya where they prepared for the Evening Reception in which all nine groups would present their ideas for the future in 2050. The Reception was attended by the ten locations that hosted the field trips, supporters from the U.S. Embassy and the Government of Japan, and by other donors and supporters who are committed to the future of these students. Mai Yanagawa, President of Air Aroma Japan commented: “All the presentations were excellent but I really felt strongly towards the group that wanted to create a society where henjin* can live comfortably and proposed creating a “Henjin Summit”. If they are successful in creating such an event, I would love to bring other henjins* and look forward to joining.”

Day Four: With the extension of the program, the last day was dedicated to reflections and sharing appreciation for one another, for the team, and for spending the last four days together. Shigetatsu Nishigai, participant from Team 1, shared his honest feelings at the end of the program: “Since I’ll become a college student in the Fall, I thought that this would be my last TOMODACHI program, but after joining the [TOMODACHI Generation Global Leadership Academy] I’ve received so much impact that I’ve decided to continue to stay involved with TOMODACHI from now on.”

* Directly translates to “weirdo” but that would not be a correct cultural translation. Coming from a homogenous society where being different has been seen as a bad thing, the word “henjin” in this case is used with affection to highlight and laud diversity.

Mar 20, 2018
ABOUT US
PROGRAMS & ACTIVITIES
NEWS & MEDIA
GET INVOLVED
CONTACT US