The announcement was made during the U.S.-Japan Council Annual Conference held between November 8th (Thurs) and 9th (Friday), attended by distinguished guests including U.S. Ambassador to Japan William F. Hagerty and government and business leaders central to the U.S.-Japan relationship.

The “TOMODACHI Amway Japan Foundation Tohoku Future Leader Program” is designed to emphasize the local charms of Tohoku and is a part of the Amway Japan Foundation’s Tohoku reconstruction project “Remember HOPE.” It will be offered for three years from 2019 to 2021. In its inaugural year, 2019, the program will support high school students residing in the town of Minami Sanriku in Miyagi Prefecture, where “Remember HOPE” has already been providing aid. The program participants will travel to the United States during an upcoming spring break in 2019 and will learn about the best practices of regional approaches for inbound tourism in the United States. The participants will then utilize their learning in the United States to revitalize their town further, based on a theme chosen by Minami Sanriku officials relating to tourism and the town’s resources.

To commemorate this partnership, Peter Strydom, Chair, Amway Japan Foundation commented, “We have established Amway Community Houses in Tohoku to provide spaces for people to come together and rebuild the bonds of community. Now that more than seven years have passed since the disaster, the reconstruction of Tohoku has entered a new phase. Through this program, we will support Tohoku youth, the leaders of the future, to develop leadership skills and generate innovative ideas to achieve the sustainable revitalization of their region.”

Further, Irene Hirano Inouye, the Representative Director and President of U.S.-Japan Council commented, “We are extremely grateful for the Amway Japan Foundation’s support for the vision of TOMODACHI. Since its inception, TOMODACHI, as a groundbreaking public-private partnership, has continued to contribute to the development of next generation leaders in Japan, including those in Tohoku. We hope that the participants will broaden their perspectives in the United States through this new program in partnership with the Japan Amway Foundation. We will support them as they take action and grow as leaders contributing to the further revitalization of Tohoku.” 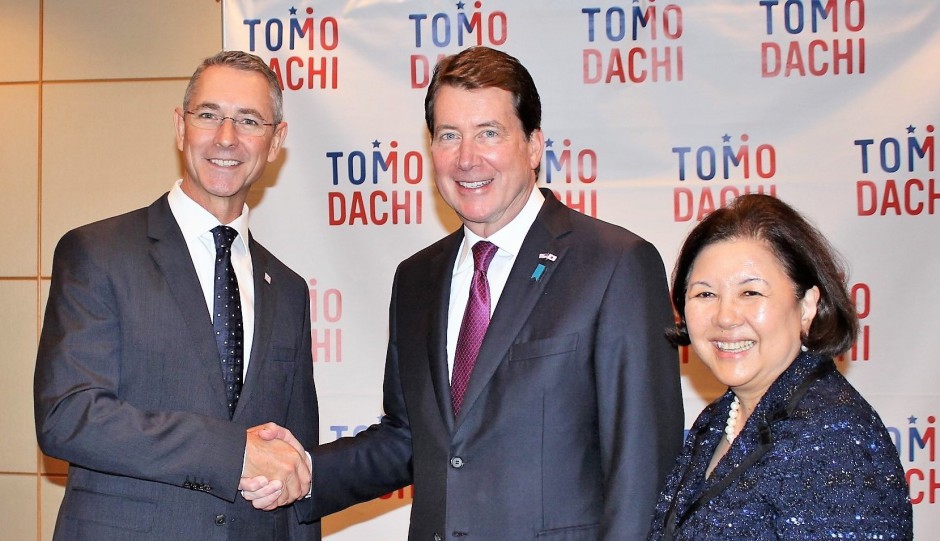 ◆About Amway Japan Foundation※1
Amway Japan G.K. started Remember HOPE in 2012 as a social contribution program supporting the rebuilding of the bonds of community in areas impacted by March 2011 Great East Japan Earthquake. In 2013, the company established the Amway Japan One by One Foundation (renamed the Amway Japan Foundation in 2016 ) to ensure the transparency and sustainability of its activities. The Foundation continues creating places and opportunities for local people to gather in the three disaster-stricken prefectures (Iwate, Miyagi, and Fukushima). Remember HOPE will open its 5th Amway Community House, designed by world-famous architect Kengo Kuma, in Rikuzentakata, Iwate, in 2019.

◆About the TOMODACHI Iniviative※2
The TOMODACHI Initiative is a public-private partnership between the U.S.-Japan Council and the U.S. Embassy in Tokyo, with support from the Government of Japan. Born out of support for Japan’s recovery from the Great East Japan Earthquake, TOMODACHI invests in the next generation of Japanese and American leaders through educational and cultural exchanges as well as leadership programs. The initiative seeks to foster a “TOMODACHI Generation” of young American and Japanese leaders who are committed to and engaged in strengthening U.S.-Japan relations, appreciate each other’s countries and cultures, and possess the global skills and mindsets needed to contribute to and thrive in a more cooperative, prosperous, and secure world. Visit us at www.tomodachi.org

Nov 09, 2018
ABOUT US
PROGRAMS & ACTIVITIES
NEWS & MEDIA
GET INVOLVED
CONTACT US