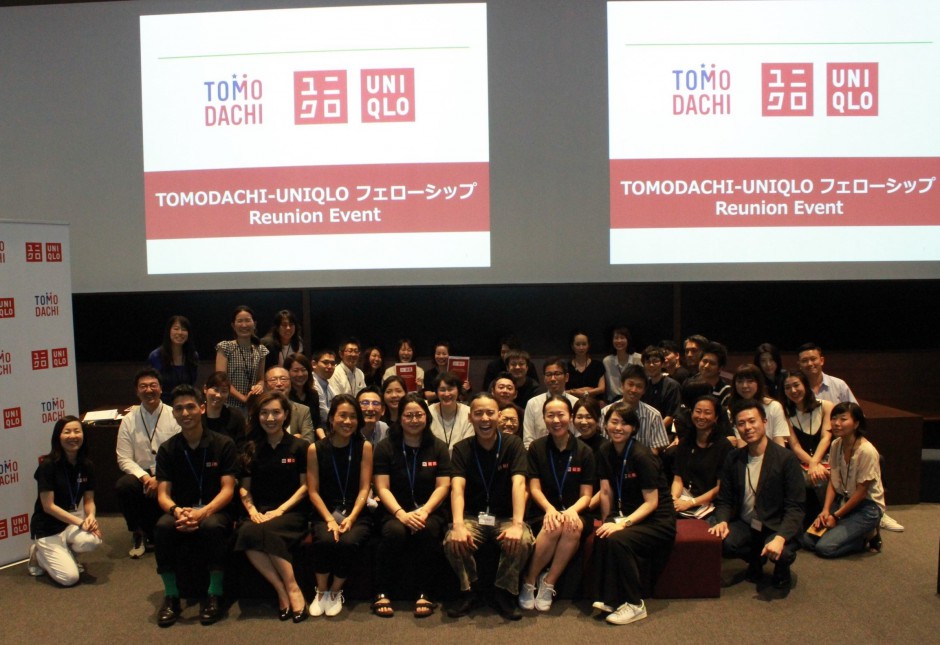 On July 26, 2018, the TOMODACHI-UNIQLO Fellowship Reunion Event was held at UNIQLO CITY TOKYO in Ariake, Tokyo. Over 49 people participated in the event, including nine program participants (two of whom participated through video messages) and 40 employees of FAST RETAILING CO., LTD. This year marked the 5th anniversary of the program, with 14 fellows having been selected since 2013.

Yukihiro Katsuta, Group Senior Vice President of FAST RETAILING CO., LTD., began the event by discussing the establishment of the TOMODACHI-UNIQLO Fellowship. He noted, “this fellowship was founded on the desire to foster a new generation of leaders who would play an active role not only in economic areas, but in various fields. We also hoped that these young leaders would inspire a change in Japan and become a bridge between Japan and the United States.” 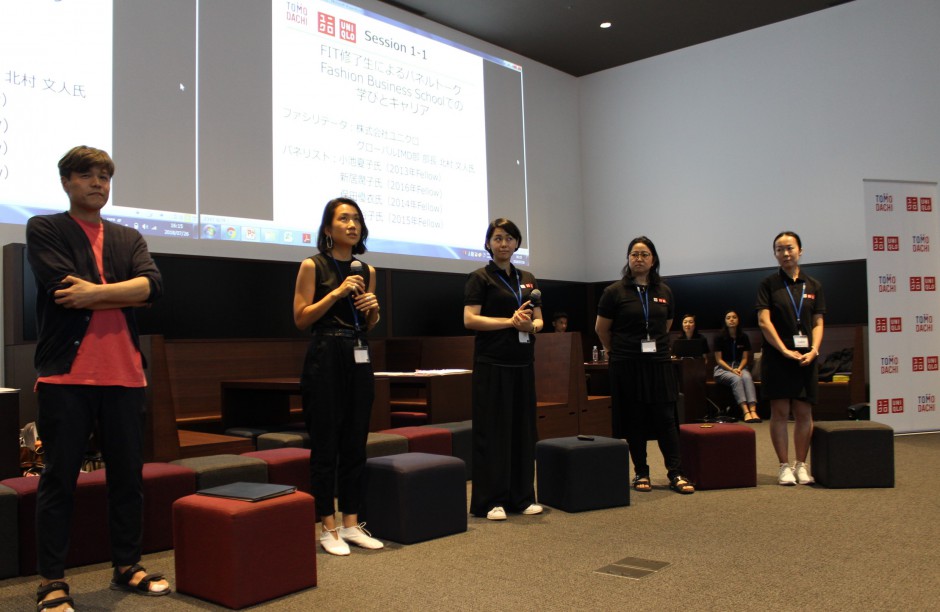 A panel titled “Studying at Fashion Business School and Careers” was led by Fumito Kitamura, Director, Global In-store Merchandising of UNIQLO CO., LTD., who is also a Fashion Institute of Technology (FIT) graduate. Panelists included Natsuko Koike (2013 Fellow), Yui Yasuda (2014 Fellow), Hiroko Hiraki (2015 Fellow), and Junko Arai (2016 Fellow). At the beginning of the panel, Yui Yasuda briefly explained the curriculum of the Global Fashion Management Program at FIT and discussed a joint seminar held with affiliated schools in Hong Kong and Paris. She emphasized the excellence of the international educational environment of FIT. During the panel, panelists discussed the importance of expressing their own opinions and acting on their own during intercultural exchanges. They also discussed what they gained and what they discovered by attending graduate school in the United States after having work experience.

Kopi Akasaka (2014 Fellow) and Kota Okuda (2016 Fellow), who completed their courses at the Parsons The New School of Design (Parsons) and now play an active role in New York, participated in the event through video messages. They gratefully acknowledged that getting the opportunity to learn at Parsons through this program had a major impact on their professional careers.

Sho Konishi (2017 Fellow) gave a presentation about his efforts at Parsons and shared the knowledge he gained, such as an awareness of the differences in fashion education in Japan and foreign countries, and the importance of using social media in the fashion business. Sho Konishi also explained how he applied this new awareness to his work. In addition, he mentioned his internship experience at Uniqlo, which was part of the fellowship, and shared how foreign people see Uniqlo as a “cool” brand overseas.

Following the presentation, Mayuka Inaba and Kouichiro Yanga, who have been selected as the 2018 Fellows, shared their future goals, what they want to learn through this program, and their desire to contribute as a bridge between Japan and the United States. They also expressed their appreciation for this wonderful opportunity.

Hiroyuki Uchida, Group Senior Vice President of FAST RETAILING CO., LTD., emphasized the significance of continuing this fellowship program, expressing a desire to foster leaders who will play an active role in the world, and to pursue social contributions and innovative initiatives together in the future. He concluded the event with a message, noting “the importance of seeing things and oneself from an objective point of view.”
TOMODACHI-UNIQLO Fellowship is generously funded by FAST RETAILING CO., LTD..