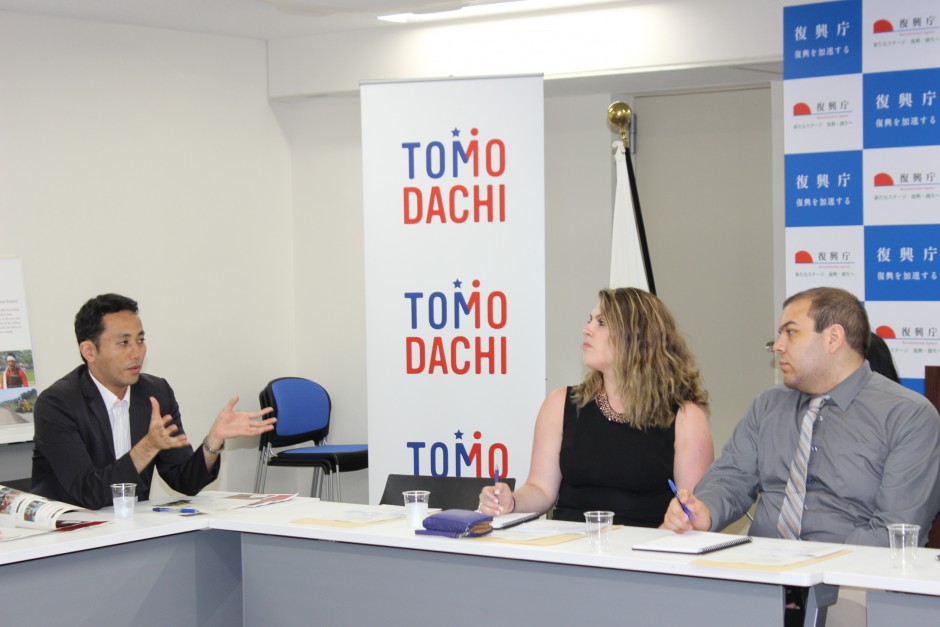 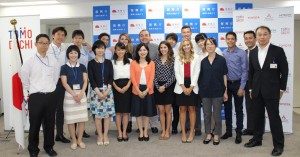 On August 10, 2016, the participants of the Building the TOMODACHI Generation visited the Reconstruction Agency in Tokyo on August 10, 2016 to share their experience in Tohoku. They also had opportunity to present their projects to revitalize the affected communities.

From August 2-11, 2016, American university students traveled to Japan for a ten-day visit. These students had won the trip while participating in the two-week program in February 2016, which brought together Japanese and American university students in Washington, D.C. with support from The Washington Center and the U.S.- Japan Research Institute (USJI). Over the course of the two-week program, the 19 Japanese and 15 American college students learned about civil society and its role and function in the United States as well as Japan, through lectures and panel discussions. They concluded the program by presenting projects that they developed. Several teams won and were told they will be able to visit Japan in August to see the devastation and rebuilding of Tohoku in person.

The students visited Onagawa City and Kesennuma City of Miyagi Prefecture where each group developed their theoretical projects. While in Tohoku, the students met with local non-profit and for-profit organizations, as well as local government representatives to discuss their projects and to better understand the current state of rebuilding and revitalization activities. Through the visit, the participants witnessed firsthand the challenges and were able to further articulate the feasibility of their projects.

Ms. Fumie Tokunaga of the Reconstruction Agency who kindly organized the opportunity for the students to present their projects, opened the event by expressing gratitude to the students for visiting Tohoku. Each team then presented their project to the staff from Reconstruction Agency and received valuable feedback and insight. The presentation was followed by a Q & A session, and each participant had an opportunity to ask questions. The session enabled students to deepen their knowledge of the countless initiatives that the Agency is working on, and participants immediately began to think about solutions based on their knowledge that they gained through the program.

This program is generously supported by Toyota Motor Corporation, Mitsubishi Corporation and Hitachi, Ltd. through the TOMODACHI Fund for Exchanges, as well as Morgan Stanley.

Brief descriptions of each of the teams’ projects are listed below: