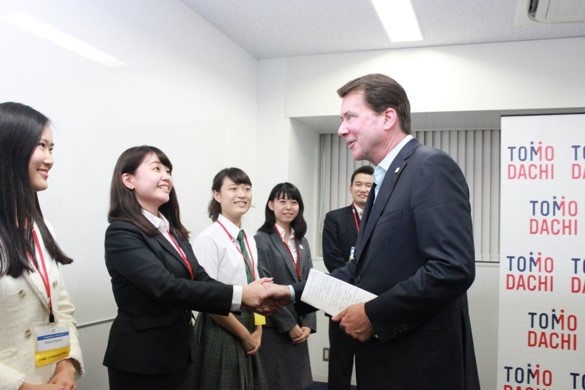 On September 10, the TOMODACHI Generation Summit 2017 was held at Showa Women’s University, gathering over 270 Japanese and American TOMODACHI alumni (past program participants), guests and supporters. This year, the Summit was held for the second time since 2015, and was planned and executed entirely by the alumni.

The Summit commenced with opening remarks by Mr. Dennis Y. Teranishi, Chairman of the Board of Directors, U.S.-Japan Council, and Ms. Mariko Bando, 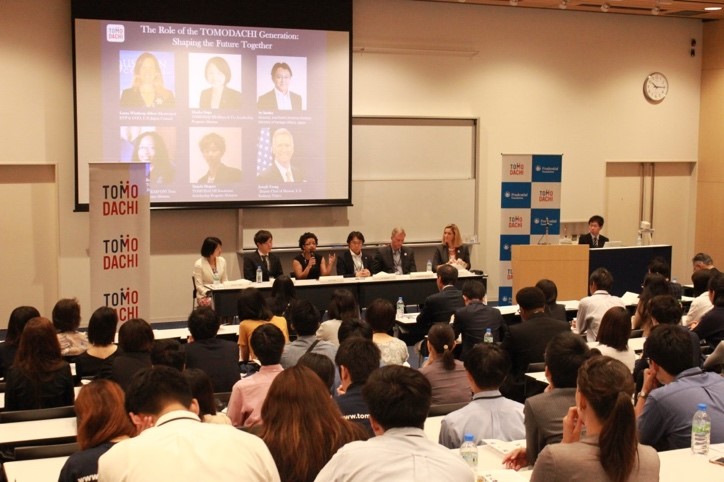 Chancellor of Showa Women’s University, who kindly agreed to offer the venue for the Summit. The remarks were followed by the Morning Plenary, which welcomed representatives from the TOMODACHI Initiative’s partners, the U.S. Embassy Tokyo and the Government of Japan, along with three alumni, and discussed the TOMODACHI Generation’s unique role in shaping the future together. The Summit then proceeded to a total of six workshops led by TOMODACHI alumni and a dance workshop conducted by The Young Americans. Each of the six workshops was led by two alumni based on six different themes: Community, Identity, Leadership, STEM, Travel, and Women’s Empowerment. With alumni facilitation, participants enjoyed discussions centered around the six themes chosen by the core committee with a pulse on the interests of the TOMODACHI Generation. 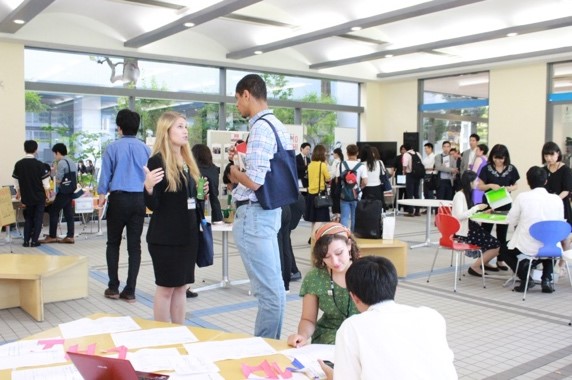 The afternoon started with the Industry Insights sessions, in which panels of professionals and alumni from various fields shared their career choices, knowledge of their industries, and exchanged thoughts and opinions. The Summit then proceeded to the Expo, in which 17 booths provided information about study abroad among other topics, including information from the seven regions represented in the TOMODACHI Alumni Regional Framework that launched in March 2017 to strengthen the connections between alumni in each region. While the Expo took place, the TOMO Voices presentations were in session, where 12 alumni presented their experiences and learnings from their TOMODACHI programs, as well as their current activities that were propelled by their experiences on the program.

The Summit concluded with an extraordinary reception of which guests and participants celebrated the success with Mr. William F. “Bill” Hagerty IV, Ambassador Extraordinary and Plenipotentiary of the United States of America, who recently assumed his current position in August 2017, along with Mr. Takehiko Fukuda, Board Director, ERM and Global Regulatory Coordination Office, Prudential Holdings of Japan, Inc. in attendance. Ambassador Hagerty emphasized the importance of the U.S.-Japan relationship, calling it “ironclad,” and gave the alumni at the Summit words of encouragement by saying, “You are going to help us transform a strategic partnership and alliance into 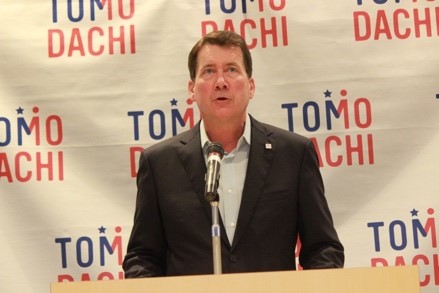 a true partnership. And you are going to help transform that partnership into what is a true friendship. You are the new caretakers of our partnership. It’s an important responsibility and one that we look forward to seeing you excel in.” The ambassador had just arrived in Tokyo in mid-August, and this was his first public show of support for TOMODACHI.

Keito Ando, Chair of the Core Committee of the Summit commented, “Paying it forward. That is the underlying theme that creates such a strong alumni network and community. My experience on the TOMODACHI program, as well as a volunteer at the first TOMODACHI Summit – feeling this sense of community and wanting to create a space where others can also connect – is why I decided to invest myself as the first Core Committee Chair.” In addition, Juri Ito, Vice Chair of the Core Committee reflected on the Summit by saying, “While promoting this event as head of PR, I was worried if the message of Meet, Merge, Move was well delivered. However, seeing alumni gather during the reception and reading post-summit posts on social media, I can proudly say my team couldn’t have done any better. I am extremely grateful to be a part of this community because you can’t move alone.”

The TOMODACHI Generation Summit 2017 was held with generous support from The Prudential Foundation. The next Summit is scheduled to be held on Sunday, November 4, 2018.

Sep 19, 2017
ABOUT US
PROGRAMS & ACTIVITIES
NEWS & MEDIA
GET INVOLVED
CONTACT US