High School Students from Japan and the United States Learn About Social Entrepreneurship and Leadership in Tokyo, Fukushima and Washington, D.C. 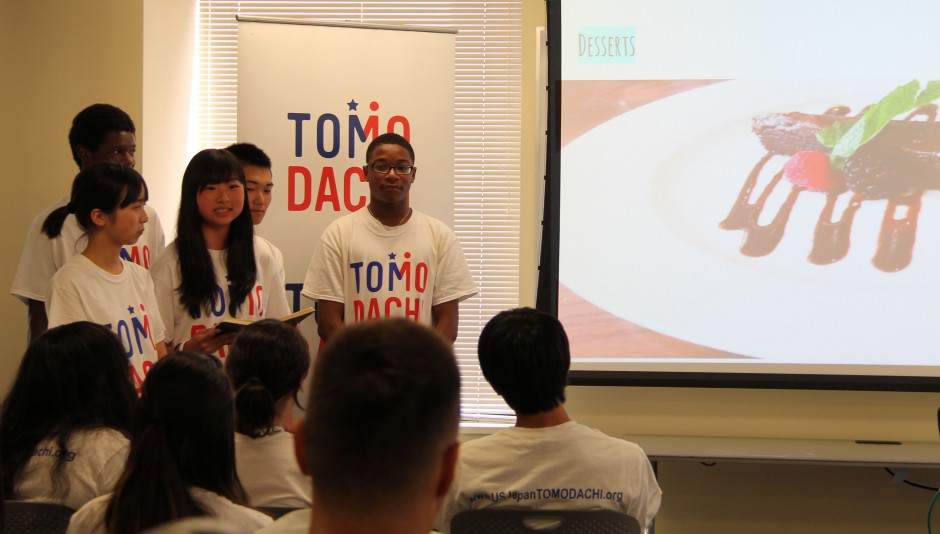 During the first two weeks, the eighteen students met with social entrepreneurs, learning about programs that help diverse populations and immigrants, while exploring the connections between Japan and the United States. They also volunteered at D.C. Central Kitchen, an organization that supports the homeless by providing meals, and visited nonprofits that provide food education by former convicts. These volunteer activities provided them with firsthand experience into community service. D.C. Central Kitchen also actively employees convicts. One aspect of the trip that the students referred back to repeatedly was the visit to the U.S. Holocaust Museum. They were impressed by its storytelling methods and prominence on the National Mall.

On July 31, the group traveled to Japan for the second half of the program. They spent two weeks in Tokyo and Fukushima, meeting an alumna from this program who established her own NGO to get Japanese youth engaged in social issues.

A particular highlight of the program was meeting with the mayor of MinamiSanriku. He shared his personal story of survival during the tsunami in March 2011, and told the students about the importance of sacrificing his individual needs for the collective good. “Put the people first!” he told them.

By participating fully in both sides of the program, participants gained a deeper understanding of their own culture through the eyes of their colleagues, as well as honing their skills in global competence by working with a diverse team and discussing challenges and opportunities in the United States and Japan.

This program was funded­ by TOMODACHI’s Fund for Exchanges through generous contributions from Toyota Motor Corporation, Mitsubishi Corporation, and Hitachi, Ltd.  The TOMODACHI alumni were funded through the TOMODACHI Alumni Leadership Program supported by The Prudential Foundation.

“I used to think that mistakes you’ve made would follow you and affect your entire life, but the words changed my mind. I have come to think about how you can make your future by yourself through this workshop.”

“The most impactful thing for me in the last week was DC students’ passion. They spoke freely and actively. I think I also should talk actively like them. And I was helped by them a lot, and also taught a lot by them. I think I was impressed by them.”

“TOMODACHI is like family to me. I plan to study Japanese more and come back to MinamiSanriku to help out in the community because I loved the warmth and hospitality.”

Aug 29, 2016
ABOUT US
PROGRAMS & ACTIVITIES
NEWS & MEDIA
GET INVOLVED
CONTACT US