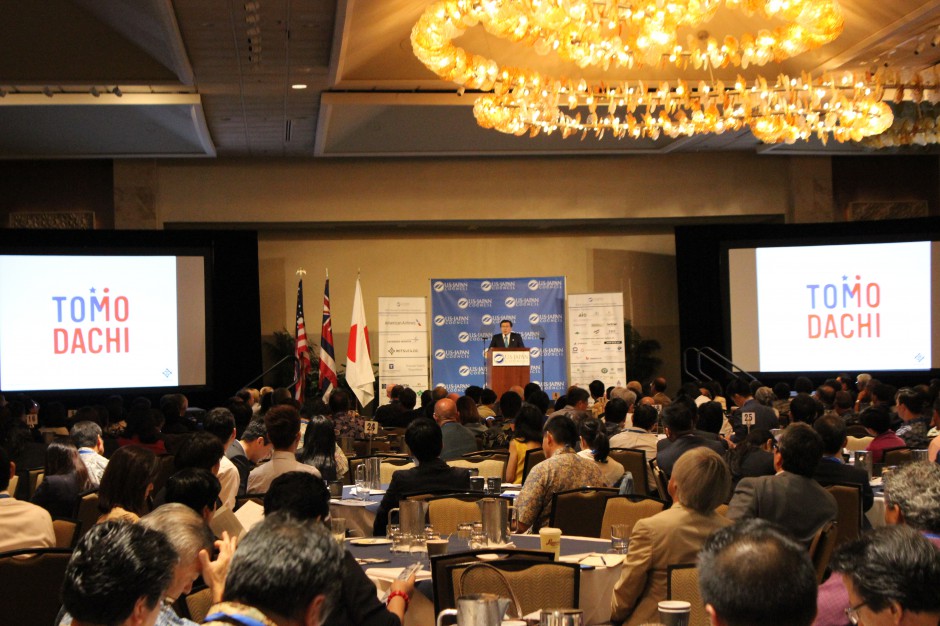 More than 500 people from the United States and Japan gathered in Honolulu, Hawaii for the U.S.-Japan Council Annual Conference, held from October 9-10, 2014.  The U.S.-Japan Council team that works on the TOMODACHI Initiative as well as TOMODACHI alumni from Japan and the United States gathered in Honolulu for the conference.  The U.S.-Japan Council (USJC) Annual Conference brings together regional, national and international leaders from government, business, academia and non-profit sectors to discuss current issues and opportunities impacting U.S.-Japan relations. With its historical, cultural and strategic significance in the Asia Pacific, Hawaii was the perfect venue for a conference connecting East and West.

The public symposium on October 10 consisted of the Opening Plenary, Breakout Sessions, the Closing Plenary and a Closing Reception.  The Opening Plenary featured three Keynote Speakers:  Admiral Harry B. Harris Jr., Commander, U.S. Pacific Fleet; Ms. Marillyn A. Hewson, Chairman, President and CEO, Lockheed Martin Corporation; and Mr. Masami Iijima, President and CEO, Mitsui & Co., Ltd. Prime Minister Shinzo Abe of Japan also sent in congratulatory remarks, and U.S. Energy Secretary Dr. Ernest Moniz, U.S. Ambassador to Japan Caroline B. Kennedy and Japanese Ambassador to the United States Kenichiro Sasae each spoke to the audience via video messages. Mr. Masami Iijima spoke about the company and their contribution to the TOMODACHI Initiative, including the establishment of the TOMODACHI-Mitsui & Co. Leadership Program, which provides young professionals in Japan and the United States with unique access to private and public sector leaders in the U.S.-Japan relationship. 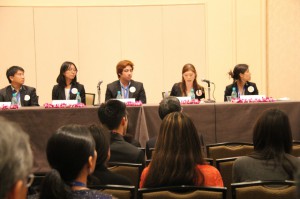 Various panel discussions and roundtable discussions were held in the morning and afternoon. One of the afternoon sessions, “The Making of the TOMODACHI Generation,” featured five TOMODACHI alumni as panelists.  The panelists were American and Japanese alumni from a variety of TOMODACHI programs — TOMODACHI Mitsui & Co. Leadership Program, TOMODACHI Inouye Scholars Program, TOMODACHI Rainbow for Japan Kids, TOMODACHI Sumitomo Corporation Scholars Program, and NGO Leadership Program supported by J.P. Morgan –- and represented a variety of program types and educational levels. The alumni briefly described their life journeys and how the programs have impacted them.  Todd Guild of McKinsey & Co. moderated the session and gave an overview of future plans for the TOMODACHI Initiative, looking ahead to the Olympics and the year 2020 as the next benchmark.

Following the breakout sessions was the Closing Plenary, in which four “Game Changers” discussed what it is like to be Japanese Americans who are pioneers of their respective fields.  The public symposium concluded with a large-scale Culinary Festival. The festival featured 12 chefs from Hawaii and Japan who collaborated to cook delicious dishes using local ingredients.  This was part of USJC’s culinary diplomacy initiative, which aims to promote cross-cultural dialogue and understanding through sharing meals.

Special thanks to Delta Airlines for contributing complimentary flights to the participants.

Oct 30, 2014
ABOUT US
PROGRAMS & ACTIVITIES
NEWS & MEDIA
GET INVOLVED
CONTACT US