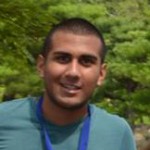 I am very thankful for being given the opportunity to meet my host family.  I became good friends with them and we have kept in touch, and I consider myself a part of the family. 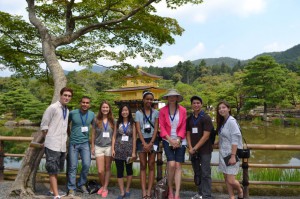 My Japanese host family recently came to visit me in the U.S., and my family returned the favor by hosting them in turn. The TOMODACHI Initiative not only helps grow the next generation of Japanese and American leaders, but also invests in creating lifelong relationships between the two countries.  I am forever grateful for what the program has given me!

Since my return, I have been volunteering at events hosted by the Japanese American Society of Southern California. Some of these events include the Los Angeles Love to NIPPON Memorial Service on 3/11, and the largest Japanese kite festival in America. While volunteering at the Japan in 2014 Symposium, I had the chance to meet former Ambassador John Roos as well as former Japanese Ambassador to the U.S., Mr. Ichiro Fujisaki.  Mr. Fujisaki was impressed that I, a high school student, was interested in volunteering at such a major event. I now also have a seat on the committee for the Nisei Week Japanese Festival after the chairman, Terry Hara, asked me to come on board.

In the future, I plan to study abroad.  If I am able to visit Japan in the summer of 2014, I would like to volunteer at the TOMODACHI Initiative.  Moreover, if my stay is long term I would like to intern at TOMODACHI and dedicate myself to its mission.