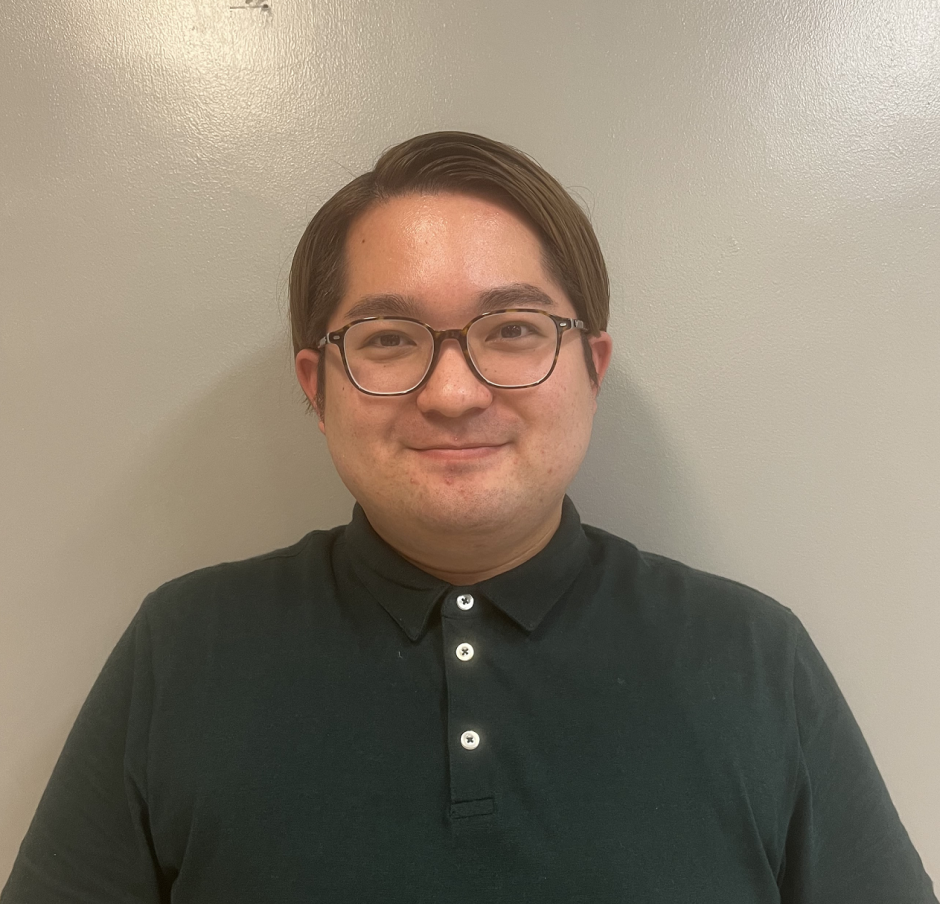 Kazuki Oshiro is an alumnus of the TOMODACHI Sumitomo Corporation Scholarship Program where he studied abroad at the University of Hawaii at Manoa, Hawaii, USA as an exchange student. Born in Okinawa, he graduated from the Department of Tourism Science, College of Tourism and Industry Science, University of the Ryukyus in March 2022. He majored in Tourism Economics and Statistics and is currently working as a Travel Counselor at CWTSato Travel. In honor of Earth Day on April 22, we interviewed him who focuses on tourism and environmental activities.

This interview was conducted online on December 2, 2021 by TOMODACHI Alumni Intern (2021) Maho Suzuki based out of Tokyo.

Q1. Why did you participate in the TOMODACHI program? What was your most memorable experience in the program?

I have always been interested in English and going abroad. I first came into contact with the English language when I went to a friend’s house in the fifth grade and watched a foreign movie with subtitles instead of listening to the dubbed version. From this moment, I became interested in foreign countries and was motivated to study English. I was also interested in studying abroad, so I participated in short and mid-term study abroad programs during my freshman and sophomore years of high school before joining the TOMODACHI program.

I was introduced to the TOMODACHI program by the exchange program coordinator at the International Education Division as well as by the senior at my university who had been selected for the fifth cohort of the same program (TOMODACHI Sumitomo Corporation Scholarship Program). The financial aid was larger and the mentors and training programs were much more generous than other scholarship programs, so I decided to participate in the program.

While studying tourism in Hawaii, the concept of “carrying capacity” left an impression on me. This term was originally related to biology, and the idea is that each environment has a certain number, and that if you exceed that allowable range, harm or problems will occur. In Hawaii, I saw examples of how the environment is used for tourism by striking a good balance between humans, the environment, and the ecosystem, discussing with local people, and respecting the wishes of the local people, and I came to think that I would like to apply this concept to Okinawa as well. I feel that the program had a great impact on my own thinking about tourism, as I would like to use “carrying capacity” in Okinawa’s tourism to develop sustainable and nature-friendly development.

Q2. How has your experience in the TOMODACHI program impacted your career and current activities?

The most important thing was that my way of thinking and perception of things has changed dramatically. I have learned many things from my time abroad, from the training I received during the program, and from the people I met during the program, such as the ability to take action and broaden my antennae instead of remaining passive, not being afraid of failure, and valuing the connections with the people I have met so far. In terms of activities and career paths, I felt that I would like to deepen my studies in my field of specialization, and in the future, I would like to go on to graduate school. In addition, because I was able to deepen my studies in some of the leading tourist destinations in the U.S., such as Hawaii and New York, I was able to experience firsthand what is needed for tourism in Okinawa.

The program was canceled halfway through due to the effects of Covid-19, and it was difficult to take any major action after returning to Japan. However, I made efforts to apply the sustainable tourism I studied in Hawaii to my own university research and graduation thesis. In the process of conducting my own research, I also had the opportunity to conduct a cooperative research project with Dentsu Okinawa in which we conducted a survey of companies and university students in Okinawa to research differences in the awareness and commitment to the SDGs. The results showed that about 80% of the companies in Okinawa were aware of the SDGs and were involved in some way, while only about 30% of the students were. We had initially expected that students would be more familiar with SDGs, and as we proceeded with our analysis, we could not hide our surprise at the fact that companies were more proactive in their efforts rather than students.

Afterwards, we were invited to a round-table meeting with the President of the University of the Ryukyus, where we reported the results of our survey and presented our proposals for future initiatives at our university. We were also featured in a local newspaper. I had to return to Japan in the middle of my study in Hawaii and was feeling incomplete and frustrated. It was when I heard about this joint project and  I felt a sense of accomplishment from this experience. 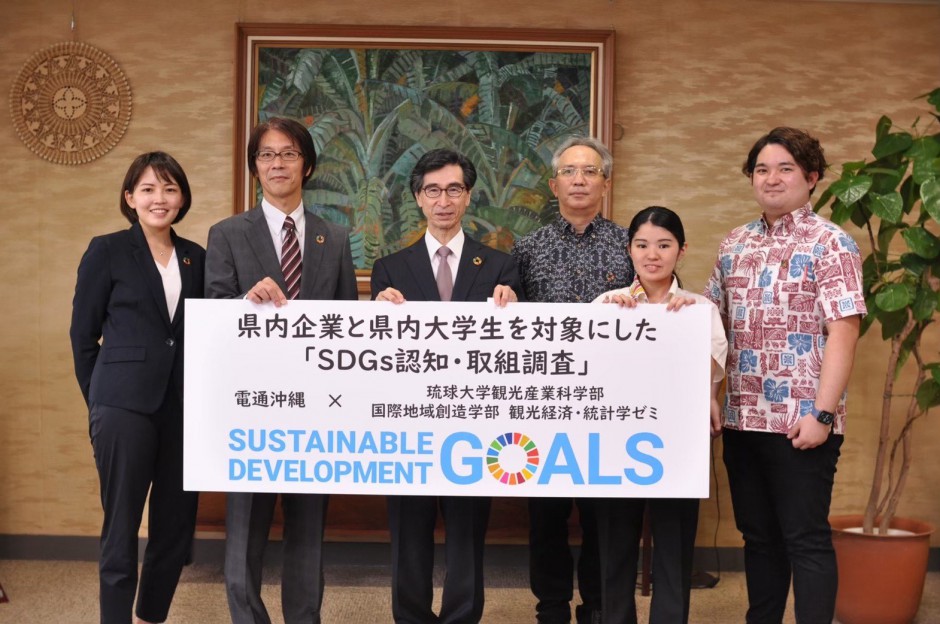 Q3. Do you have any memories of your fellow alumni who participated in the program together?

I am very close with my fellows and we regularly catch-up with each other via zoom and social media. Every time we meet, we not only share our updates and talk about the future, but also exchange ideas on each other’s research and thesis, which inspires me every time.

One person who left a particularly strong impression on me was Kota Kondo at the U.S.-Japan Council Annual Conference in Los Angeles. When I saw him set a goal of “asking questions at every session,” I was impressed that someone as dynamic as he was always making efforts to motivate himself, and I strongly felt that I wanted to emulate his example.

Q4. What does TOMODACHI mean to you?

TOMODACHI means many things to me. One is a place where we can improve and inspire each other, and the other is a driving force that motivates us. I want to cherish and expand the connections I have made here for the rest of my life. In particular, I feel that many of the alumni who have participated in the TOMODACHI program have an insatiable appetite for personal growth. I am often passive, and I am often satisfied with the status quo. Therefore, every time I meet with alumni, I can be inspired and motivated when I see how each of them is getting closer to their dreams. 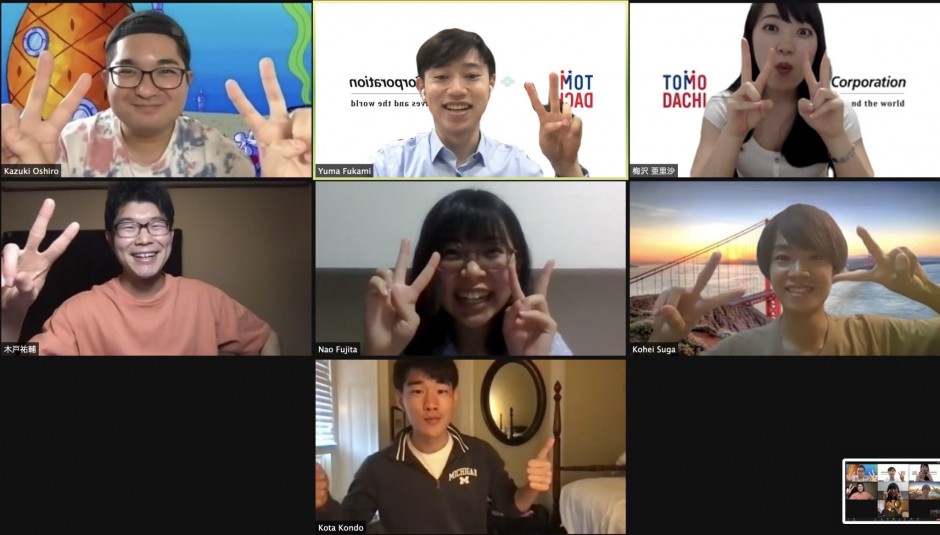 Q5: What are your future goals?

I would like to become a bridge between Japan and the U.S. in terms of people-to-people exchanges and tourism. I also want to learn more about sustainability in tourism, and I would like to go on to graduate school when Covid-19 settles down and face-to-face class  styles resume.

In particular, as an Uchinanchu (Okinawan), I would like to conduct sustainable tourism that makes the most of Okinawa’s unique natural resources, culture, and language (Uchinaguchi). Throughout history, Uchinaguchi has been forgotten. In my own family, my grandparents were native speakers, but I myself cannot speak the language very well. However, I believe that language and culture are strong weapons, so I would like to utilize them in tourism and preserve Okinawan culture through language. In addition, I believe that tourism in Okinawa is currently at a turning point. Thus, I would like to create a sustainable environment that is “good to live in and good to visit” by utilizing Okinawa’s unique tourism resources and from quantity to quality.

Q6: What advice or message would you like to give to students, young professionals, or other alumni?

While participating in the TOMODACHI program, I was very impressed by the word “giving back”. I hope that not only I, but all alumni can work together to become a person who can back. I would be happy if I could support the new cohort who are going to participate in the same program as myself, and if we could all start by giving back to each other.

Apr 24, 2022
ABOUT US
PROGRAMS & ACTIVITIES
NEWS & MEDIA
GET INVOLVED
CONTACT US