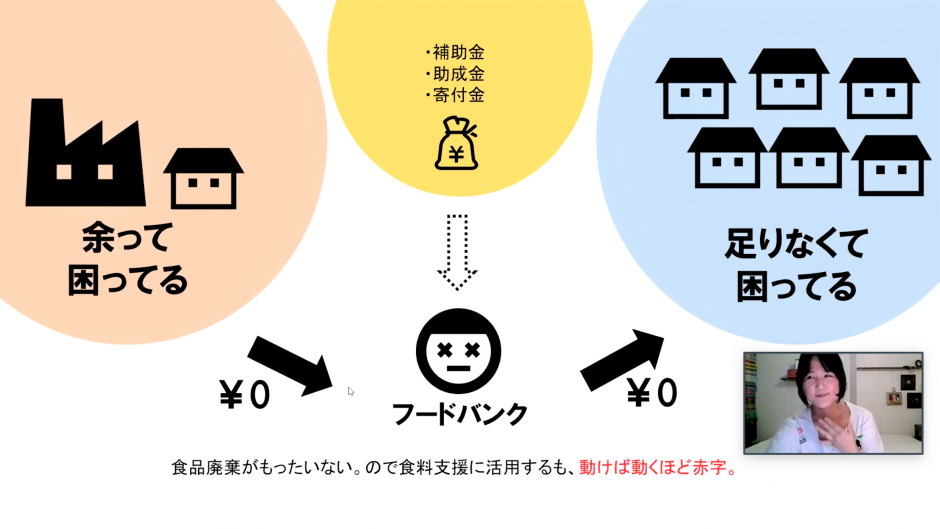 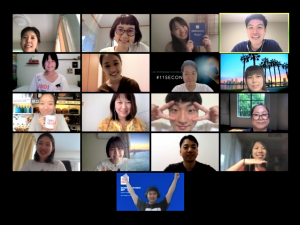 To kick-off the event, Shunsuke Watando, Regional Leader, explained how he developed the theme of food waste after visiting a biogas center as part of his TOMODACHI program. He also hoped to raise awareness on this issue, which is the focus of this TOMODACHI Alumni Regional event for the second year in a row.

During the group discussion, participants discussed questions like “what is the meaning of food waste?” and “what kind of social impact does food waste have?” Participants developed a greater awareness of food waste, which refers to still-edible food that has been thrown away, learning that the amount of food waste in Japan has reached 28 million tons annually.

In the second half of the event, Yasuko Matsumoto, NPO Share Mind Representative Director who successfully operates a food bank on the front line, gave a keynote lecture about food banks and food waste.

Ms. Matsumoto shared the current situation in Japan, noting that one in seven people live in poverty despite continued food waste for many reasons from households or businesses. In addition, she shared that her organization faces difficulties continuing its work providing food bank support without grants or subsidization.

After the lecture, participants joined a group workshop to create a fictional community or organization related to food waste and food banks. Then they discussed ways to solve the issues such groups face.

Implementing what they learned during the event, the groups came up with diverse ideas like “creating a mascot to highlight issues of food waste” or “delivering food to people in need using vehicles and online apps.”

Kosuke Baba, an alumnus of the TOMODACHI Daiwa House Student Leadership Conference, commented, “My image of food banks has changed since I learned it’s difficult for them to get support from companies and the government despite their social importance. I learned that non-profit organizations including Share Mind are trying to create sustainable food banks because of funding issues so they can continue their work.”

Participants were able to deepen their knowledge of current issues, as they learned about food banks and food waste from Ms. Matsumoto’s story.