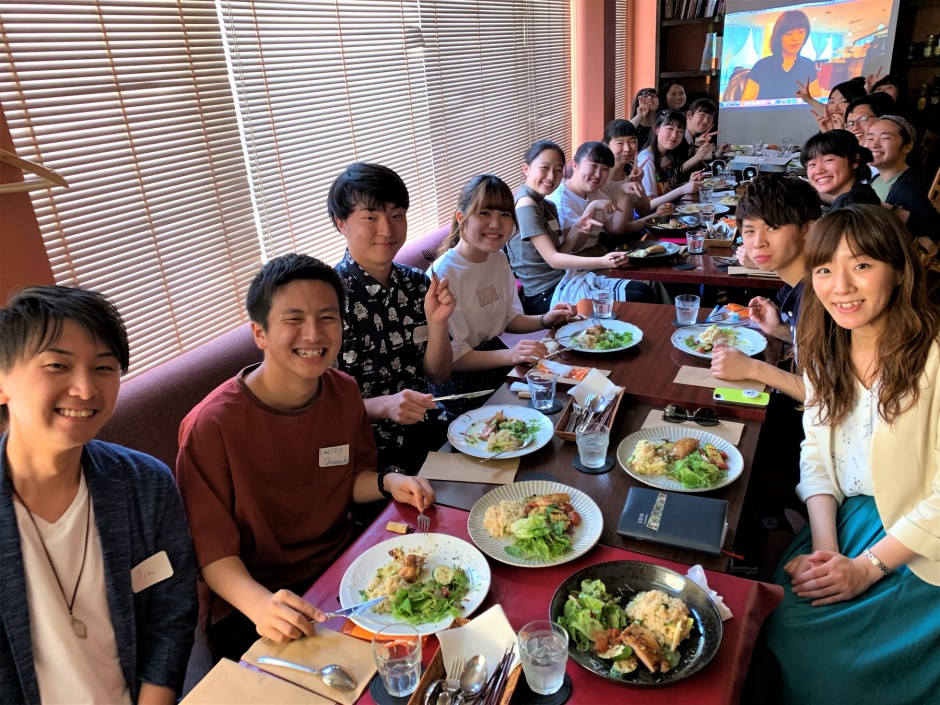 On May 26, 2019, the Tohoku-Hokkaido Region, Team B kick-off TOMODACHI Alumni Regional Framework Welcome Event was held with the theme of “Food × History: See, Eat and Feel” at Saito Youshoku-ten, a western food restaurant in Fukushima Prefecture.

The event was inspired by the strong desire of Regional Leader Ayaha Kanno to counter the damaged reputation of Fukushima.With the support of Regional Mentor Yukari Yoshimura, around 25 TOMODACHI Alumni in the Tohoku-Hokkaido region gathered to learn about the area’s current marred reputation. It was also an opportunity to deepen the bonds among alumni. 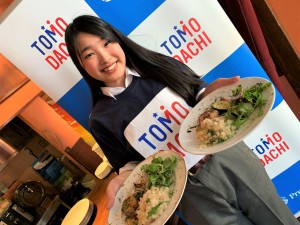 The participants watched a VTR that summarized the voices of farmers and producers, while enjoying a meal prepared by Masaomi Saito, the owner and chef of Saito Youshoku-ten. The food was made with agricultural products from Fukushima Prefecture. They were able to experience the wonder of local ingredients and learn about the challenges facing farmers in Fukushima and their feelings.

Furthermore, Mr. Saito, who works not only as an owner-chef, but also as a member of the city council, served as a guest speaker, discussing the area’s damaged reputation, as well as what efforts have been made for the region up to now. He also talked about how to face one another in the future and think about the role of the region. “Fukushima’s peaches are the best in the world. First of all, we will compete in this industry,” he said passionately.

After his speech, participants traveled to Shinobuyama, a symbol of Fukushima City, and visited the Gokoku Shrine. The participants reflected on the day, saying, “Reuniting with alumni after a long time and the new encounters inspired us,” and “We learned a lot about Fukushima’s damaged reputation.”