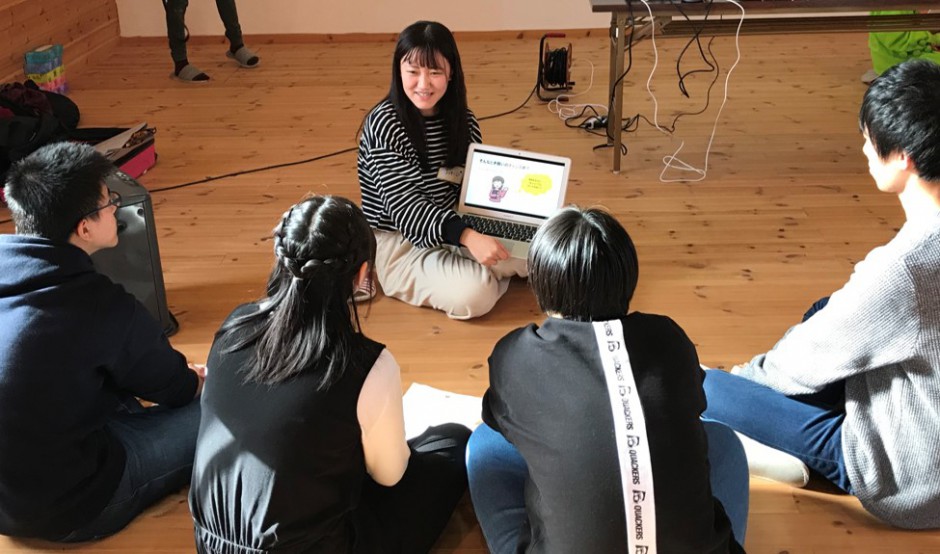 On December 9th 2017, over twenty-three TOMODACHI Alumni gathered at the community space Fukushima Kotohiraku in Koriyama, Fukushima Prefecture to attend an event organized by 2017 Regional Leaders Yumeka Watanabe and Ayaka Kibushi representing the Fukushima area of the Tohoku-Hokkaido Region. With support from their Regional Mentor, Shizuka Ishiyama, they organized an event focused on sharing the impact of the TOMODACHI Generation.  The day-long event consisted of three parts: Speaker Series, Omusubi Workshop, and Words for the Future.

The first part consisted of a world café style in which four alumni who have taken leadership roles in the community shared their experiences on their TOMODACHI program, what they’ve learned since coming back to Japan, and how it has inspired them to take their next steps. The four alumni speakers were Hiroto Konno, Yukina Tanji, Momoka Sato and Ayaka Kibushi who shared an activity they were involved in presently and urged other alumni in the community to get involved.

Participants commented that they were able to come together to share common realities of being rejected at school due to their heightened sense of awareness with global issues after coming back from the TOMODACHI program but mutually agreed that such spaces and events to gather and discuss these challenges were a necessity.  In addition, through the speakers’ stories the participants learned how leadership is not only about being in front and leading people, but they could imagine many ways to support various individuals as a leader.  This event helped Regional Leaders and Alumni Speakers demonstrate leadership, and participants were encouraged and gained confidence to pursue their own activities.

Hiroto Konno, one of the alumni speakers, was excited that he was able to share not only his successes but his failures as well, knowing that it would lead to more successes by being able to share and reflect on his past mistakes. He hopes that his story will be an example for other alumni to challenge themselves.

For the second part of the program, Yumeka Watanabe took the lead with an Omusubi Workshop in which each team created their own omusubi with the over 20 ingredients made available to them. The workshop idea comes from Miki Yamada, Founder of WaraiMusubi out of Fukushima, who believes that omusubi – not onigiri – will connect (musubu) people together.  As a team-building exercise, five teams each created their own flavor and created their own name for their new culinary delicacy.

In the third and last part of the program, each participant wrote their word of the year on balloons with hopes of what they hope to accomplish in 2018. 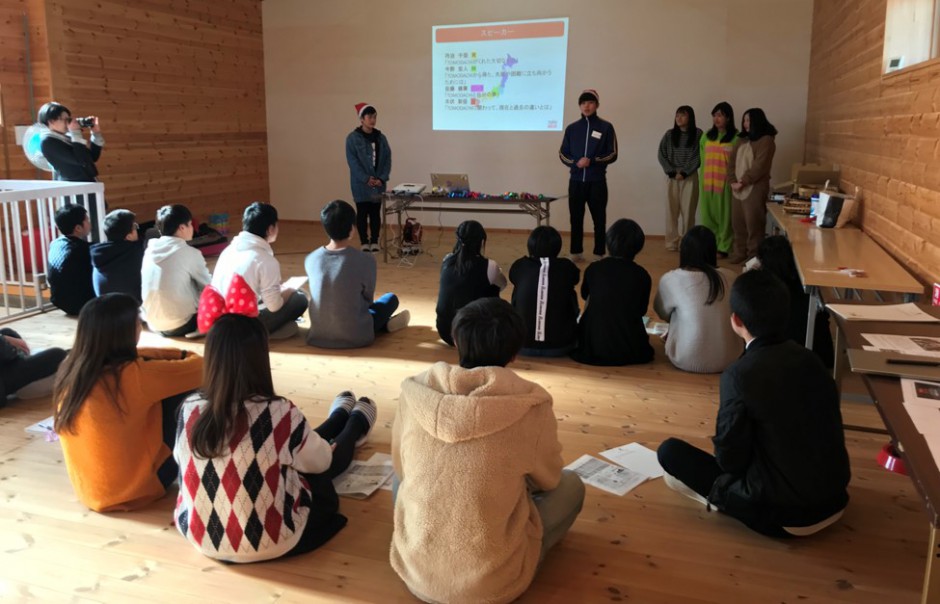 100% of participants said they would like to continue joining TOMODACHI programs and over 80% said they would continue to challenge themselves and support their communities. 100% also plan on expanding their TOMODACHI community and sharing these opportunities with others around them.