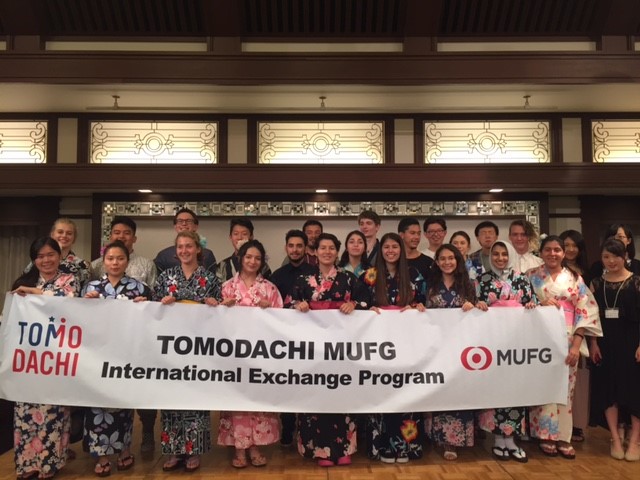 From June 27 to July 12, 2017, 20 high school students from Southern California visited Japan as part of the TOMODACHI MUFG International Exchange Program. This program started in 2012 with aims to deepen the mutual understanding between the United States and Japan and to invest in the next generation of leaders. Every year, students from both countries alternately visit each other’s countries. In this 6th year of the program, the participating students visited Tokyo, Sendai, Minamisanriku, Hiroshima, and Kyoto, and experienced various cultural exchange activities and homestays. Through the program, the students were able to better understand U.S.-Japan relations from different perspectives.

The two-week long exchange program kicked off with the students’ visit to the headquarters of Mitsubishi UFJ Financial Group, Inc. (MUFG) in Tokyo and a welcome reception. At the company visit, the students deepened their understanding of financial operations. The reception guests included Mr. Nobuyuki Hirano, President & Group CEO of MUFG; Mr. Kanetsugu Mike, President and CEO of the Bank of Tokyo-Mitsubishi UFJ; Mr. Shinya Fujita, Counselor, Press and International Affairs, from the Reconstruction Agency; Ms. Jenae D. Johnson, Deputy Financial Attaché from the U.S. Embassy Tokyo; and Ms. Irene Hirano Inouye, President of the U.S.-Japan Council. These leaders gave the students words of encouragement for their trip.

The students then visited Sendai, where they learned about Japanese culture and home customs through school exchanges and homestays, and developed friendships with local high school students and their host families. 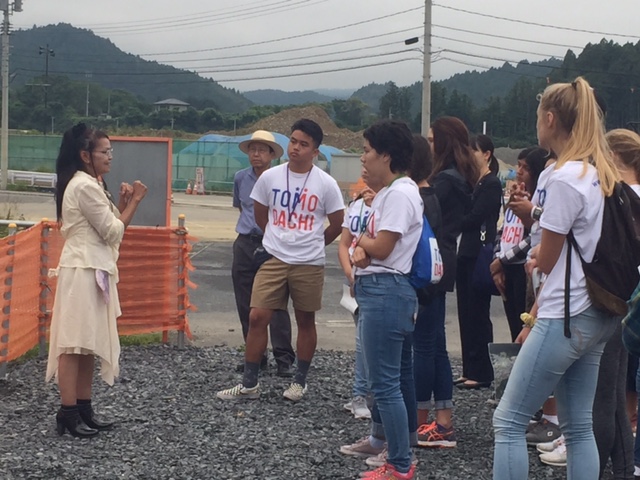 After saying farewell to their new friends, the students traveled to Natori City, an area that was heavily affected by the Great East Japan Earthquake and tsunami, where they participated in volunteer activities. The students then visited to Minamisanriku to witness the destruction from the tsunami and the reconstruction efforts. They also met with Mayor Jin Sato and local residents to hear about their experience with the disasters at the time, the challenges of reconstruction, and future prospects of the town. The students learned the importance of preparation for natural disasters and were impressed by the local residents working hard to revitalize the town for the future.

The students then traveled to Hiroshima and visited the Hiroshima Peace Memorial Museum, where they heard the story of an atomic bomb survivor. It was the students’ first time to Hiroshima, where they commemorated the history of U.S.-Japan relations and strengthened their determination towards peace. 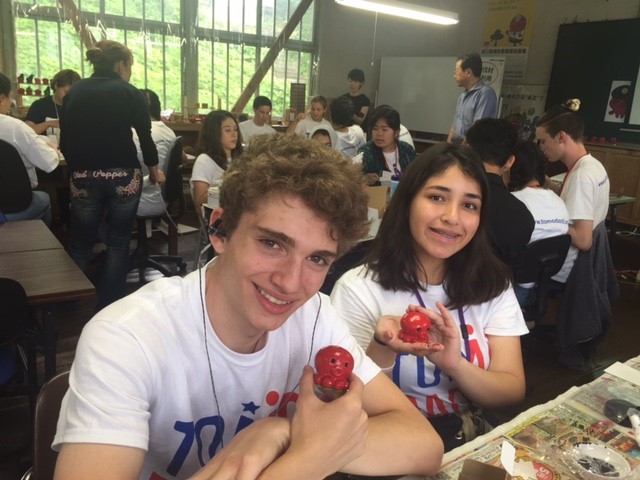 The students then visited the historic city of Kyoto to conclude the program. They deepened their understanding of Japanese culture by touring the Golden Pavilion and experiencing Zen, and were greatly welcomed by local high school students.

At the farewell event the day before the program ended, the students presented their own findings from the program. Having nurtured their friendship with Japan and acquired various experiences, they shared their wishes to study abroad in Japan and actively engage in U.S.-Japan relations as members of the TOMODACHI Generation.

Jul 31, 2017
ABOUT US
PROGRAMS & ACTIVITIES
NEWS & MEDIA
GET INVOLVED
CONTACT US