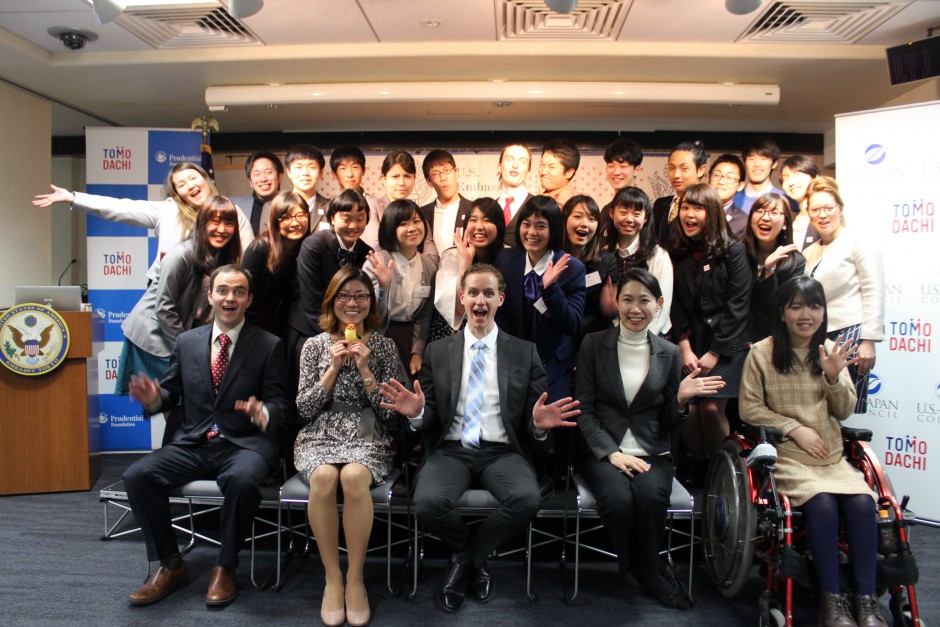 The first day of the orientation was held at the American Center Japan in Tokyo and was structured around workshops designed by regional mentors. The first workshop was conducted by Ms. Mai Taira, the regional mentor for the Okinawa region, who led an ice-breaker activity that helped participants feel relaxed and comfortable expressing their opinions. During this activity, participants shared the impact that TOMODACHI has had on their lives. 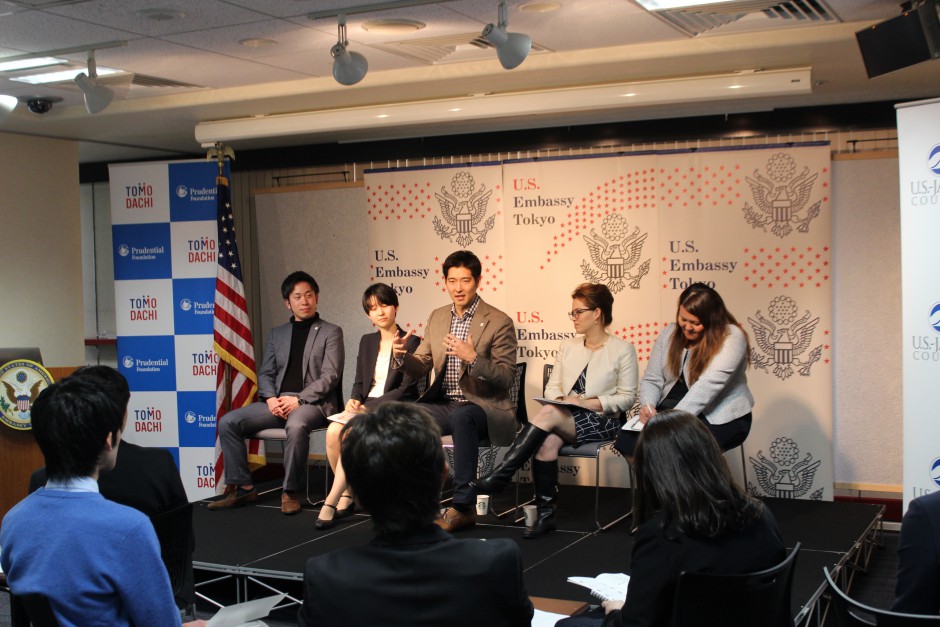 The next part of the orientation featured regional mentors on stage discussing how they have contributed to each of their regions through their different professional fields. Following the panel discussion, Mr. Steve Sakanashi, one of the mentors for the Kanto region, gave a lecture on how to deliver effective business pitches. Mr. Sakanashi’s presentation taught the participants how to speak up in public and pitch their ideas effectively within a limited amount of time. Then, the participants listened to presentations by staff members from the U.S. Embassy and the Japanese Ministry of Education, Culture, Sports, Science and Technology (MEXT). The staff from the U.S. Embassy expressed their high expectations for the new Framework, stating that it will further strengthen U.S.-Japan relations. The staff from MEXT briefly talked about the Tobitate! (Leap for Tomorrow) Study Abroad Initiative, and then invited Shota Sakurai on stage via video conference for a discussion about studying abroad. Shota Sakurai is an alumnus of the TOMODACHI Coca-Cola Educational Homestay Program, and is currently studying in the Philippines through the Tobitate! (Leap for Tomorrow) Young Ambassador Program. The orientation then featured Ginger Koto Vaughn, one of the regional mentors for the Kanto region, who gave a lecture on critical thinking. 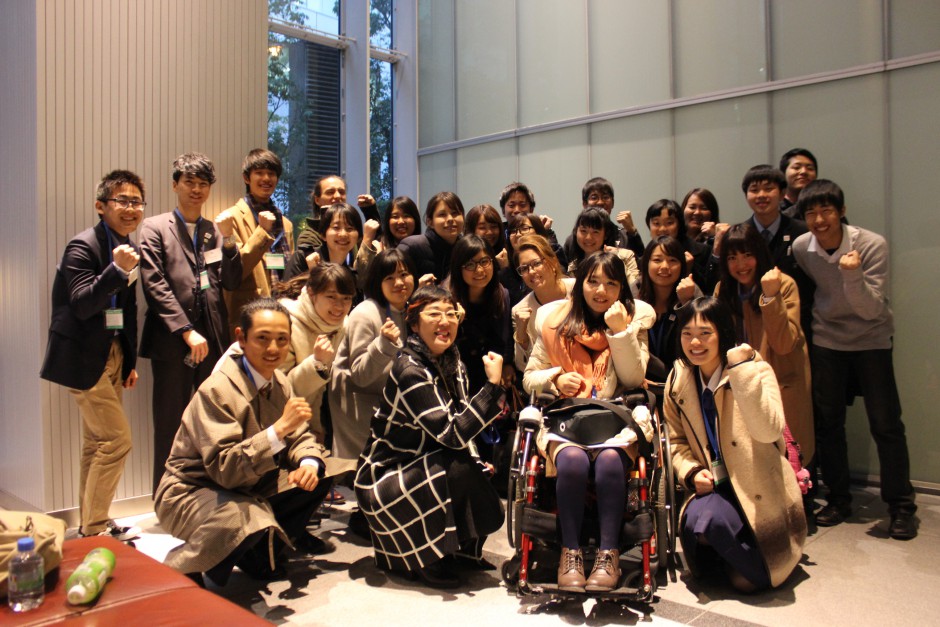 After the presentations, the participants went to the offices of Prudential Financial, Inc., where they met Corporate Chief Ethics Officer Royanne Doi. Ms. Doi discussed the correlation between a company’s  corporate ethical practices and the success of that company, and encouraged the participants to set high ethical standards for their regional events and programs. Reflecting on the first day of the orientation, Nakada Hiroko, the deputy regional leader for the Okinawa region, said, “I learned many things from the workshops led by the regional mentors. It was a valuable experience since high school students and university students do not get many opportunities to interact with professionals.” 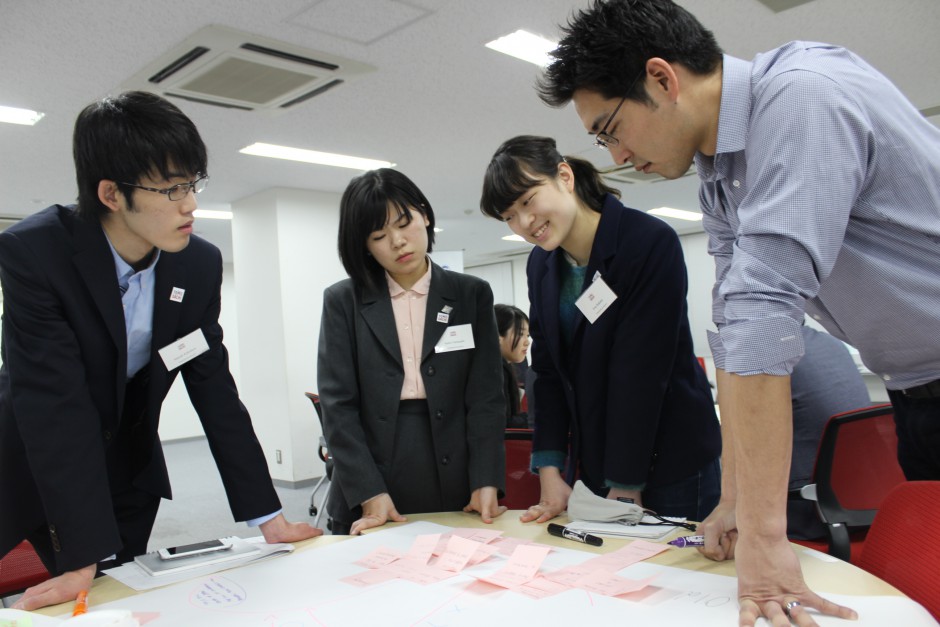 The second day of the orientation was conducted at the Wilson Learning Worldwide Inc. office, where the participants were divided into groups based on their regions and participated in activities. At the start of the session, Irene Hirano Inouye, President of the U.S.-Japan Council (USJC), shared the history of the USJC and the TOMODACHI Initiative’s founding. Ms. Hirano Inouye emphasized the importance of building people-to-people connections to strengthen U.S.-Japan relations, and expressed her positive expectations for the future achievements of the Framework members.

The participants then split into regional groups, and discussed the current situations and challenges they face. After enthusiastic discussions, the regional mentors joined in and held a brainstorming session about the future goals for each of their respective regions. The mentors often gave advice to the leaders and the deputy leaders throughout these activities. Kaito Manabe, an alumnus of the TOMODACHI Sumitomo Corporation Scholarship Program and the leader for the Kyushu region, said, “It was very exciting to be able to interact with alumni from other regions. Kyushu has a lot of resources, like tourism. I would like to promote deeper connections among TOMODACHI alumni by uniting all these different resources through TOMODACHI’s programs.” After the two days they spent together, the alumni created stronger connections with each other and enhanced their sense of responsibility as representatives of their regions.

The TOMODACHI Alumni Leadership Program is made possible with the generous support of The Prudential Foundation.

Mar 28, 2017
ABOUT US
PROGRAMS & ACTIVITIES
NEWS & MEDIA
GET INVOLVED
CONTACT US