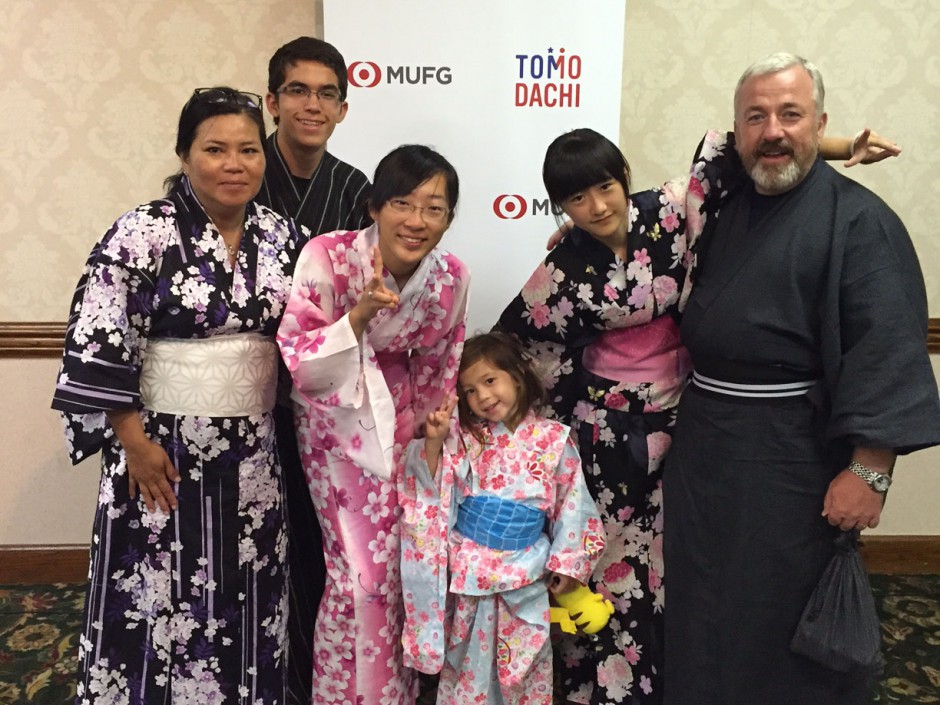 From July 23 to August 6, 2016, twenty middle and high school students from the three Tohoku prefectures—Iwate, Miyagi, and Fukushima—traveled to Los Angeles, California to experience a homestay and cultural exchange activities on the TOMODACHI MUFG International Exchange Program 2016. 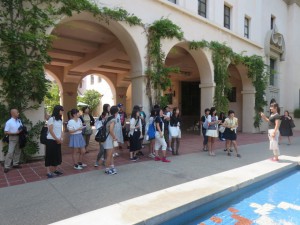 As part of the program, the participants were invited to the residence of the Consulate-General of Japan in Los Angeles, where they received a warm welcome from Mr. Akira Chiba, the newly inaugurated Consul General. In return, the students expressed their gratitude for being invited to such a prestigious event. U.S.-Japan Council (USJC) President Ms. Irene Hirano Inouye and former Chairman of the USJC Board, Mr. Thomas Iino also attended the event, and it was an opportunity for a friendly interaction between the participants and guests.
Other activities during the program included touring the Yakult USA factory, visiting the Japanese American National Museum and Tanaka Farm which are run by third-generation Japanese Americans. These trips deepened their understanding of U.S.-Japan Relations, and the history of Japanese Americans. 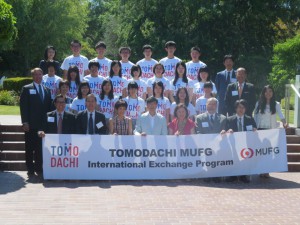 The participants also had opportunities to interact with American culture and language through volunteer activities and English classes at the MA Center LA, a new community center that is part of the United Nations affiliated NGO, Embracing the World (ETW) and going to a major league baseball game. Furthermore, they stayed at the dormitory of the University of California, Los Angeles, where they lived in the same dormitory and ate at the school cafeteria with many other high school and college students from around the word, and were able to experience college life in the United States. 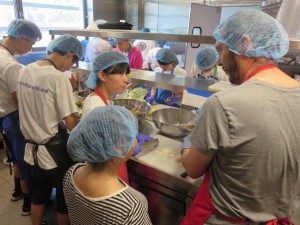 For many of the participants, this was their first experience abroad, and they seemed to be nervous at the beginning of the program. However, through the two-week program, they were able to open up and deepen their understanding of U.S.-Japan relations. In the latter part of the program, the students were warmly welcomed by host families, many of which were employees of MUFG Union Bank. Although extremely nervous, the students introduced themselves to their host families in English, and shared information about Japanese culture, their experience from the Great East Japan earthquake and tsunami, and current reconstruction efforts. By communicating their story, the students were able to deepen their friendship with their host families.

This program is made possible by generous contributions from the Mitsubishi UFJ Financial Group.