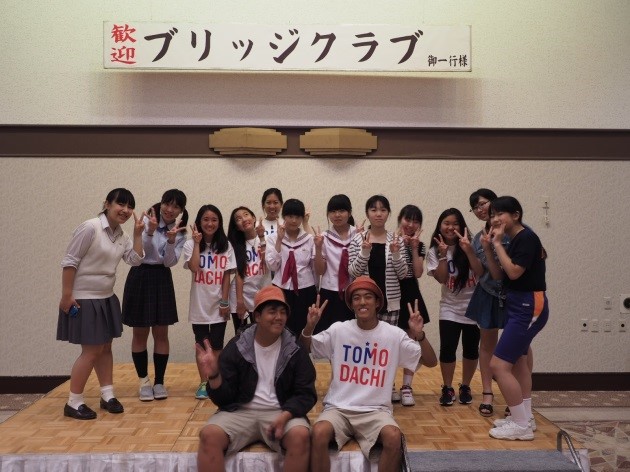 Six students ranging in age from 12–22, along with chaperon Daniel Hwang, returned on July 15, 2015 after spending one week in the Tohoku region of Japan as part of the 2015 TOMODACHI–Aloha Leadership Program (TALP). The purpose of the trip was to reconnect with participants of the Rainbow For Japan Kids Program (RFJK), also sponsored by the TOMODACHI Initiative. This was the third year in the row that the TOMODACHI Initiative has funded a trip for Hawaii students to visit and reconnect with the friends made here in Hawaii who have participated in the RFJK program, which allows Japanese students affected by the 2011 Great East Japan Earthquake and Tsunami to travel to Hawaii for mental and physical recuperation in addition to learning about Hawaii’s culture. 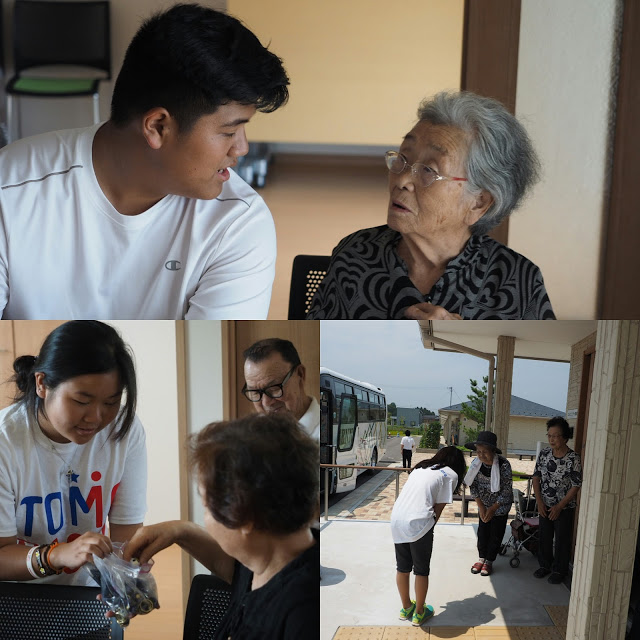 This year’s TALP delegates had a jam-packed itinerary in Tohoku.  In just one week, they visited  Sendai, Matsushima, Ishinomaki and parts of Fukushima prefecture.  The first day was spent in Sendai where a dinner was held and representatives from the TOMODACHI Initiative were able to attend.  Following that, the group spent four days traveling around the Ishinomaki peninsula – where delegate Shayna Kim commented that, “there was no one to see for miles,” as they drove down to Oshika village.  The TALP delegation was one of the first foreign groups to visit the village since the tsunami hit four years ago. The delegates visited Oshika Middle School and were humbled to see the way that the community has come together in the aftermath of the disaster. The people of the area have created a dance called the “sanma de samba” to lift the spirits of the people.  The TALP delegates were given a special presentation of the dance, and even learned the basic steps.  As one of the delegates, Sarah Tamashiro said, “I’ve never seen a community come together like that before.  It was amazing to see how much the people have anchored themselves and are moving forward.”

While in Ishinomaki, the delegates also visited a small fishing village in Onagawa where they met fisherman and learned about their way of life and Asahigaoka temporary housing where they shared the “Aloha Spirit” with the residents by performing a hula, Ulupalakua. Following that, they departed to Minamisanriku where they helped the Sea Monkeys group clean Tsunagari beach of debris still left over from the tsunami. They returned to Sendai for one day, and then headed south towards Fukushima prefecture. They stopped in Shinchi town, where they were given a chance to talk story with some of the elderly residents living in the temporary housing facility and teach them the steps to Ulupalakua. Following that, they ventured further south to Iwaki city, where they met several of the 9th RFJK group that will be coming to Hawaii later this July. Their final days in Japan were spent in Matsushima and Sendai city where RFJK members from around the region came to a final reunion party for the TALP delegation the night before they departed back to Honolulu. 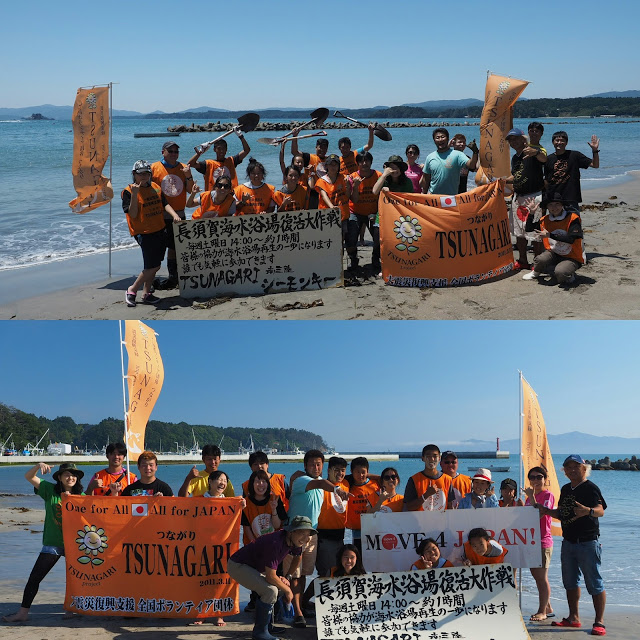 No matter where they visited in Japan, the TALP delegates were greeted with open arms, warm smiles and positive attitudes by everyone they met.  The chance to reconnect with the RFJK participants, see the areas where they come from, and learn and understand more about what they have gone through in the past four years has impacted the delegates from Hawaii in ways that they may not even yet understand. Delegates were not only touched, but also inspired by the strength these Japanese kids have shown in the face of life-changing adversities and expressed their need to appreciate and cherish the family, friends, and homes they usually take for granted.

Jul 26, 2015
ABOUT US
PROGRAMS & ACTIVITIES
NEWS & MEDIA
GET INVOLVED
CONTACT US