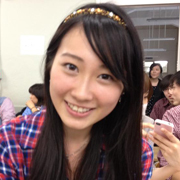 Makiho Sakata, an undergraduate student at Keio University, participated in the TOMODACHI-supported program “Japanese Student Voices on 3.11,” which brought 28 university students from the Tokyo and Tohoku areas to the United States this past spring. Organized by the non-profit organization Knowledge Investment Programs (KIP), the program included stops in New York, New Haven, Boston, Washington, D.C., San Francisco and Los Angeles, where participants met with American university students. Makiho shared her experience with us and her views on volunteerism and the misconceptions about inward-looking Japanese youth.

Q: What did you hope to learn from your participation in the “Japanese Student Voices on 3.11” program to America?

A: As part of the program, I spent some time doing research on a topic before leaving for America, and focused on the issue of volunteerism.  I was interested in learning about this during my time abroad because volunteerism has become so important in Japan following the March 11th disaster, helping to provide assistance to local communities. I wanted to know more about about widely-recognized American volunteer groups, as well as the disaster response system in the United States in times of crisis.

I had the chance to present my research findings to American students and learn about the various volunteer activities that American students were involved in.  I feel that Americans should be proud of their volunteer culture.  At the same time, as a representative of Japan, I wanted to express my great appreciation for Americans volunteering and contributing on earthquake relief efforts in Japan. I hope to continue this relationship of helping each other in the future.

Q: There has been a lot of discussion in the media about how Japanese students are inward looking and are increasingly less inclined to study overseas.  Your group explored this question extensively during their discussions and research. What were your conclusions?

A: I came to the conclusion that the Japanese students tend not to study abroad in recent years NOT because they are inward looking. This opinion is shared by many of the KIP students including myself.

There are other reasons for this trend. Among others, the challenges of the job hunting process orshukatsu in Japan is one of the biggest problems.  There isn’t enough  time for students to study abroad because of the increasing duration of job hunting, and the fact that students have to begin preparing earlier for this process. Another reason is the lack of financial aid for students to study abroad.

Personally, my desire to study in America has grown even stronger, having visited various colleges and universities around America and meeting American students during my trip.