On October 28, 2020, four TOMODACHI Alumni from different programs were invited to attend the online 21st U.S.-Japan Council Business Advisory Board (BAB) Meeting, at which Masaaki Tanaka, BAB Chairman and Vice-Chair of the USJC Board of Councilors, delivered remarks as the featured speaker. Two additional alumni joined the meeting as part of the TOMODACHI Alumni Internship Program and helped manage the event by providing technical support. Over 50 industry leaders from diverse fields gathered to listen to his talk, titled “Unwavering Commitment to Global Business,” and this was the eleventh time TOMODACHI Alumni were invited to join business executives as representatives of the future of U.S.-Japan leadership. 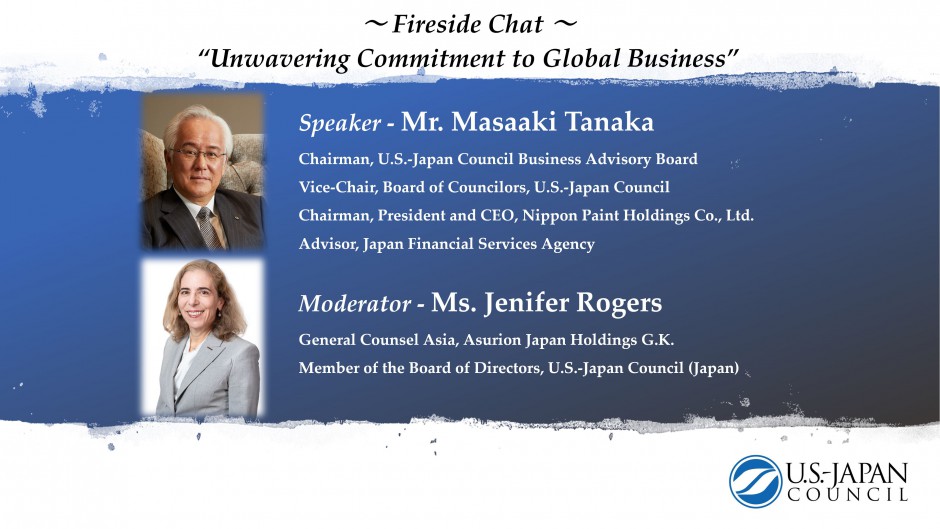 Joined by Jenifer Rogers, General Counsel Asia, Asurion Japan Holdings G.K. and Board Member of the U.S.-Japan Council (Japan), as a moderator in this fireside chat, Mr. Tanaka first shared his fascinating career trajectory of over 40 years in finance and how he came to know the late Senator Daniel K. Inouye and Irene Hirano Inouye, co-founders of the U.S.-Japan Council. He also shared his new endeavors on the recent major M&A at Nippon Paint Holdings. 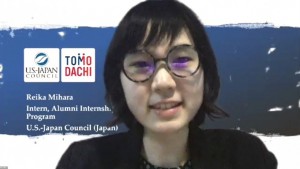 During the Q&A and networking session following the talk, the audience, including TOMODACHI Alumni, were eager to ask him questions. Reika Mihara, an alumna of the Building the TOMODACHI Generation: Morgan Stanley Ambassadors Program, asked how the private sector could stay connected to or collaborate with the public and nonprofit sectors. Mr. Tanaka responded that regardless of which sector you work for, everyone’s focus should be on the public interest. He stated that producing antiviral products utilizing technologies and innovations that only a private company like Nippon Paint Holdings can afford is a step toward realizing a cross-sector partnership for the public good. 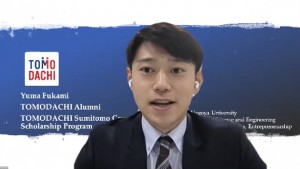 Reflecting on his experience, Yuma Fukami, an alumnus of the 2019 TOMODACHI Sumitomo Corporation Scholarship Program, noted how impressed he was by Mr. Tanaka’s mindset and patience and the impact these have had on his success. Mr. Fukami was inspired to work more positively and thoughtfully, without feeling daunted by any challenges.

The meeting concluded with Mr. Tanaka giving advice to TOMODACHI Alumni to stand on their own feet to succeed as a global leader in a world of uncertainty, as no work can provide life-long assurance.

Nov 27, 2020
ABOUT US
PROGRAMS & ACTIVITIES
NEWS & MEDIA
GET INVOLVED
CONTACT US