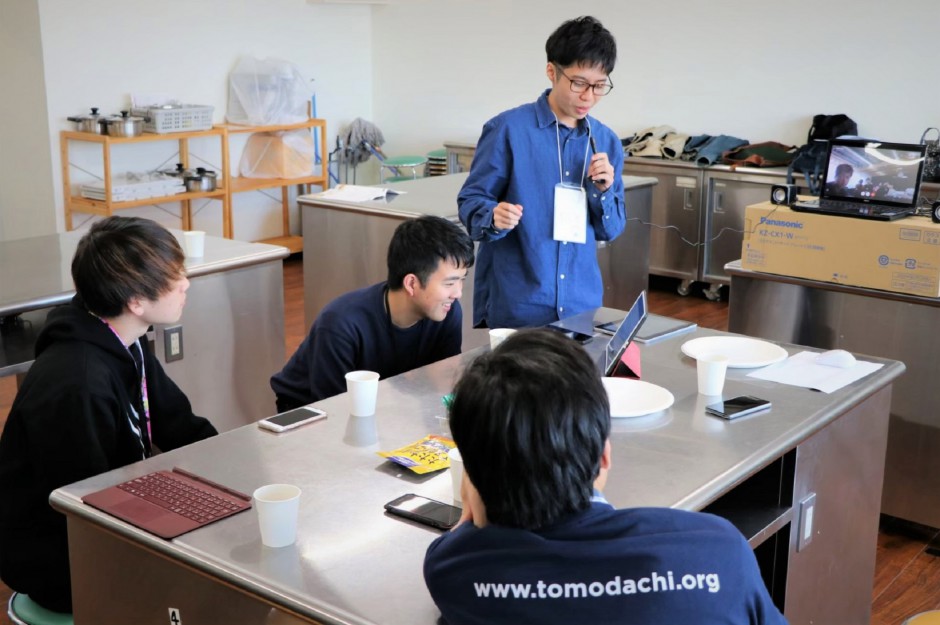 On November 30, 2019, the Kyushu region held its TOMODACHI Alumni Regional Framework Theme Event. The event, titled Operation KAMATOMO in Kyushu, was organized by Regional Mentor Shotaro Kurata and Regional Leader Toshinobu Sasazu, with support from Kenji Miyaishi from the U.S. Consulate Fukuoka.  The event was held in two locations, SUiTO FUKUOKA in Fukuoka and azito in Oita, simultaneously connecting the two locations through video.

Each participant was able to network and discover the close relationship between food and local communities by cooking the traditional dish ozoni (Japanese soup with rice cakes), whose ingredients vary by region.

Considering the questions “what is local food?” and “why is local food often overlooked?,” the participants had a lively discussion across Fukuoka and Oita. The basis of the word KAMATOMO derives from companions who share a meal, and suggests that mere encounters will develop into special connections through food.

Participants commented the event offered a wonderful opportunity to realize the strong connection between food culture and their identity as locals, and to reconsider their country and local food culture in a globalized world. 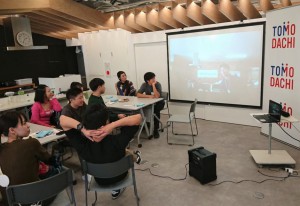 Regional Leader Toshinobu Sasazu concluded the event, saying, “People that grow up in the Kyushu region tend to be proud of their homeland, but I wonder if people realize local food culture is a major reason they love their home. Although we eat food every day, people are not aware of the food problems facing society; this is why I put together an event to give people the opportunity to rethink the problems we face and the importance of food to us today. I believe that this KAMATOMO project has helped the RISE Leadership Program progress and build new alumni connections.”

The event was held as part of the TOMODACHI Alumni Regional Framework, the TOMODACHI Generation Alumni Leadership Program supported by Prudential.