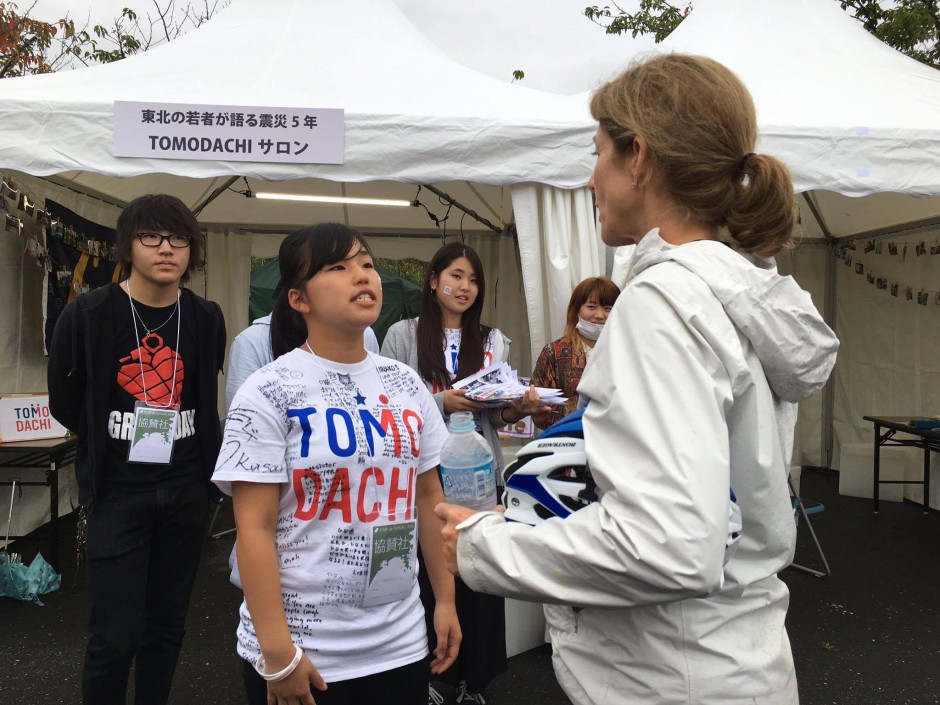 On September 18, Ambassador Kennedy stopped by the “TOMODACHI Salon” at the Tour de Tohoku 2016 in Ishinomaki, which was organized and managed by TOMODACHI alumni from the Tohoku region. At the booth, the alumni spoke about their experiences participating in a TOMODACHI program and how it has impacted their lives in the past five years since the Great East Japan Earthquake.

Sep 29, 2016
ABOUT US
PROGRAMS & ACTIVITIES
NEWS & MEDIA
GET INVOLVED
CONTACT US