The U.S. Students of “Amache Preservation Society” Visit Oita to foster the bonds with Japan 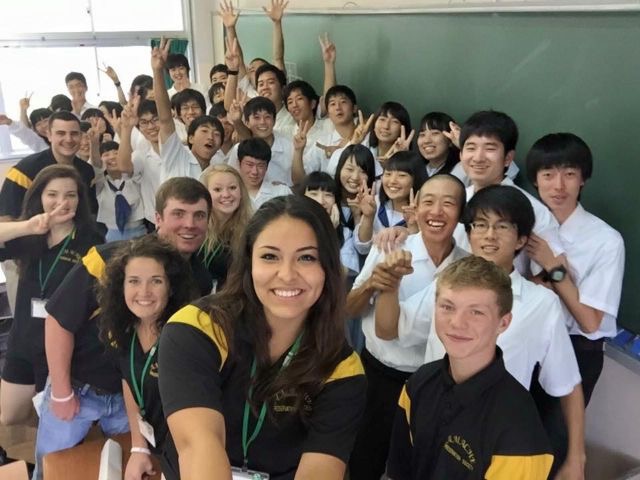 From July 6-13, 2015, fifteen high school and college students from “Amache Preservation Society” participated in the TOMODACHI CIE Grassroots Summit in Oita in Oita prefecture, Japan. The Grassroots Summit, managed jointly by the John Manjiro Whitfield Commemorative Center for International Exchange (CIE) and the local Summit Executive Committee, is held alternately in Japan and America. The goal of the summit is to strengthen U.S.-Japan relations by fostering grassroots friendship. It also includes a homestay program aimed to promote exchange between American and Japanese citizens, regardless of age or language ability.

“Amache Preservation Society” (APS) strives to maintain and renovate “Granada War Relocation Center” (Camp Amache) in Granada, Colorado, where over 7,000 Japanese Americans were forcibly imprisoned during World War II. The society was established by Mr. John Hopper, a social studies teacher at Granada High School, and consists of volunteer students from that school. The students of APS delivered presentations about the situation of Japanese Americans during and after WWII and shared the stories of their volunteering activities at APS at the Ritsumeikan Asia Pacific University (APU), Uenogaoka High School and at the Closing Ceremony of the Grassroots Summit. As 2015 is the 70th year anniversary of the end of WWII, their presentation increased the understanding of the history between the U.S. and Japan and sent out the positive message on the growing friendship and mutual understanding between two countries. 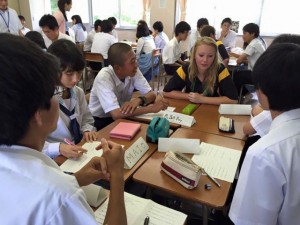 The students spent their first two days in Beppu city, where they took a city tour and met with the descendants of John Manjiro, Captain Whitfield and Commodore Perry. In the evening of their last stay at Beppu city, they participated in the Grassroots Summit Opening Introduction.

Another main element of this program was a three-night homestay with local Japanese families and enjoying numbers of cultural exchange activities. Throughout the program, the APS students made connections to Japan for the first time and made friends through their valuable cultural experiences.

Jul 23, 2015
ABOUT US
PROGRAMS & ACTIVITIES
NEWS & MEDIA
GET INVOLVED
CONTACT US