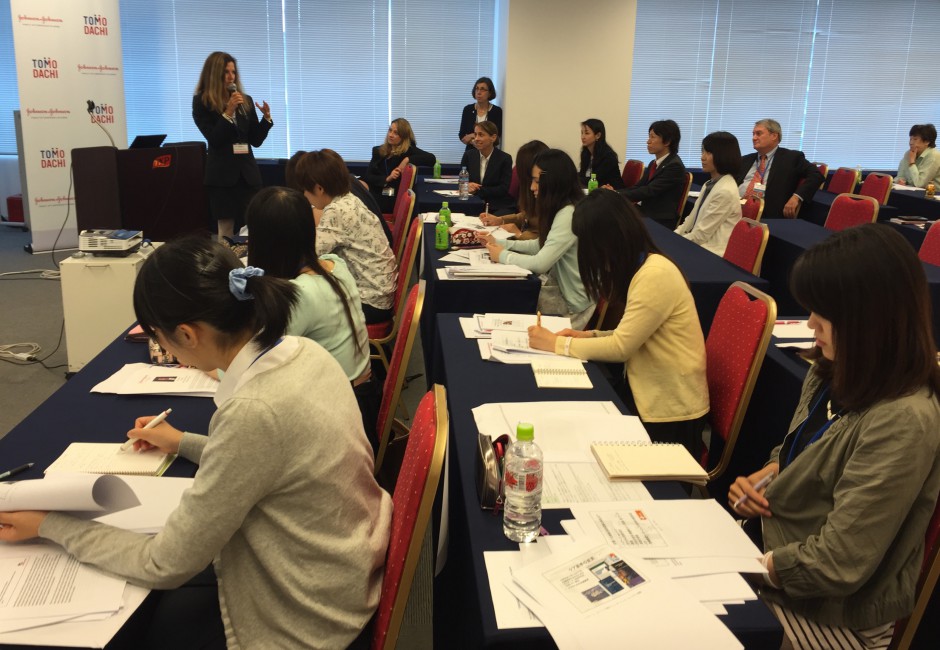 “Since I experienced the 3.11 disasters first hand, I can support disaster-stricken people in a unique personal way. … As a first step towards this goal, I am determined to see first-hand the state of disaster medicine and nursing in the United States.”

These are the voices that belong to the nursing students from Miyagi Prefecture selected to join the TOMODACHI J&J Disaster Nursing Training (DNT) Program that will take them to the United States in August 2015. The program has been created in partnership with Johnson & Johnson Family of Companies, and will support capacity building of nurses in the Tohoku region by focusing on the field of disaster medicine. 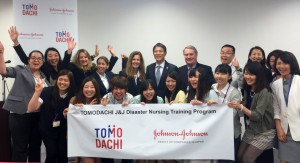 The TOMODACHI J&J DNT Program will be bringing nursing students from the Tohoku region – starting with Miyagi Prefecture for the inaugural year – to New York and D.C. In New York, they will learn about post-9/11 responses; both immediate responses as well as more long-term issues such as mental health. In Washington D.C., they will learn about how the United States handles disaster within their borders through organizations such as FEMA and NVOAD, and outside their borders through organizations such as USAID and the Red Cross. The students have all experienced the 2011 Great East Japan Earthquake in various ways and hope to share their stories with those they meet in the United States to continue the education of disaster response throughout the world. Ayana Iwabuchi from Ishinomaki says: “By representing the victims of the Great East Japan Earthquake, I look forward to sharing my experiences and the actions we took after the earthquake [to those in the United States].”

The program consists of three parts. Part One (the PreTrip Seminars) just wrapped up. Two specialists in the field of disaster medicine came to Japan to prep the eight nursing students prior to their travel to the States and to speak about their expertise to Japanese specialists in Tokyo and Sendai. Dr. Tener Goodwin Veenema, PhD MPH MS RN FAAN has over 30 years of experience training nurses and has been consulting for organizations such as FEMA, Red Cross, and the Department of Health Services. She has her own consulting business and has been awarded the Florence Nightingale Award (the highest award any nurse can achieve) by the International Red Crescent in Geneva, Switzerland. Krista Cato, MHA BSN RN has over ten years of nursing experience with intensive care and curriculum development. Her most recent endeavor was to conceptualize and develop the Ebola Response Plan at her hospital, Children’s National in collaboration with the National Institutes of Health (NIH).

Two Pre-Trip Seminars were planned in Tokyo and Sendai. The Tokyo Seminar was held at the American Center in Japan in conjunction with the U.S. Embassy Speaker Program. The Sendai Seminar was held at the TKP Sendai Conference Hall and was attended by students, educators, doctors and nurses from all three prefectures affected by the Great East Japan Earthquake: Miyagi, Iwate, and Fukushima.

President Tamotsu Hiiro of Johnson & Johnson Medical Company in Japan traveled from Tokyo to Sendai to meet the students in person and welcome them into the program. He shared his experiences with the students of how the first time he left Japan’s borders was after he became a shakaijin and proved that it’s never too late to master a language. As long as there’s a will, there’s a way.

The other purpose of the PreTrip Seminars was for the specialists to perform a needs assessment of the Tohoku region in order to better plan for the students’ trip in August. In order to do this, the specialists visited the hard-hit areas in Tohoku to learn about how the hospitals dealt with the March 11th disasters. At Ishinomaki Red Cross University Hospital and Onagawa Medical Center, the group had the opportunity to speak with doctors and nurses about the challenges they faced in the aftermath of the Great East Japan Earthquake and Tsunami; what issues remain and what new issues have emerged since then.

The third and final part of this program will provide opportunities for the students and mentors to present their findings and lessons learned during the U.S. Study Tour to their colleagues in Tohoku. In addition, they will travel to other regions in Japan interested in learning about disaster training and response through the lens of Disaster Nursing by presenting the challenges and opportunities they have experienced since the March 11th Disasters. One student from Ishinomaki, Natsumi Miyakawa, spoke during the event in Sendai: “Although I was the one chosen to represent Japan on this program, the experiences and lessons learned are for everyone. What’s important is to ‘pass it forward’ and I look forward to sharing the wealth.” Another student, Nao Onodera from Kessennuma, promised: “Through this program, I look forward to broadening my horizons to find new ways to look at Japan and the disaster-stricken areas in hopes of finding further opportunities for improvement.”

Jun 24, 2015
ABOUT US
PROGRAMS & ACTIVITIES
NEWS & MEDIA
GET INVOLVED
CONTACT US