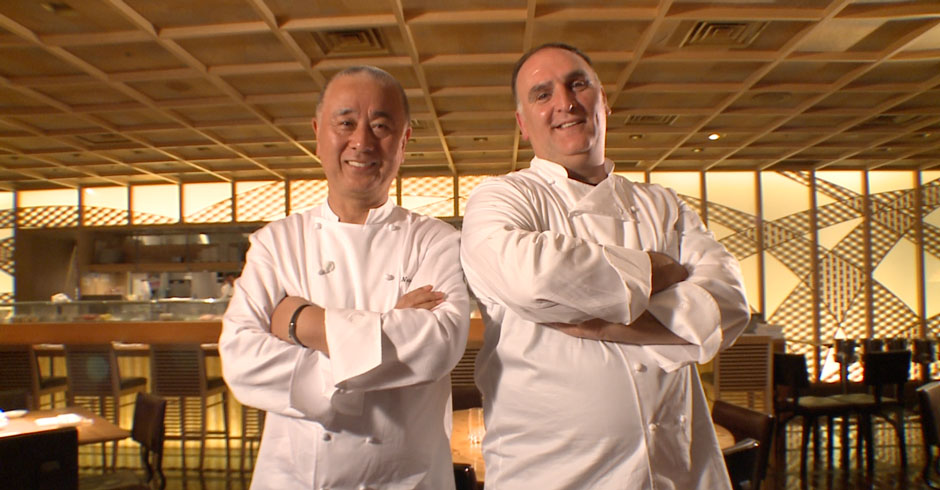 On July 20, 2014, Nobu’s Japan held a charity dinner in which celebrity chefs, Nobu Matsuhisa and José Andrés, whipped up dishes featuring the freshest ingredients from Hokkaido to support the TOMODACHI Initiative.

Entitled, “A Journey of Discovery of Japan’s Culinary Scene,” the dinner launched the first episode of a food documentary that is being filmed by the Discovery Network, to be aired in the Fall of 2014. In each episode of this series, Chef Nobu Matsuhisa will travel through Japan with a guest star chef to discover local ingredients.  Each episode will end with the guest chef and Chef Nobu collaborating on a menu using ingredients and influences from that region, for a charity dinner to benefit the TOMODACHI Initiative.

“Spending much of my time abroad, I felt that many were not aware of how much Japan has to offer. Being a chef, I hoped one day to showcase the richness of these areas by filming a documentary with star chefs from the west, and through their eyes, capture the richness in food, culture and people that make up these local places, which has now become a reality,” Chef Nobu Matsuhisa explained in the charity dinner program. 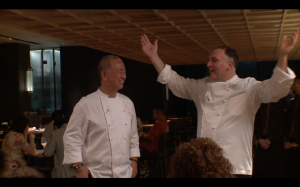 What an incredible event: a once-in-a-lifetime culinary experience with two of the world’s top chefs, all in support of a great cause.  We are so grateful to Nobu’s Japan, chef Nobu Matsuhisa, chef José Andrés, Discovery Networks and all of the guests for their support to the TOMODACHI Initiative!

Jul 30, 2014
ABOUT US
PROGRAMS & ACTIVITIES
NEWS & MEDIA
GET INVOLVED
CONTACT US