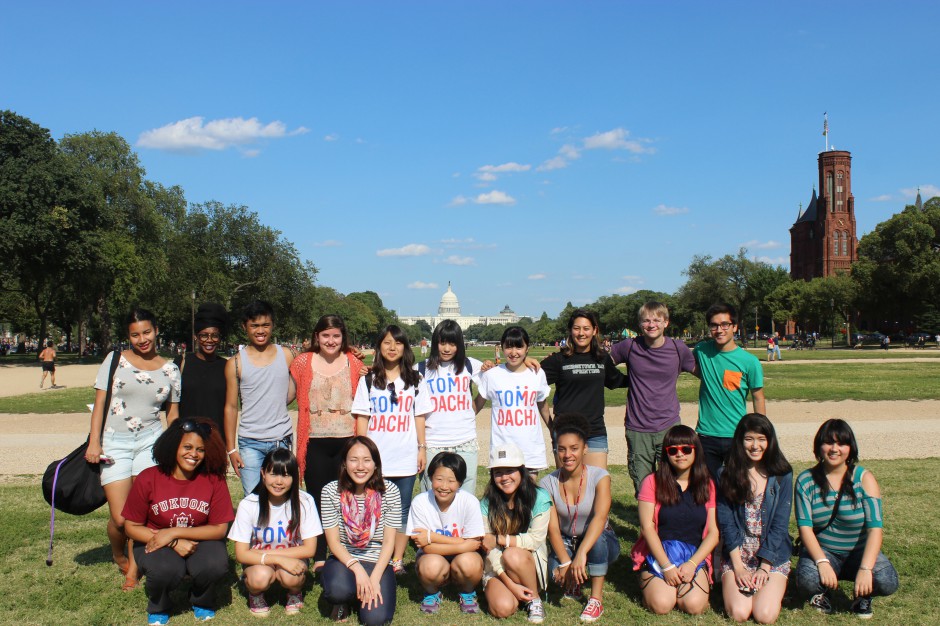 Atsuko Arimoto is from Okuma Town, Fukushima prefecture, and had to relocate due to the proximity of their home to the Fukushima nuclear power plant. She attended a high school in Baltimore, Maryland through a special scholarship provided by the TOMODACHI Initiative and BEYOND Tomorrow and has been attending at American University since Fall 2014. As an alumnus, she has participated various TOMODACHI Programs and is interning at TOMODACHI Initiative during the summer of 2015.

As a TOMODACHI intern and alumnus, she has participated in the following programs and events: 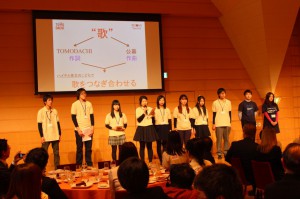 In addition to the TOMODACHI Initiative, I am an alumna of BEYOND Tomorrow, a nonprofit organization that provides leadership programs to young people in the Tohoku region. I feel a strong connection to this organization as well.  Therefore, when I found out about the TOMODACHI BEYOND Tomorrow Global Leadership Academy, I was very excited and very fortunate that I was able to participate in the program twice. This Academy is an alumni program for students who had participated in a TOMODACHI program and had studied in the United States over the summer. Seventy alumni gathered in Tokyo to discuss the global agenda and presented their ideas in front of government officials and business executives. It was a remarkable experience for me to get to know TOMODACHI alumni as well as to learn about global issues. 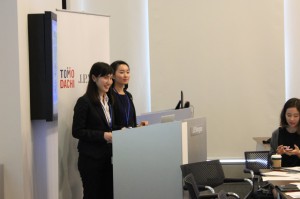 Interning at TOMODACHI Initiative was one of my dreams since I first participated in a TOMODACHI program. Through participating in various TOMODACHI programs, I saw how hard the TOMODACHI staff worked toward each program, and they made me want to be a part of their workplace as an intern. Thus, when I discovered that I had been selected to become a TOMODACHI intern, I was very excited to work with them. Another motivating factor that made me apply for the internship was because I wanted many young people to be a part of the “TOMODACHI family”. As an intern, I help organize and execute program orientations, support and attend various TOMODACHI events and translate articles for the website and newsletter. I met many participants from youth to young professionals through the internship and was able to expand my network.

On May 25, 2015, I was fortunate to have the opportunity to attend a lunch with participants for the Pacific Forum in Tokyo. As a TOMODACHI alumnus I made a speech in front of various young professionals in Tokyo. Young professionals are included professors at universities and undergraduate students who were interested in learning U.S.-Japan relations. Since I was the youngest one, I was a little nervous about talking with those young professionals; however, they were generous with any questions that I asked about their career. Also, they were really engaged with listening to The Pacific Forum provides various political and strategic developments’ analysis of Asia-Pacific region to young professionals. For more information about Pacific Forum, click here

Spoke to Former Secretary of State, Hillary Clinton in 2012 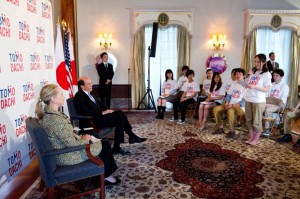 On July 8th 2012, I was selected to represent the TOMODACHI Generation and had the opportunity to deliver a speech to former Secretary of State Hillary Clinton. I spoke about my experience after the Great East Japan Earthquake and Tsunami and my plans for the future.

Below is the script of her speech when she was given an opportunity to present her speech in front of Former U.S. Ambassador to Japan, John Roos. 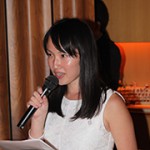 I am Atsuko Arimoto and I am from Okuma City in Fukushima Prefecture. My house is located 3 kilometers away from the radius of the Fukushima nuclear power plan, and it is designated as a distress zone. I began living in temporary housing after the earthquake and tsunami of March 11, 2011.

After the disaster when I became separated from my family and neighbors, every day was extremely difficult, but I put a great effort at my high school in studying hard and moving forward. However, the earthquake would not completely leave my mind, and I worried every day what I could do. Then, suddenly I found the high school study abroad program accepting applications, and I was able to take the chance to achieve my long-time dream of studying abroad in America. There were many tests to living as an exchange student, and it became that I would have to quit my Japanese high school. However, I had lost many, important things in the Great Kanto Earthquake, and I wanted to not let it stop me but rather to go to America to gain what I had lost. TOMODACHI gave me that chance to study abroad.

In August 2012 before I left for America, I was given the opportunity to give a speech in front of former Secretary of State Hillary Clinton at the U.S. Embassy. I saw her playing an active role in world affairs, and I started thinking that in the future I too wanted to become like her. Again in March 2013 at the TOMODACHI BEYOND Tomorrow Leadership Academy, many high school students from the Tohoku region was able to meet many important people including Ambassador Roos, and I thought more about my dream to become a diplomat.

After the event ended, I went for one week to the Dominican Republic to volunteer. Until then, I crossed national borders with the support of many people and was able to study in America, but now I saw world problems with my own eyes and I wanted to know what I could do to help. However, I went to the Dominican Republic and did volunteer activities every day with American high school students, while speaking Spanish which I could not speak very well. Other people were also doing cultural exchanges, but I was learning so much from them while feeling that I could teach them very little. When that happened, children with happy faces said, “Thank you for coming to Dominica.” There were times when local grandmothers said, “we are so happy that you came all the way from Japan just for us,” and made us delicious homemade Dominican cooking. I realized that if I want to change something on this earth or help something, just by thinking it and even without creating a big change now, those people were happy just with that.

In the future, I definitely want to become a diplomat and steer Japan in a positive direction.  The thoughts and feelings that I experience during the program are extremely important to me, and it has shaped my dream. Everyone, what you can do, the environment around you, and the place that you live are all different, but I learned from the TOMODACHI program and from Dominica that we can gather our strength all together for Tohoku and for Japan.  If I hadn’t participated in the TOMODACHI program, I do not think that I could have volunteered in the Dominican Republic or take action now for the Tohoku region. It is not just me, but many thousands of TOMODACHI students that experienced the program who thought about what they should do or high school students that thought about what they could do who could seriously consider these questions. TOMODACHI reached out after the Great Kanto Earthquake to the students in the Tohoku region who had lost their courage, and they created a new start line for us. We finished the TOMODACHI program and were able to look forward. For me, I will be attending a university in America next year and studying subjects like Economics and International Affairs in order to become a person who is knowledgeable about the world.

It was without a doubt Ambassador Roos who created the essential starting line for us.  He is my role model for becoming a global leader in the future; a person who thinks of others with a kind heart, takes risks without fear, and works enthusiastically.  Though it has been over two years since the Great East Japan Earthquake, the generous efforts in Japan have struck me with the courage to do my best.  In the future, I would like to become a leader like Ambassador Roos who can work with people to help find where people belong.

I was very fortunate to participate in various TOMODACHI programs and to meet with alumni who have unique backgrounds. One of the strengths of TOMODACHI is the alumni network because each alumni has unique and interesting backgrounds which can influence each other.  Even after the programs, I still keep in touch with alumni/friends who I made through the programs. Also, the programs made me possible to meet with my role models, such as Ambassador Roos and Hillary Clinton, and those experiences still have gave me a great impact in terms of my college decision and future goals. Although I don’t know what exactly I want to do in the future, I would like to get involved with strengthening U.S.-Japan relations. I believe that TOMODACHI continues to give me inspirations and wonderful opportunities and so does to many people.