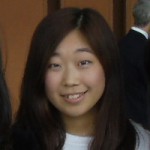 Yuki Amano participated in the TOMODACHI Social Innovation in Seattle Scholars Program at iLEAP in March 2014.  She was selected to meet President Obama as part of the TOMODACHI Generation in April 2013.  She hopes to study medicine in the United States in the future.

On April 24, 2014, I had the opportunity to meet President Obama as part of the TOMODACHI Generation. He spoke to us one by one, even though he was very busy.  I met him before I met Prime Minister Abe. President Obama smiled at me and gave me great power by talking to me and shaking my hand. After listening to his speech, and speaking with him, he inspired me to improve my English and to study medicine in America, in the future. 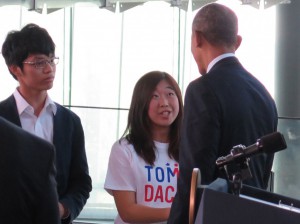 I joined the TOMODACHI Social Innovation in Seattle Scholars Program at iLEAP for one month in March 2014.  It broadened my perspective and my way of thinking.  I learned many new things including the differences in our cultures, and about leadership and social innovation.  I learned about different types of leadership and decided I want to be an “Adaptive Leader” – one who is flexible and democratic.

When I was a junior high school student, I saw a documentary about Doctors without Borders (MSF) and UNICEF. I was really surprised because a lot of children were thin and dying of hunger. I thought “Why is there a big difference between Japan and developing countries?” I believe that all lives have equal value. 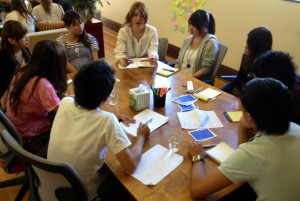 I believe that there is a connection between being a good nurse and being a good leader. For example, in a disaster or an explosion, a nurse has to treat people immediately.  You are required to take action that is suited to the occasion, at any time or place.  I think this is a characteristic that is present in a good leader.  I was able to expand my perspectives through this program.

I am really glad that I am a part of the TOMODACHI Generation. I strongly recommend getting involved and I want more people to be informed about the TOMODACHI Initiative.  TOMODACHI gives us the skills to expand our horizons.  I really appreciate the opportunities that TOMODACHI has offered me. Thank you very much.