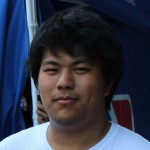 Kei Imai participated as a TOMODACHI Fellows Participate in the ELS University Preparation Summer Program 2013 and had an opportunity to study English in Malibu, California.  He has decided to go to the United States for University and will be attending Southern Nazarene University in Bethany, Oklahoma from Fall 2014.

I first heard about the ELS University Preparation Summer Program 2013 from a diplomat working at the U.S. Embassy in Tokyo.  I was studying seriously in preparation for going abroad in the United States.  This program seemed like a good fit for my plan to go to college in the United States, so I decided to apply for the TOMODACHI Fellowship. 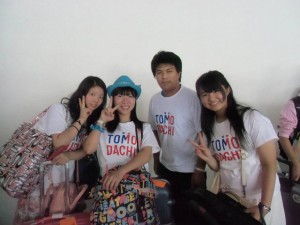 During the program, the English language class mainly focused on studying for the TOEFL and SAT exams, and also included skills on giving presentations, essay writing, and vocabulary tests.  As the program progressed, I quickly realized that my level of English was not as high as I had thought.  I was placed into the advanced English class but I was the least proficient English speaker there.  The rest of the class was ahead of me in both vocabulary and communication skills.

However, I saw no reason to give up there, and decided I would strive to do my best. I raised my hand in class even if I was not completely confident, I asked my teachers questions between classes, and I even showed up to school in scrubs one day in order to stand out.  I had never done such things before but these experiences enhanced my approach toward learning English.

Participating in this program drastically changed my life in another way as well.  During the program, I fell ill and was hospitalized.  It turned out that I have a potentially life-threatening irregular heartbeat, so I returned home midway through the program. Thankfully, tests revealed that the irregular heartbeat was benign. As one who wants to become a paramedic in the future, it was an interesting experience to be treated in the Emergency Room of an American hospital.

After I returned home, I resumed my U.S. college application process. I had wanted to study abroad in the U.S. before participating in the program, but now I had a different outlook on the entire process. Keeping in mind what I learned in my ELS University Preparation Program as a TOMODACHI Fellow, I made sure to speak up in class and made it a priority to speak English.  I took the SAT and TOEFL, completed my college essays, and applied to colleges in the United States.  After receiving all my college results, I decided to attend Southern Nazarene University in Bethany, Oklahoma for pre-med from Fall 2014.

I will never forget my experience as a TOMODACHI Fellow on the ELS University Preparation Program.