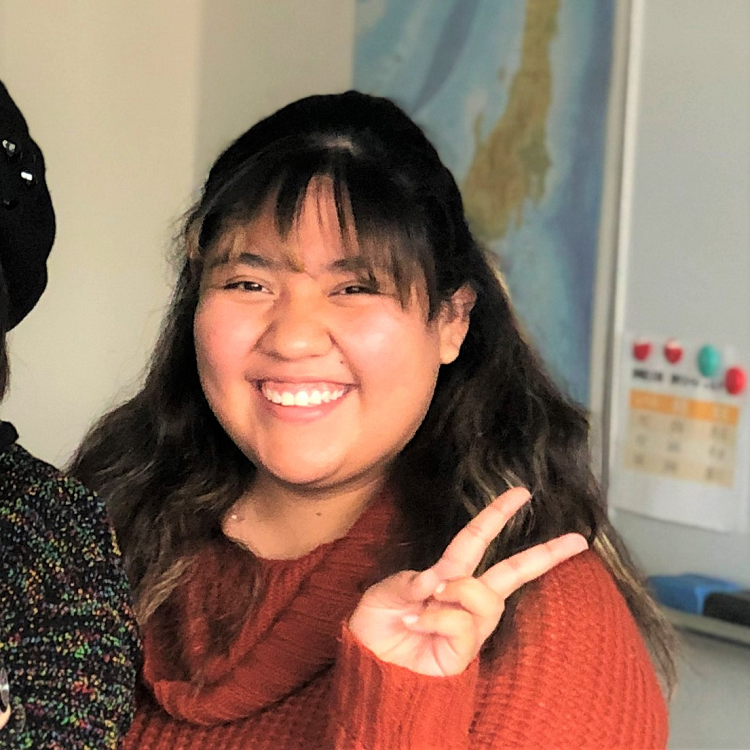 We interviewed Monica Estrada, an alumna of the 2017 TOMODACHI Daiwa House Student Leadership Conference V and a participant in the Toshizo Watanabe Study Abroad Scholarship Program from 2018 to 2019. Estrada is currently a first year Master of Human Resource and Industrial Relations (MHRIR) candidate at the School of Labor and Employment Relations at the University of Illinois at Urbana-Champaign. An aspiring HR professional, she aims to serve as a medium between an organization and its employees at all levels. Currently, Estrada’s interests include employee engagement, diversity and inclusion, and global human resources.

Q1. How did you hear about the TOMODACHI program you participated in?

I was a sophomore in university, and I was taking Japanese classes. My teacher recommended I apply to the TOMODACHI Daiwa House Student Leadership Conference. At that time, I didn’t know what I wanted to do as a career. I knew that I wanted to combine business and Japanese, but I didn’t know how to do that. When I read about the conference, it was not just about business but also about art and politics. I wanted to learn more about what I can do to help U.S.-Japan relations, and what sectors I wanted to help in. So, the main reason I applied to the TOMODACHI Daiwa House Student Leadership Conference was that I wanted more clarity on what I could do with my two interests of business and Japanese.

Q2. How did you become interested in Japan and Japanese language?

When I was in high school I decided to learn Japanese. In my junior year, I was able to go to Japan for two weeks. In the first week, we went to Kyoto, Tokyo, and Hiroshima. The second week was a homestay program in Okuizumo, a small town in Shimane Prefecture. I loved the culture, and I also really liked the fact that people in Japan live in a very different context from where I live. Even the house was different – they had a tatami room. The two-week stay in Japan was my first experience with culture shock, and made me want to return to Japan and continue studying the language. 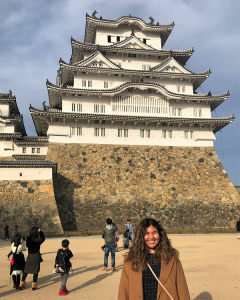 Q3. Do you have any unforgettable experiences from your time in your TOMODACHI program?

I would say there were two big things that I found the most inspiring. One was meeting other students in my TOMODACHI program. My university was really big, but the Japanese program was so small. So, it was nice to see that there were other students in Illinois that were interested in U.S.-Japan relations. I saw I was not the only one who wanted to study Japanese and had a passion for something else. It was very refreshing to know that other students had similar interests and there were different career paths they could take, too. Another thing I really liked was being exposed to the panels focused on interactions between the U.S. and Japan. There were a lot of different people working in the fields of politics, art, and business. It really exposed me to the potential career paths I can take in the future. For instance, one key State Department official spoke about the decline in the rate of students coming from Japan to the U.S. They put us into groups, and we discussed potential plans to increase the number of students coming from Japan to the U.S. to study. I liked the fact that it was so hands-on, and allowed all of the students and professionals there to talk with one another. It was a very open environment, where I could learn a lot.

Q4. What are your future goals?

As a graduate student, I’m studying Human Resources and Industrial Relations, and interning at a company. My future career goal is to work for a global company in HR, and to continue expanding my knowledge of different parts of the world. Right now, I am working on two projects; one has to do with compensation and making sure that everybody in the company is paid fairly and competitively. The other involves helping managers easily access the resumes and cover letters of people who apply to the company. As I continue learning about HR, I hope to return to Japan through this path.

Q5. What does “TOMODACHI” mean to you?

I think a lot of university students get asked “what will you do with that as a career?” or “is that a good career choice?” But sometimes, you have to be really passionate about the things you like. For me, it was really inspiring to meet with other students through TOMODACHI, and I know that they are going to do great things because they are so passionate about what they like.

Another piece of advice would be: don’t be afraid. I think when you’re in a big group of people, sometimes you can be really shy. When I started my TOMODACHI program, I was pretty shy and soft-spoken. If somebody didn’t talk to me first, it would take a lot of courage for me to go and talk to them. Something I learned from my first TOMODACHI experience was not to be afraid to walk up to people and talk to them. At the end of the day you are not sure what you will get – sometimes it’s a really good connection and sometimes it’s a really good friendship.

Don’t be scared to make the first move because you never know what you will miss if you don’t.