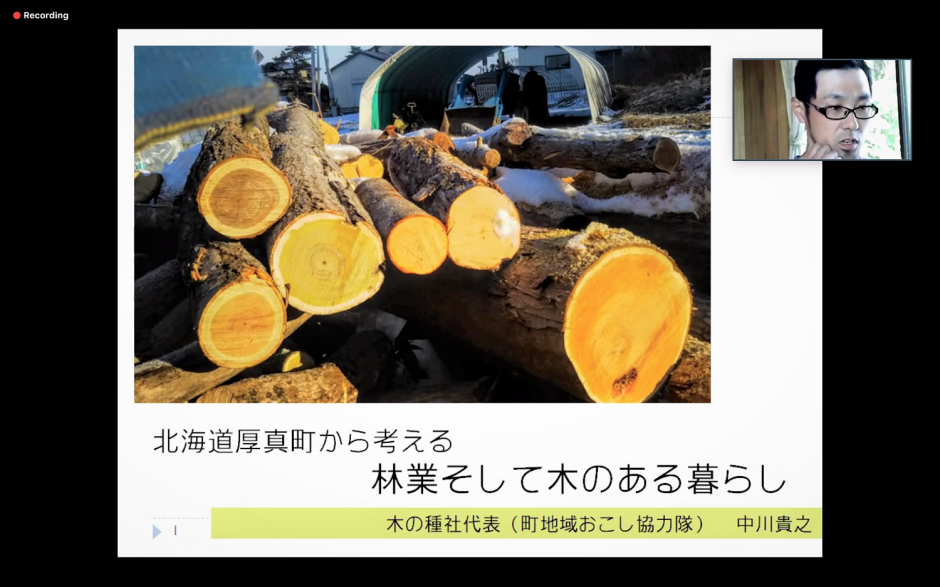 On June 7, 2020, Tohoku-Hokkaido Region, Team A held their TOMODACHI Alumni Regional Framework Welcome Event online, supported by Prudential Holdings of Japan and the U.S. Consulate General in Sapporo. 27 TOMODACHI Alumni from Hokkaido and other parts of Japan participated. The event was organized by Regional Leader Hiromi Waragai and Regional Mentor Nanako Saito. Public Affairs Officer Ryan Ingrassia from the U.S. Consulate General in Sapporo made opening remarks and encouraged TOMODACHI to continue to strengthen the community and US-Japan relations.

As the first event held by Hokkaido Alumni, it was titled “TOMODACHI Alumni Hokkaido Welcome Event ~Feel Closer to Forests~.” Highlighting forestry and Ainu music and culture, the participants discussed issues in Hokkaido. The event became a special opportunity to learn about forestry and the relationship between Ainu culture and nature, the importance of talk story, and community development.  The event opened with a keynote lecture by Mr. Takayuki Nakagawa, Director of Kinotane-sha (Tree Seeds Co. Inc) and member of the Community Reactivating Cooperator Squad in Atsuma Town. Covering an overview of the current situation of the forestry industry, he gave insights about decreasing population of forestry, increasing import of lumber, and the relationship between global economy and the local production and consumption model. 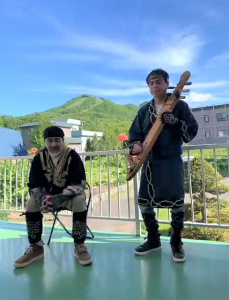 The lecture was followed by a performance by the Ainu Art Project. Mr. Koji Yuki performed a talk story in Ainu language, accompanied by the sounds of a “tonkori” (traditional Ainu musical instrument) played by Mr. Shoji Fukumoto. The performance was live-streamed from Hokkaido, and all the participants exposed themselves to the live voice of Mr. Yuki and the tone of “tonkori.” Mr. Yuki also shared a story of age-long discrimination against Ainu, which drew a deeper thoughts on the issues of racial discrimination today. Reflecting on the two sessions, the participants had a group discussion to create their own action plan to address issues related to forestry and Ainu culture.

In the latter half of the event, the groups brainstormed ideas on scents that represent TOMODACHI and Hokkaido. Among a variety of ideas were local fragrances such as todomatsu and lavender. There were also unique ideas featuring Hokkaido culinary specialities such as corn and Jingisukan (Genghis Khan, Japanese-style lamb barbeque).

One of the participants said, “This event had me consider issues that are essential in my home, Hokkaido.” Another participant reflected, “It was great to discuss with TOMODACHI Alumni from all over Japan on topics which Hokkaido alone can communicate.”  Regional Leader Hiromi Waragai says, “The theme might not have been familiar for many participants, but I believe this event was an opportunity for them to consider how to address the issues in their own context. I am glad that this event also inspired us to explore a wide variety of ideas.”

Jun 30, 2020
ABOUT US
PROGRAMS & ACTIVITIES
NEWS & MEDIA
GET INVOLVED
CONTACT US