One Hundred Next-Generation Leaders, Leading the Future of Tohoku, Developed Action Plans to Bring Positive Changes to Communities upon Completion of Program in the U.S. 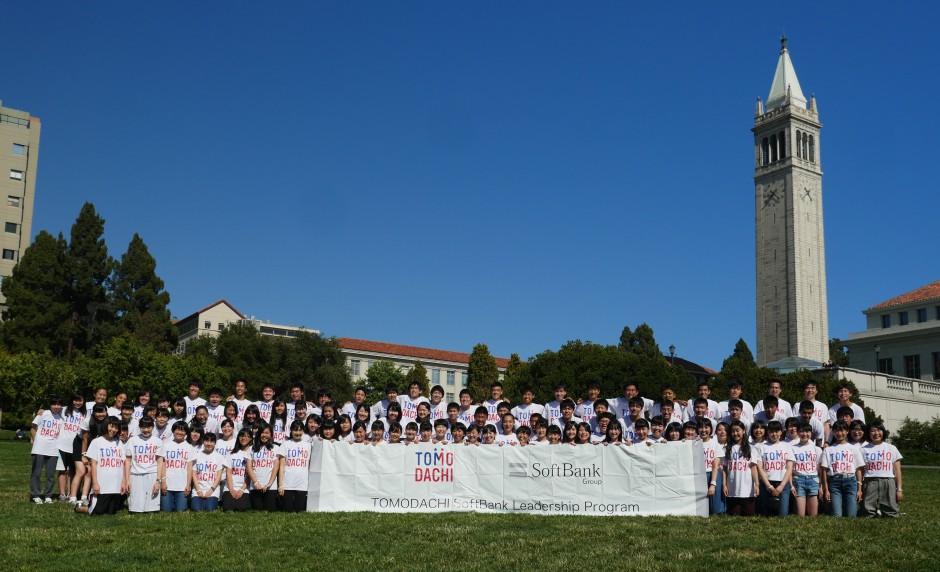 From July 20 to August 9, 2018, 100 high school students from Iwate, Miyagi, and Fukushima Prefectures participated in the TOMODACHI Summer 2018 SoftBank Leadership Program in Berkeley, California, and its suburbs.

This three-week program consists of three stages. First, the participants learn about Y-PLAN (Youth, Plan, Action, Now!), which is a project-based civic learning experiences to tackle real-world problems in their communities. The participants study Y-PLAN! at the University of California, Berkeley, where Chairman and CEO Mr. Masayoshi Son of SoftBank Group Corp., the corporate sponsor of the program, previously studied.

Second, the students receive a request from the City of Richmond and North Richmond in California, and develop and present action plans to rejuvenate these areas. Lastly, each of the 100 high school students develop and present their own action plans to be implemented in the Tohoku region. Furthermore, the participants experience homestays over a weekend, and participate in many activities, including a baseball game and other cultural experiences and interactions.

Upon arriving, the 100 students were divided into four groups, and began learning about the Y-PLAN! from the instructors and Field Assistants (FA). The trainings were not limited to just understanding the methods of community contribution and finding the seeds of ideas. The trainings also offered opportunities for the students to come together as a team, share stories that delved deep into their own experiences, and seek their own leadership style during the series of discussions.

Then, the participants received a request from the Community Housing Development Center, which has been providing housing and support services that contribute to a more vibrant community for over thirty years in the North Richmond district. The students tackled a request to “make North Richmond a more vibrant, diverse, creative, and connected community.” North Richmond is located northwest of the City of Richmond, but is not officially incorporated into the city. North Richmond is a vibrant district, with strong ties among residents, but also faces the challenges of illegal dumping, scarcity of local businesses, and the difficulty of purchasing affordable, fresh food. The participants visited North Richmond and interacted with local residents. 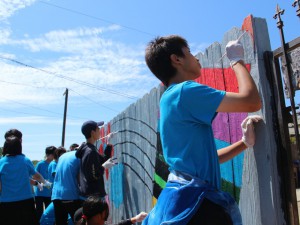 To meet the request, the 100 high school students, full of passion, wholly utilized the Y-PLAN! method and deliberated their plans within their teams. The students faced many challenges, such as respecting each other’s opinions, summarizing voices within a limited amount of time, and struggling to find their own unique role within the team. However, through the course of the discussions, each student began to find his or her own strengths, leadership styles, and roles that he or she can play within a team. In the end, every single one of the students greatly contributed to the success of their presentations.

The presentation portion welcomed a representative from North Richmond to whom the students presented variety of action plans, receiving a great deal of praise. Moreover, the program incorporated a new element into the program called “Day of Action!,” during which the students revisited North Richmond and implemented part of their action plans, such as painting fences to brighten the atmosphere of the community. Through this experience, the students not only learned the importance of undertaking their action plans but also gained brand new energy.

For the last stage of the program, designing action plans that they will carry out in their respective communities in Tohoku, the students were joined by six Adult Allies who are young professionals from non-profits and other organizations in Tohoku. The Adult Allies play a vital role in working on the action plans side-by-side with the students upon their return to Japan. Each student observed their own passions and strengths, as well as challenges faced by their communities. While receiving feedback, they elaborated on their plans multiple times. At the end of the program, the 100 students were divided into groups and presented their plans to those who make the program possible. The participants, upon completing their graduation, returned to their respective communities, having already taken a major step as next generation leaders who are bringing positive changes to their communities.