The fifth TOMODACHI Daiwa House Student Leadership Conference convened in Chicago, bringing together American and Japanese students together for a unique leadership training 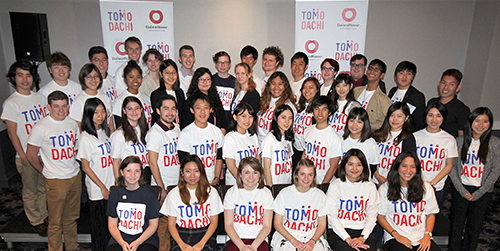 From October 20-22, 2017, forty-one students (twenty Japanese and twenty-one non-Japanese) from across the Midwest convened in Chicago, Illinois for the fifth TOMODACHI Daiwa House Student Leadership Conference.

The TOMODACHI Daiwa House Student Leadership Conference is a unique opportunity to nurture future leaders in the United States and Japan. The conference enables Japanese and American undergraduate and graduate students currently studying at a U.S. college or university to come together for leadership and development training. The conference also aims to strengthen and encourage a sense of community among students in the region, enhance cross-cultural awareness, and build the people-to-people ties that are important to the future of the U.S.-Japan relationship.

This year’s conference was titled “Industry, Investment and Cross-Cultural Engagement: Developing Leaders for the Future of U.S.-Japan relations in the Midwest.” The participants’ fields of study varied widely, including Computer Science, International Studies and Business among many other.

The students arrived in downtown Chicago on the afternoon of Friday, October 20. The first day consisted of a conference orientation and introduction activities for the students to get to know each other. The seco 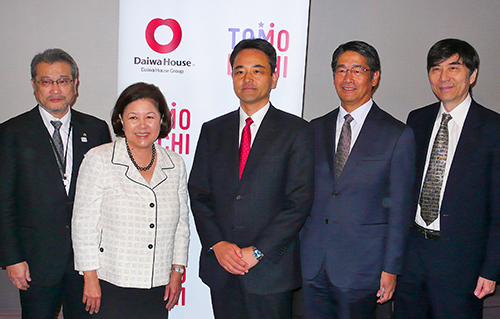 nd day kicked off with remarks by President of the U.S.-Japan Council Irene Hirano Inouye, President of Daiwa House Texas Inc. Takeshi Wakita, and Consul General of Japan in Chicago Naoki Ito. In a short presentation following his remarks, Consul General Ito highlighted Midwest’s connection with Japan and an outlook for attracting more Japanese organization in the future.

Throughout the conference, students attended various workshops and panel discussions on wide-ranging topics, including leadership, impact of Japanese businesses in the Midwest, building global careers, and developing effective communication and networking skills.

A talk was given by the Director of the Office of Japanese Affairs at the U.S. Department of State, Julie Chung, sharing her experience in overcoming adversities at work. After exchanging words with the speaker, one participant commented “I learned from her that sometime a decision has to be made on the job that contradicts with your personal beliefs. She gave great input on how to manage such situations and stay optimistic.”

In the afternoon, a special workshop was held by The Second City, an improvisational comedy enterprise which teaches communication tools and techniques designed to help students develop their voices both individually and within an ensemble through unique exercises. One American participant commented that “the workshop helped me feel more confident in networking with other people. Doing the different activities allowed even introverts like me to utilize my skills to communicate effectively.”

On the evening of October 21, a reception was hosted to celebrate the conference participants, bringing together U.S.-Japan leaders from all over the Chicago area. The short program featured remarks from Consul General of Japan in Chicago, Naoki Ito, who also spoke at the conference earlier in the day. Remarks were also made by Executive Advisor of the Daiwa House Industry Co., Ltd. Haruhisa Takeuchi who spent the day attending various sessions throughout the conference and interacting with many participants.
On the last day, students had further discussions about community engagement through arts and culture, and brainstormed leadership strategies through an interactive workshop. The conference concluded sharing different ways participants can continue to support the U.S.-Japan relationship in the future and various programs and resources for students.

One participant commented, “I knew I wanted to be involved with Japan and had a passion for Japanese Affairs, but didn’t know how to get involved. Attending this conference allowed me

to receive advice from young professionals and people who have moved up in their fields. Now I have a clearer vision on how to instill change in the field and contribute to the U.S.-Japan relation.”