Nursing Students from Tohoku Learn About Disaster Medicine, Disaster Nursing, and Medical Procedures in the U.S. 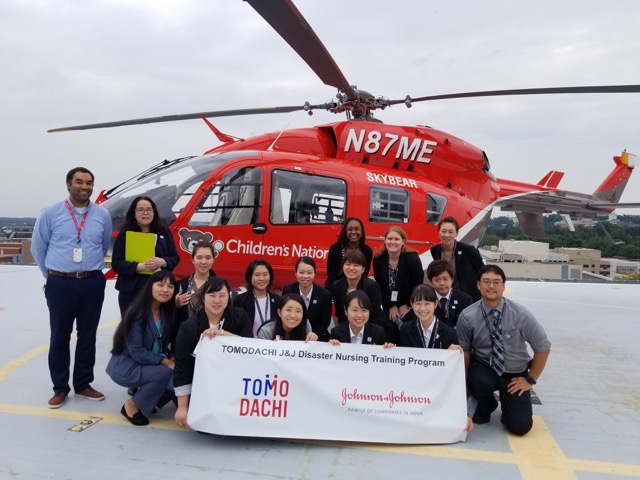 From August 5 to August 20, 2017, eight nursing students from Tohoku traveled to the U.S.

to participate in a two-week U.S. Study Tour as part of the TOMODACHI J&J Disaster Nursing Training Program 2017. The cohort was joined by two nursing students from Rutgers University in New Jersey. The students visited New York, New Jersey, and Washington, D.C., and learned not only about disaster medicine and disaster nursing, but also about medical procedures in the U.S. and the types of medicine and care that are specific to life in the U.S. In addition, the students were able to directly interact with a multilingual and multiracial society that they rarely face in Japan. As a result, the students learned the importance of understanding and respecting other people’s cultures, backgrounds, and ways of thinking, as well as developing leadership with global perspectives not only as health providers, but also as human beings. 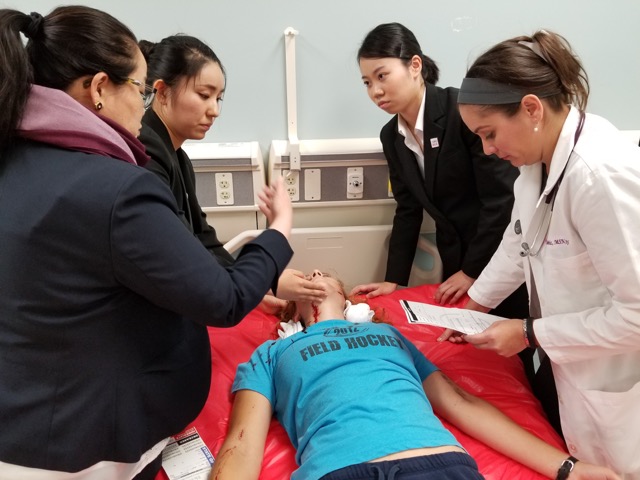 In New York and New Jersey, the students talked to victims affected by 9/11 and Hurricane Sandy about their experiences, and the students also discussed their own disaster experiences. A common thread was that these disasters created a huge hole in the hearts of the people affected and those who lost something or someone in these disasters, and it can take a long time for them to open up about their experiences. However, by sharing these experiences, they also can feel relieved and able to move on. This reminded the students of their learnings during the Pre-Trip Seminar from Mr. Seietsu Sato and Mr. Toshiro Sato from Minamisanriku, Miyagi Prefecture, and they realized once again that there are ways they can help as nursing students other than only through medicine.

The students also participated in simulation training exercises in a setting similar to a real-life disaster site. The students gained new and valuable expertise by working with actual people in exercises with detailed scenarios. Although the students often felt frustrated that they could not react or respond the way they wanted to during the exercises, this experience motivated them to learn and strengthened their determination as future health providers.

The students also received a warm welcome at the program’s sponsor, Johnson & Johnson’s, headquarters, and learned about the company’s history, its current efforts, and the importance of supporting these efforts. The students were also impressed by the American nurses and nursing students’ activities. On the second to last day of the Tour, three participating students made speeches in English at a reception held at Children’s National. The audience gave each of the speakers a standing ovation, and the venue was full of excitement. One particularly moving scene was when the students praised each other in tears as they overflowed with emotion at the end of the two-week U.S. Tour.

Now that the Tour has concluded, the students stand at the starting point of their journeys. From now on, it is their turn to bring back that knowledge and experience, and contribute to their regions and communities. The students, as future leaders of the next generation, are expected to establish the future of disaster medicine and disaster nursing, and engage in innovative and sustainable activities.