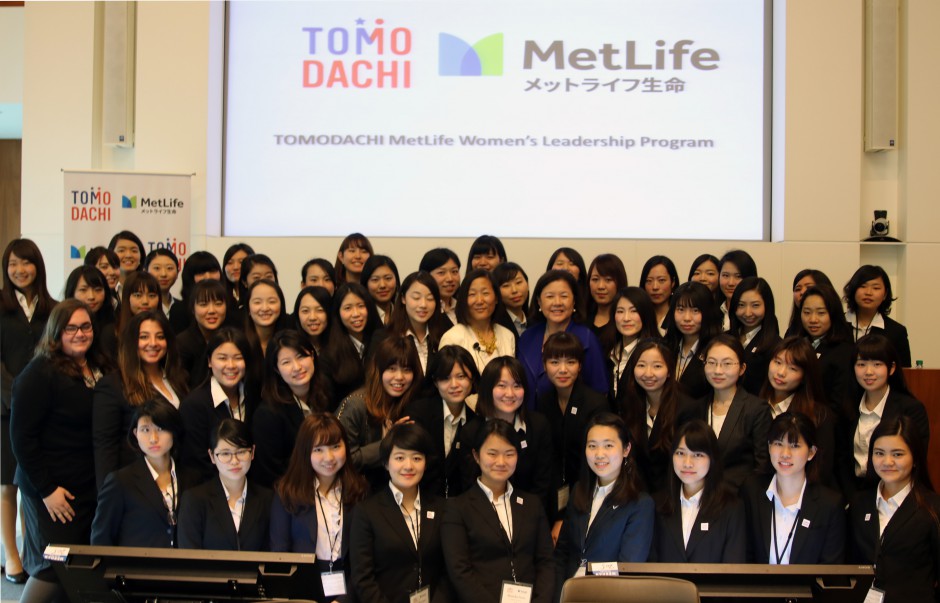 From March 21 – 29, 2017 a select group of 50 female Japanese undergraduate university students from Tokyo, Osaka, Naha, and Sapporo traveled to Washington, D.C. and New York City to meet with influential women leaders as part of the TOMODACHI MetLife Women’s Leadership Program. 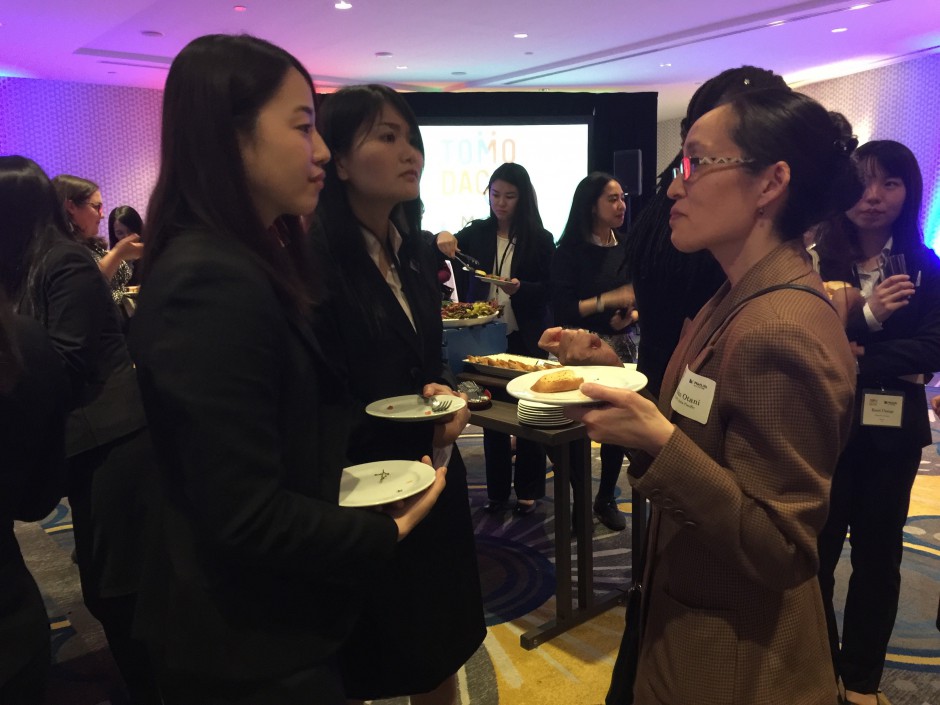 China Kotake, a *mentee from Naha, was pleased to share her entrepreneurial ideas with Greta Schettler, Vice President of WeConnect International, who gave her advice on building a successful business. Ms. Kotake wrote, “I learned a lot, and have been inspired by the speakers, guests, and members. I now have a model of ‘the ideal woman leader.’” Chihiro Ban, a mentee from Osaka, found the trip to be “an unforgettable experience that will help me make decisions about my future.” “Before this program,” says Kazuha Matsuo, a mentee from Tokyo, “I was not able to focus on my future goals because I didn’t know who I was and what I wanted to do, but now I have a sense of my own direction. I was inspired by the people I met.”

In Washington, D.C., the mentees met with female leaders from the government, corporate, nonprofit, and entrepreneurship sectors, including: Congressman Joaquin Castro; Susan Greenwell, Senior Vice President and Head of International Government Relations at MetLife; Eileen Pennington, Asia Foundation Associate Director; and Vanessa Kerry, Co-founder and CEO of Seed Global Health. The mentees attended skill-building workshops, cultural events, cross-generational exchanges, and networking events. They had discussions with a range of professionals, including coffee meetings with couples balancing the demands of two careers and raising children, and lunch with female diplomats from the Embassy of Japan.

On March 26, the mentees traveled to New York City, where they interacted with students and faculty from Barnard’s Athena Center for Leadership Studies and Columbia University, and participated in full day of activities at the headquarters of MetLife Insurance Company USA. They heard from Esther Lee, MetLife’s Executive Vice President and Global Chief Marketing Officer, and Irene Hirano Inouye, President of the U.S.-Japan Council. They had lunch with women in senior positions at MetLife and then delivered their own presentations on leadership and ways to motivate youth in Japan in order to foster the next generation of women leaders.

During the closing session, the students reflected on and shared their personal developments during their trip to the US and since the program began in September 2016, such as gaining self-confidence and leadership skills.

After returning to Tokyo, the women will reconvene with their mentors for a capstone two-day Annual Conference on May 27 and 28, 2017.

*In this program, participants are called “mentees” who are paired up with their young professional female mentors.

Apr 25, 2017
ABOUT US
PROGRAMS & ACTIVITIES
NEWS & MEDIA
GET INVOLVED
CONTACT US