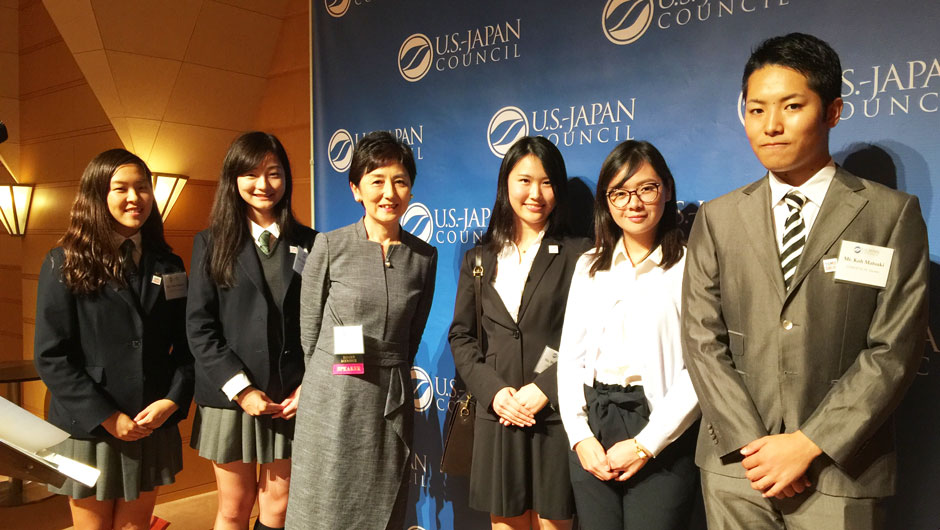 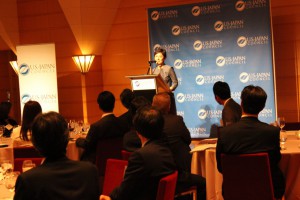 On October 19, 2016, five alumni from various programs were invited to an exclusive meeting with special guest Ms. Hiroko Kuniya, former anchor for NHK’s “Close-up Gendai” news analysis program. This was the 8th U.S.-Japan Council Business Advisory Board Meeting in Tokyo, and was attended by over 50 prominent business executives

Ms. Kuniya spoke about how she began her career as a journalist. As an anchor of the popular news program “Close-up Gendai” which digs deep into trends and society in Japan, she witnessed the various changes that Japan experienced such as the collapse of the bubble economy and political reform. She always believed in the power of the word and tried to seek the truth hidden behind complex issues by conducting interviews and asking tough questions.

Furthermore, Ms. Kuniya pointed out the different styles of journalism in Japan and the United States, and the future of journalism in Japan. She explained that there is pressure to conform in Japan, even in journalism, and she strongly believes that this needs to change in order to convey the news accurately.  She also recommended that the public needs to become more information literate in this internet age, where there is so much information.

The TOMODACHI alumni, all selected for their interest in journalism, listened to her speech intently as they nodded and were stimulated by her inspiring story.

In addition to the inspirational and thought-provoking speech by Ms. Kuniya, the alumni had an opportunity to network with many business leaders in Japan; all with extensive experience working in both the United States and Japan.

This was the third meeting in which TOMODACHI alumni were invited to this exclusive meeting as representatives of the next generation of leaders in U.S.-Japan relations.

One of the alumni who participated, Hanako Hirata commented on Ms. Kuniya’s speech. “I was impressed with Ms. Kuniya’s insight on the necessity of finding a neutral perspective on information and her ability to capture many topics from various angles. It made me want to incorporate this type of attitude as I proceed in life.”

Oct 28, 2016
ABOUT US
PROGRAMS & ACTIVITIES
NEWS & MEDIA
GET INVOLVED
CONTACT US