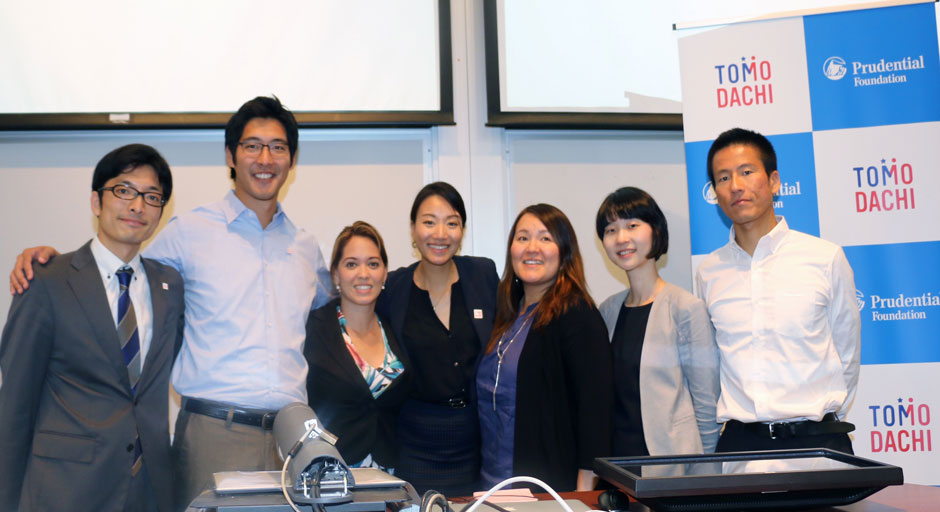 On August 19-21, 2016, over sixty leaders consisting of alumni of the TOMODACHI Emerging Leaders Program, the TOMODACHI-Mitsui & Co. Leadership Program, and other U.S.-Japan Council (USJC) Associate Members under the age of 40 gathered from across the United States and Japan to attend the inaugural U.S.-Japan Council U40 Summit: Embracing Risk held in Los Angeles, California. Organized by the U.S.-Japan Council’s (USJC) TOMODACHI Emerging Leadership Program, the U40 Summit opened with remarks from USJC President, Ms. Irene Hirano Inouye, as she imparted three important messages: get out your comfort zone, work together, and think big.

On the day prior to the summit, as a part of the USJC Culinary Diplomacy visits, the participants had an optional site tour of Hawaiian Host and King’s Hawaiian factories where they learned about successful Japanese-Americans owning and running the business since 1920 and 1950 respectively. 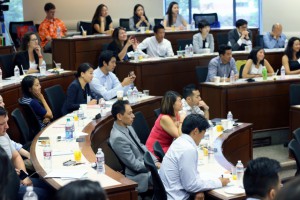 The main program of the U40 Summit started on August 20 under the theme Embracing Risk. The discussion throughout the day covered topics that Japanese Americans and those interested in U.S.-Japan relations feel are important today. The discussions opened with a panel of Japanese Americans identifying “risk” where each of the panelists shared their story of how they took that leap and discussed the reasons why Japanese and Japanese Americans tend to be more risk-adverse, and what issues within culture and society push them in that direction.

This discussion was followed by breakout sessions where topics included:

The new Regional Framework for the TOMODACHI Alumni Engagement was introduced during this Summit, and the regional mentors had an opportunity to participate and identify as alumni mentors in Japan, representing Japanese society, culture, and mindset.

Finally, in the last section of the Summit, discussions were held in regional groups. In the Japan region, it was a great opportunity for the TOMODACHI Alumni Regional Mentors to share the characteristics and challenges of their region and their plans/goals for the coming year with their student leaders. The Regional Mentors discussed how they would like to keep their focus on establishing well-connected networks that are not only limited in the own region but that they plan to collaborate with one another to build a stronger system between young professionals to support the younger generations. They also mentioned that they look forward to meeting each TOMODACHI participant so that they would not close off their experience through the TOMODACHI programs as a one-time deal, but to think about why they are here and to “Think Big” as Ms. Irene Hirano Inouye mentioned at the start of the Summit.

The participation of TOMODACHI alumni in this inaugural U40 Summit was made possible by the TOMODACHI Alumni Leadership Program through generous support by the Prudential Foundation.