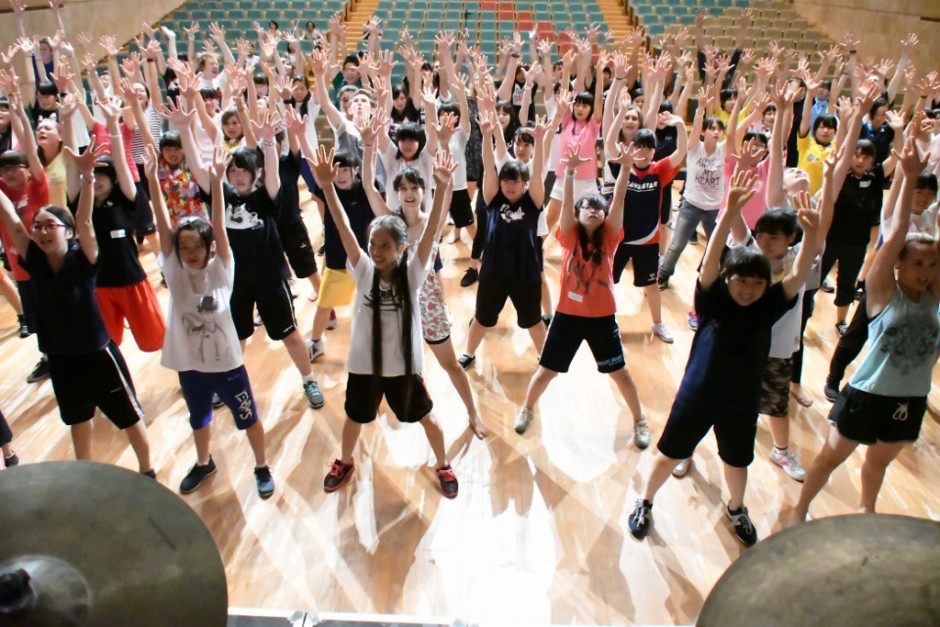 From August 18-21, 2016, Step 1 of the TOMODACHI High School Women Career Mentoring Program in Fukushima 2016, entitled “Dance Workshop with the Young Americans”, took place in Tokyo. One hundred twenty two sophomore high school women throughout Fukushima prefecture were selected to participate in this career mentoring program, which consists of four sessions or “steps”. In the course of the program, the students interact and learn from female mentors with various backgrounds, nationalities, and careers. The goal of the program is support the students so that they can broaden their perspectives and gain the confidence to open doors and opportunities for their futures.

During the program, participants are divided into groups of 6-7 that consist of students from different regions and school. Twenty TOMODACHI alumni, who are university/technical school students, are also selected from Fukushima, Miygai, and Iwate prefectures to closely support each of the groups as mentors. In addition, four college students from the three Tohoku prefectures plan and organize this program as project assistants.

The first day of step 1 consisted of an opening session, followed by a team building exercise in which the participants played games to break the ice and to get acquainted with each other. 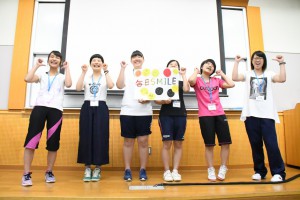 On the second day, the participants continued their team building activities by creating team names and slogans, which they presented in front of all of the participants with their individual team pose. On a piece of paper, they wrote down “How they envision themselves now and how they want to grow in the next six months during the program,” folded them into paper airplanes, and flew them in the clear sky at Yoyogi Park in Tokyo.

Finally, in the afternoon the Young Americans (YA), an American non-profit organization dedicated to music education, launched their workshop. In two days, the students learned 20 dances and memorized a one-hour dance routine that was to be performed on the third day. At first, the participants were nervous and stepped back when the dancing began. However, the director instructed them that they need to, “Choose to Step Forward,” and the participants slowly began stepping up even if they could not dance or sing. 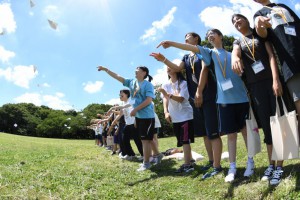 In the session after the workshop, the students expressed their feelings and the changes they felt through drawings, and a participant commented, “Our similarities are that we are all different, and that is our strength.” It was a fruitful session in which the students realized their ability to accept their differences and to build trust.

During the show, every participant performed with such vibrant energy and expression that the audience could not tell the participants and YA members apart. When the students were not performing, they supported their teammates from the sidelines, and it was a very impressive and touching show.

In the four days that comprised of step 1 of the program, the participants learned the importance and satisfaction of creating something with a group, opening themselves up to new challenges, and trusting teammates. This experience will help prepare the participants for Step 2: Session with Foreign Exchange Students Studying in Japan, which will take place from October 29-30, 2016. The theme is “Challenge”. Participants will discuss with the foreign exchanges students the reasons why these exchange students of different nationalities chose to study in Japan, their future dreams, and their struggles. Through the discussions, the participants will determine what they’d like to challenge, develop goals, and define how to meet them.

Aug 28, 2016
ABOUT US
PROGRAMS & ACTIVITIES
NEWS & MEDIA
GET INVOLVED
CONTACT US