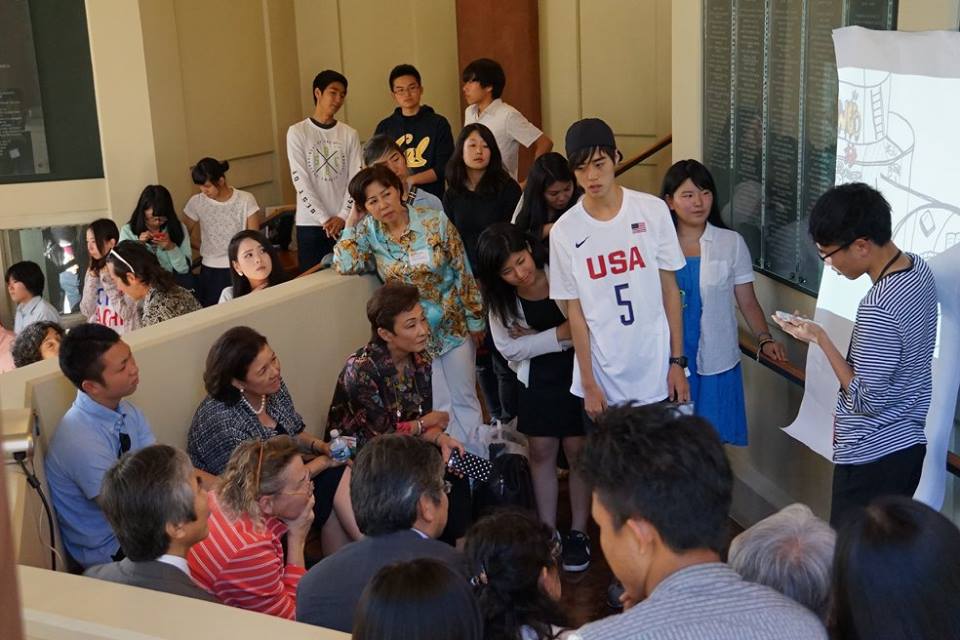 From July 21 to August 10, 2016, one hundred students from the Tohoku region – Iwate, Miyagi, and Fukushima prefectures – traveled to America and participated in the TOMODACHI Summer 2016 SoftBank Leadership Program and learned about the Y-PLAN (Youth, Plan, Learn, Act, Now!), an intensive community revitalization program run by the University of California, Berkeley. 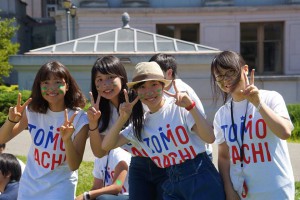 The three-week program commenced with a team building session in which the students were divided into four groups. While in these groups, the students spent the first week exploring their own stories, sharing them with others, and taking an intensive workshop focused on developing a plan for community building and sustainability.

In this discussion-based workshop, the instructor solicited ideas and opinions from the students. The students were hesitant at first, due to the difference in classroom style in Japanese schools. However, as they became accustomed to this classroom style, they began to speak up and raise their hands to participate in the discussions.

During the workshop, the students visited Oakland, a city located close to Berkeley, where they met with many people, including young people their age who are involved in community building projects. By physically visiting and walking through the city, the students identified existing problems in the region. From their findings, each team developed action plans for the city, and had an opportunity to present their plans to the mayor of Oakland.

From their experience in Oakland, the high school students gained insights into community building. During the final week, the students constructed and presented their action plan for Tohoku. 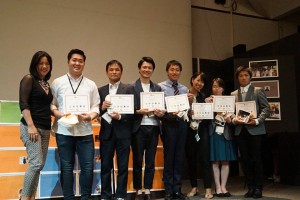 Almost five and a half years have passed since the disaster, and the students reflected on their own experiences from the 3.11 Great East Japan Earthquake. The program participants presented a total of 75 plans from their perspectives as high school students, which included plans to push for the revitalization of affected regions, to improve upon Fukushima prefecture’s reputational damage, to encourage town development that attract tourists, to supply regional foods, to connect children and the elderly in the community, and to interact with workers who are working on radiation cleanup.

During the three-week training abroad in America, the high school students learned leadership skills through friendly competition between the 100 colleagues and program participants. They reflected upon the current situation and future of Tohoku, discussed the “Present and Future of Tohoku,” and took their first steps to becoming the next generation of Tohoku leaders.

Aug 28, 2016
ABOUT US
PROGRAMS & ACTIVITIES
NEWS & MEDIA
GET INVOLVED
CONTACT US