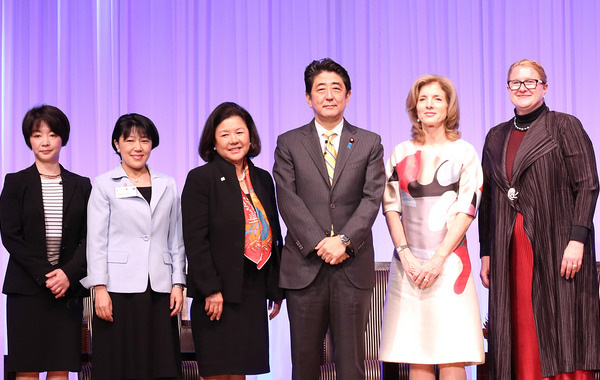 “I want every woman to notice their own potential and positively participate [in] society . . . I want to spread what I learned [from the Women in Business Summit presentations] to other women,” said Haruka Satake from Osaka.  She and two of her TOMODACHI MetLife Women’s Leadership Program (TMWLP) cohorts attended the Women in Business (WIB) Summit, co-hosted by the U.S.-Japan Council (USJC) and the American Chamber of Commerce in Japan (ACCJ), at the ANA Intercontinental Hotel in Tokyo on May 27.

The Summit headlined by Prime Minister Abe, U.S. Ambassador Kennedy and USJC President Irene Hirano Inouye, featured women leaders from a wide range of sectors, including USJC members and Strategic Partners. The Plenary Panelists discussed ways to improve conditions and representation of women in the private sector. The theme, “Womenomics: Engine for Economic Growth,” inspired the TOMODACHI alumni to not only understand their strengths in the global context but also develop their own aspirations and support networks. They received advice from attending members and breakout session panelists such as Strategic Partner CEOs with daughters, young women entrepreneurs who experienced growing pains, and women in science, technology, engineering and math.

Misato Oi, a G20 Japan representative, found an advocate for her group in the Plenary Lunch Session when one audience member suggested that the Japanese government host the young women’s global gathering in Japan. “I was really excited to be a part of the amazing people, and of course the TOMODACHI family. After hearing all these stories, I am passionate to be a voice of myself, my friends, and my generation.”

She expressed her experience in haiku at the end of the day:

Indeed, the TOMODACHI alumni are making a difference. 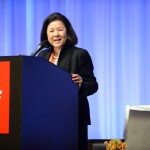 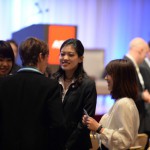 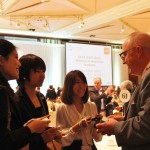 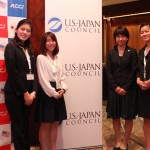 May 28, 2014
ABOUT US
PROGRAMS & ACTIVITIES
NEWS & MEDIA
GET INVOLVED
CONTACT US