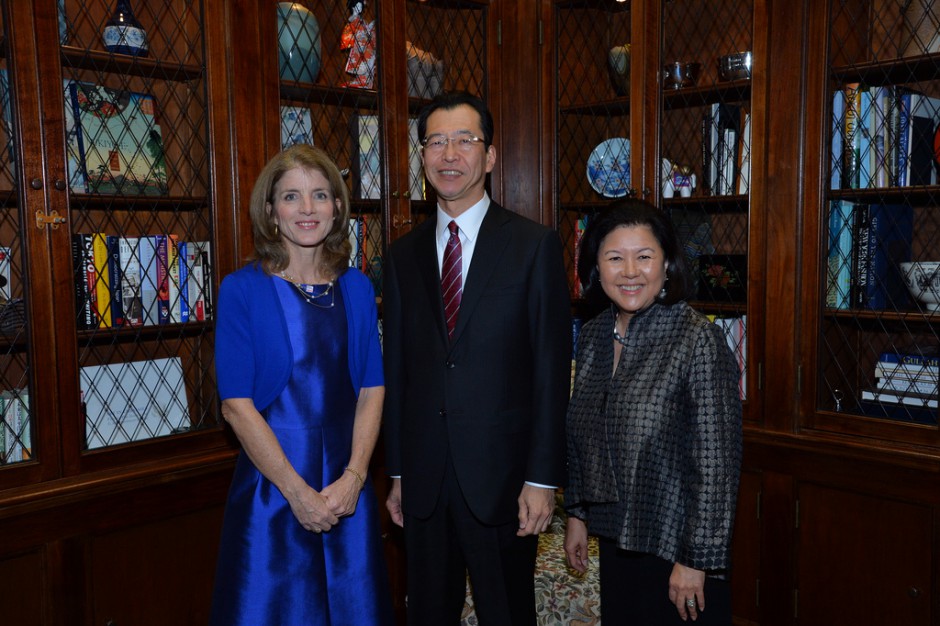 TOKYO, JAPAN, December 13, 2013 – Honda Motor Co., Ltd. (“Honda”) today announced the launch of the “TOMODACHI Honda Cultural Exchange Program,” marking the beginning of a Honda partnership with the U.S.-Japan Council as one of the strategic partners of the TOMODACHI Initiative, a public-private partnership that invests in the next generation of Japanese and American leaders through educational and cultural exchanges, as well as leadership and entrepreneurship programs.

In partnership with the U.S.-Japan Council, a non-profit organization, Honda plans to create the “TOMODACHI Honda Cultural Exchange Program,” which will be implemented for a three-year period between 2015 and 2017.  As a kick-off to this Cultural Exchange Program, American Honda, which is the Presenting Sponsor of the 2014 Rose Parade in Pasadena, Calif., televised in 220 locations worldwide, has made it possible for former TOMODACHI students in southern California to actively participate in the Rose Parade.  Students will be carrying the banner on the Honda float, where a video message from TOMODACHI students in Japan will be played to convey their gratitude for the support given to Japan by the American people after the Great East Japan Earthquake.

In 2015, Honda’s TOMODACHI Initiative efforts will showcase the company’s unique way of supporting education and U.S.-Japan efforts to develop future generations with an experiential learning program of Music as a Universal Language.  Guided by the slogan “The Power of Dreams,” the three-year partnership will continue to forge friendships and understanding between the people of the United States and Japan while giving the people of the Tohoku region the opportunity to thank those who help them rebuild.

Students from the TOMODACHI Initiative will join Honda in a joint effort to experience various music, cultures and dreams of opportunity for the next generation of leaders by showcasing an educational experience leading to the presentation of America’s New Year’s Celebration, the historic Rose Parade.

This program provides an opportunity to help educate both countries about the TOMODACHI Initiative and inspire the students to rebuild their dreams and renew their hope for the future. The TOMODACHI Honda Cultural Exchange Program will be implemented for three consecutive years.

“Honda has long-appreciated our special relationship with the American people and the success of our company is due in part to the deep roots we have established in America,” said Fumihiko Ike, Chairman and Representative Director, Honda Motor Co., Ltd.  “In addition to supporting the important reconstruction effort of the Tohoku region, the TOMODACHI Initiative helped turn the devastation of the Great East Japan Earthquake into an opportunity to further the friendship between the U.S. and Japan.  We want to see this effort continue to grow in the future.”

“We are delighted to hear that Honda Motor Co., Ltd. has partnered with the TOMODACHI Initiative,” stated U.S. Ambassador to Japan Caroline Kennedy.  “Honda’s generous funding will make it possible for TOMODACHI and Honda to create an exchange program where students can experience American tradition, culture and the Rose Parade, which will bring closer ties between the next generation of the United States and Japan in creating a stronger and enduring relationship between the two nations.”

About the TOMODACHI Initiative

The TOMODACHI Initiative is a public-private partnership, born out of support for Japan’s recovery from the Great East Japan Earthquake, that invests in the next generation of Japanese and American leaders through educational and cultural exchanges as well as entrepreneurship and leadership programs. We seek to foster a “TOMODACHI generation” of young American and Japanese leaders who are committed to and engaged in strengthening U.S.-Japan relations, appreciate each other’s countries and cultures, and possess the global skills and mindsets needed to contribute to and thrive in a more cooperative, prosperous, and secure world.

For Questions Regarding this Press Release
TOMODACHI Initiative

Dec 13, 2013
ABOUT US
PROGRAMS & ACTIVITIES
NEWS & MEDIA
GET INVOLVED
CONTACT US