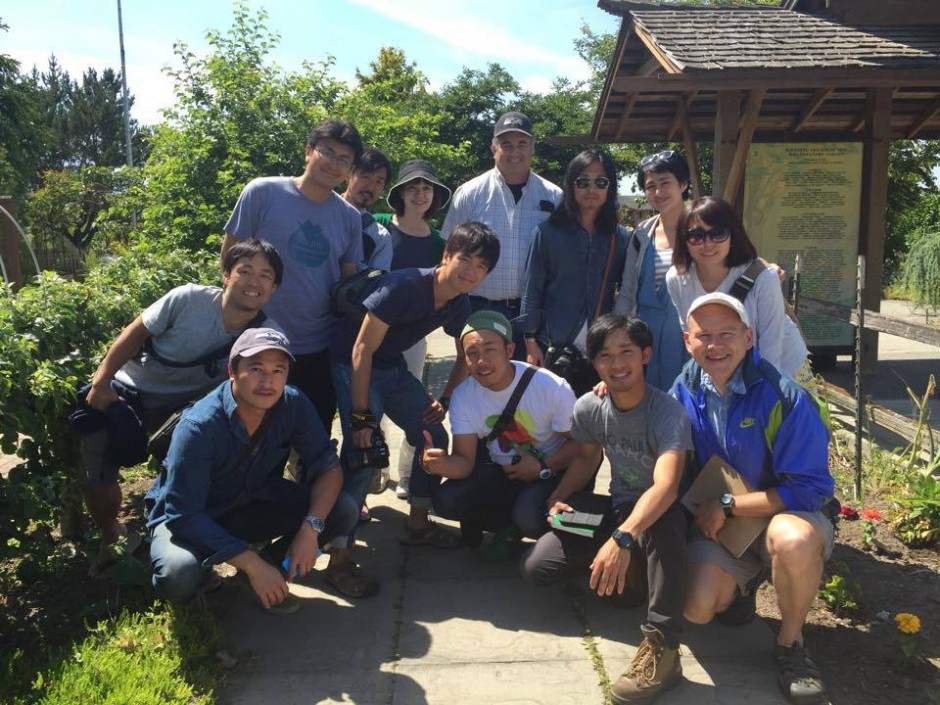 TOMODACHI FIRST (Food Innovation for Regional Sustainability in Tohoku) Program invests in the future of food innovation in Japan, with particular focus on the Tohoku region. This program grows the leadership and cross-cultural skills within the next generation of Japanese (from university students to age 35), who are committed to social innovation in the production, processing, distribution, and/or consumption of food in Japan. 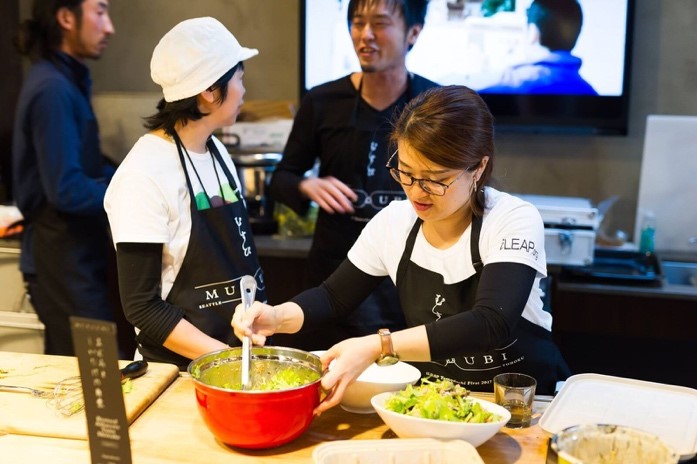 From May 1 – May 13, 2017, eight young Japanese leaders dedicated to revitalizing the food industry in Tohoku traveled to Seattle, Washington for the 2017 TOMODACHI Food Innovation for Regional Sustainability in Tohoku (FIRST) Program.

During the program, the delegates were engaged in seminars and visited various organizations around Seattle that spanned the food system. The seminars focused on both leadership and personal reflection, and allowed the delegates to truly understand their own leadership abilities and their inner drives to bring about social change. The participants also gained a fresh perspective on how to collaborate with new people to create an even more powerful impact. Read More>> 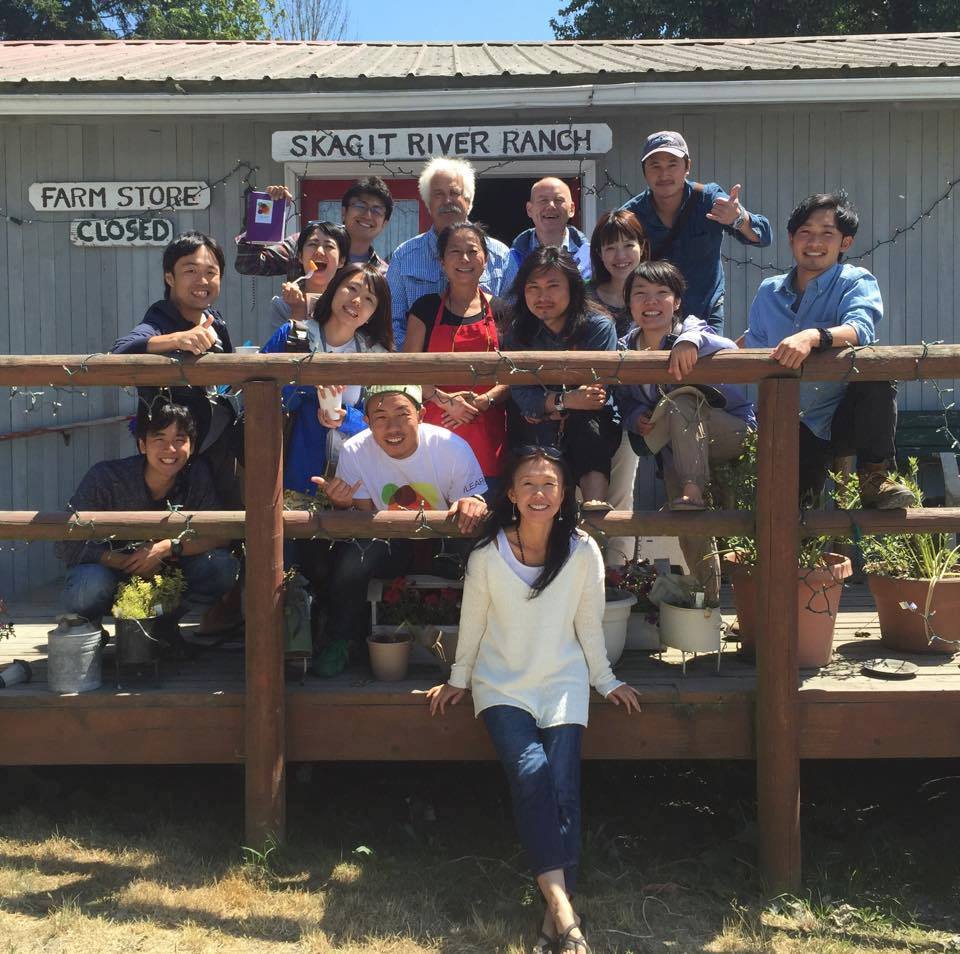 This program invests in the future of food and farming innovation in Japan, with a particular focus on Tohoku, by growing the leadership and cross-cultural skills of the next generation of Japanese who are committed to social innovation in the production, processing, distribution, and consumption of food in Japan. The program took 10-12 Japanese participants to Seattle, Washington from May 16-29, 2016 to take part in a two-week training that balances content/technical education with hands-on learning and personal and reflective inquiry. Participants had many opportunities to meet with American leaders in the Pacific Northwest who share a commitment to transforming the food system, as well to give public talks to U.S. audiences about the innovative activities in Japan. This was the second iteration of this program to be funded by TOMODACHI.
Special thanks to Delta Airlines for contributing complimentary flights to the participants. 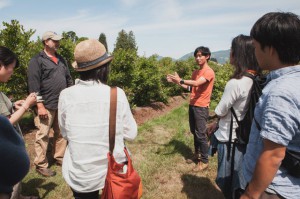 From June 6 to June 19, 2015, approximately 10 participants from Tohoku traveled to Seattle, Washington to take part in a two-week training that amplified their capacity to transform the food system in Tohoku and throughout Japan.
They expressed their desire to set a long-term plan for food innovation and sustainability in the Tohoku region and how they can give back to their communities upon returning to Japan. Many wish to expand their businesses globally and introduce modern/international philosophies into their respective workplaces. On July 27, they gathered in Tokyo to follow up on this mission and presented to the group their individual long-term plans for food innovation and sustainability in the Tohoku region. More>>

Born and raised in Shiogama, Miyagi, Akama has spent his entire life in his hometown. He is in charge of production management at SEA FOODS AKAMA Co., Ltd, and at the same time is a co-president of Fisherman Japan, launched in 2014.
More> 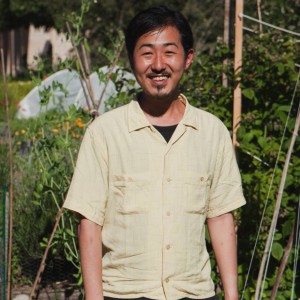 Shota Morikawa
Born in Shizuoka and driven by his interest in media, Morikawa took a job with a publishing company in Tokyo when he was 20 years old. After an interview with an organic farmer of a similar age, he keenly realized how hard it is to operate a farm and the challenging efforts of farm producers.
More>> 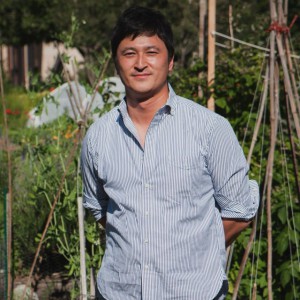 Shitautsubo Yukinori
Born in Hironocho in Iwate, Shitautsubo has 7 years of corporate experience. After 7 years, he could not resist the urge to do something in his hometown and follow his entrepreneurship-oriented mind.He founded his own company Hirono-ya in 2010 to market local seafood.
More>> 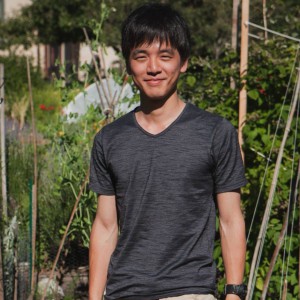 Yuto Yamashita
Born in Saga, Yamashita studied in Yokohama. He was selected to join a Saga delegation to learn about entrepreneurship, and visited California in 2011. It was during this visit that the Great East Japan Earthquake occurred. Experiencing this life-changing moment outside of Japan made him realize that he survived for a reason, and that he needed to give back to Tohoku and Japan.
More>> 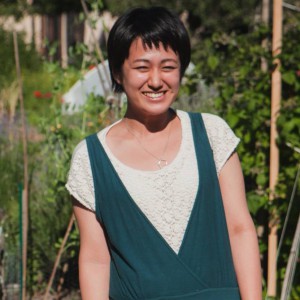 Satomi Ono
Born in Kesennuma, Miyagi, Ono is currently in the 2nd year of her Master of Arts in Media and Governance degree at Keio University. She grew up seeing how local communities are formed at her father’s restaurant in Kesennuma. After 3.11, she realized her indifference and ignorance of society and the economy.
More>> 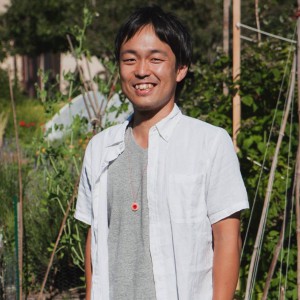 Yuichi Tomohiro
After graduating from Waseda University, Tomohiro traveled around Japan, where he stayed with more than 70 farmers and fishermen and pursued his passion to learn about sustainable living. After learning more about the needs of farmers and fishermen, he began to organize farmers’ markets in Tokyo, connecting farmers in provincial areas of Japan with urban consumers.
More>> 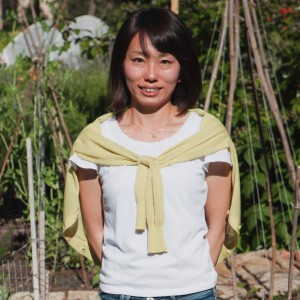 Tomomi Sato
Born and raised in Ishinomaki, Miyagi, Sato has always been very locally oriented. The Great East Japan Earthquake in 2011 completely changed her life and perspective. Since 2011, she has been strongly motivated to give back to the community where she grew up, so she started building an e-commerce website called Ishinomaki Genki Shoten to market locally made seafood. 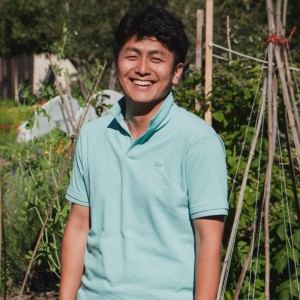 Motomi Saito
Born in Yamagata, Saito grew up helping with his grandfather’s farming work until he decided to go to Tokyo to further his education. He studied Physics in Tokyo University of Science and the University of California. He was enjoying his urban life and exploring the world, and then in 2011 the Great East Japan Earthquake occurred.
More>> 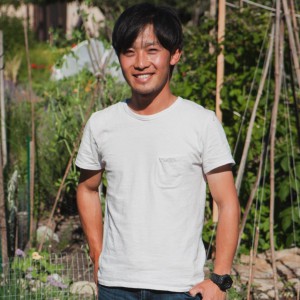 Shota Yuki
Born and raised in Miyagi as a third generation apple farmer, studying agriculture in Japan and the U.S. was a very natural path for Yuki. In 2011, his town, Watari Cho was devastated from the Great East Japan Earthquake and Tsunami, but fortunately his farm was still operable.
More>> 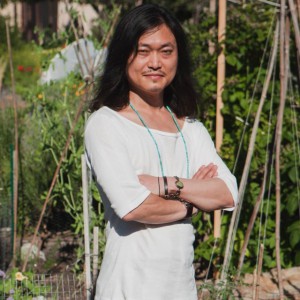 Yasushi Takahashi
Takahashi was born and raised in Iwasaki, Akita, where he now works as the Managing Director of Takano & Corporation/Yamamoto Miso and Soy Sauce Brewing Company, founded in 1867 by his family. His dream is to have his family’s company be known internationally for its innovative business model, bringing new design and cultural trends to local traditions. More>>