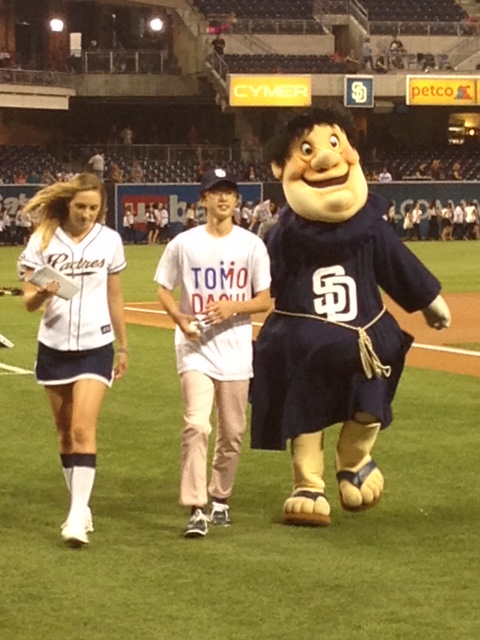 From September 23 – 30, 2014, 15 students from Hirono Town, Fukushima traveled to San Diego, California to participate in the 24th Japan-America Grassroots Summit.  In the program, students took part in several educational workshops, local cultural exchanges, homestay experiences, visit local universities and several companies, in addition to discussing the topic of energy in the future and the “common project” between students of Hirono and San Diego.  They participated in the Opening and Closing events of the 24th Japan America Grassroots Summit 2014 in the San Diego Region and had the opportunity to sing in the chorus.

Hirono is well known as the “home of Japanese children’s songs”.  The students have been singing as part of the chorus from an early age.  In the United States, they performed in schools, the Opening of the Summit and at various other venues to expose Americans to the Japanese culture through song.

This program provided the students with the chance to experience a homestay with an American family, to see a Major League Baseball game, to meet American students by visiting their school, and to visit San Diego University.