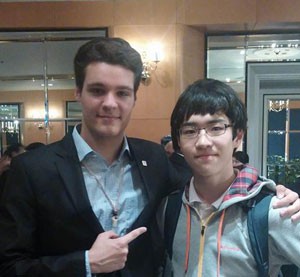 Omar Saracevic participated in the TOMODACHI Toshiba Science & Technology Leadership Academy in 2015 and more recently, the Junior-7 Summit in Mie as a TOMODACHI alumnus. He attends Thomas Jefferson High School for Science and Technology in Alexandria, Virginia and is interested in Biomedical Engineering.

Read below for his experience participating in the Junior-7 Summit in Mie:

Less than a year since I had traveled to Japan for the first time I found myself in a similar situation as I boarded the 12 hour flight from Denver to Tokyo’s Narita International Airport. The first time I had traveled to Japan was when I was initiated as a member of the TOMODACHI Generation as part of the TOMODACHI Toshiba Science & Technology Leadership Academy. I had worked alongside seven other American students and eight Japanese students to create a Smart Community for the Future according to Toshiba standards. That experience had left me with a deep commitment to go to Japan once again and tighten the US-Japan relations on an adolescent level.

©Courtesy of the 2016 Junior Summit Secretariat

However, this time I was traveling to represent the United States for a difference conference, the G7 Junior Summit. Although my experience the prior summer consisted of me spending time in Tokyo and seeing sights such as the Tokyo Skytree, touring Asakusa and hiking Mt. Takao, this time I would be headed towards a different prefecture and city of Japan: Mie Prefecture and Kuwana City.

From April 19-29, 2016,  I interacted with 27 students from G7 nations to come up with solutions to problems including gender inequality, climate change, economic disparity and human capital. My group, the economic disparity team, came to specific solutions including ones pertaining to inclusive growth, decreasing the capital gap between developed and developing nations as well as eliminating corruption and tax evasion. At the end of our stay in Kuwana City I had the pleasure of giving a speech on behalf of my group to the Prime Minister’s Wife, Mrs. Akie Abe, the Governor of Mie Eikei Suzuki and the Mayor of Kuwana City Narutaka Ito. 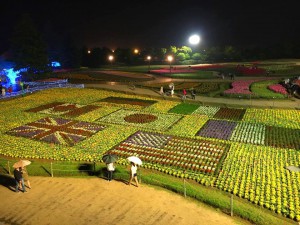 Throughout my stay in Mie Prefecture I had the opportunity to visit local fisheries and learn about their conservation efforts, learn about past pollution problems, try the world famous Matsuzaka beef cooked by high school students and visit the Senjuji Temple. The most memorable experience of the trip was taking part in the local Ishidori festival which is said to be “the loudest festival in all of Japan.” After taking part in this festival and learning how to bang the drums and gongs, we were given a tour of the Nabana no Sato garden which featured LED lighted tunnels and flowers planted in the shape of the G7 flags featured below.

The last part of the trip included a short stay in Tokyo where we got to meet the Prime Minister at his residency and discuss what had been performed in the week leading up to the meeting. After meeting with the Prime Minister we were offered to visit the US Embassy and speak with Ambassador Kennedy about what we had accomplished, the resolutions we had created as well as what our future goals were. Meeting Mrs. Kennedy was truly a remarkable experience as she is and has been an iconic figure throughout the world and handing her the Kuwana Junior Communique was especially important for the US students as it showed the hard work we had demonstrated throughout the past week. One last experience we would have before leaving Japan would be a homestay with a local student from Senior High School of Otsuka, University of Tsukuba. Being able to experience life in a Japanese house, eat dinner with a Japanese host family and converse about daily life with my host brother and sister are memories which will be worth preserving as I hope to continue this lifelong relationship that has been built as a result of this summit. 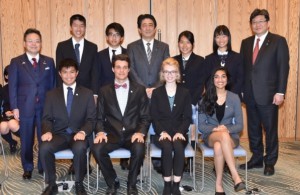 As I said my final goodbyes and headed back to the United States, I knew there would be a hole left in me and yet another, even stronger yearning to return to this land of hospitality, precision, and one that had opened up its culture to me, not once but twice.

Note: I would like to thank everyone who made this opportunity possible from the US Department of State in partnership with the US-Japan Council and the TOMODACHI Initiative for selecting me to represent the United States, to Japan’s Ministry of Foreign Affairs and the Aeon 1% Foundation for supporting us throughout the duration of our stay!